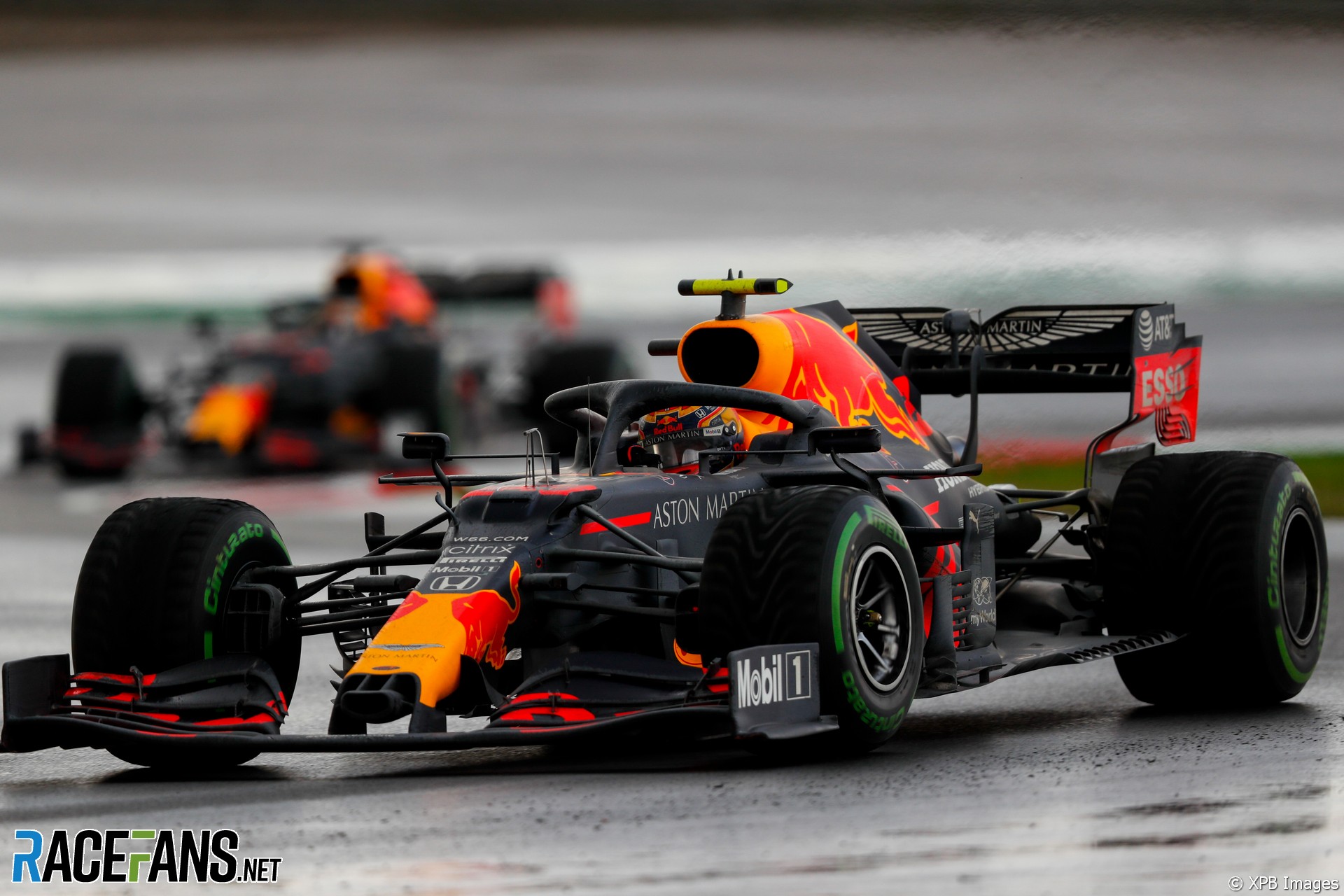 Alexander Albon says he is feeling more confident at the wheel of his Red Bull following the latest changes the team made at the Turkish Grand Prix weekend.

His place at the team is under doubt for the 2021 F1 season as he lags 100 points behind team mate Max Verstappen in the drivers championship. Red Bull have indicated they are considering whether to replace Albon with a more experienced driver, such as the out-of-contract Sergio Perez or Nico Hulkenberg, next year.

Team principal Christian Horner said during the Portuguese Grand Prix weekend Albon needed to raise his game in that round and at Imola to make his case to remain at the team in 2021. He scored no points in those races.

However in recent days Albon’s chances of retaining his seat seem to have improved. Last weekend Horner said the team may not decide on their 2021 drivers before the end of the season, giving Albon more time to prove himself. The team has also scheduled a post-season social media fan event on December 17th including Albon.

Red Bull described Albon’s Turkish Grand Prix performance as “one of [his] strongest weekends in Formula 1”. He equalled the best qualifying position of his career with fourth and took the chequered flag seventh behind Verstappen, though both drivers spun during the race.

The event was run in very difficult conditions, on a slippery surface made even more treacherous by rain. However Albon felt he had a “strong weekend” and said he was encouraged by the improvements in his car’s balance.

“It was a good weekend for me,” he said. “We tried some things on my car which we think made it more predictable.

“As a team we were also very strong and considering how well we started the weekend it is a little frustrating to come away with so little. But there are a lot of positives to take from Turkey.”

“I’m confident we’re headed in the right direction,” he added. “On my side things have been getting better and I was happy with the car on the simulator so now I’m looking forward to arriving in Bahrain and seeing what we’ve got.”