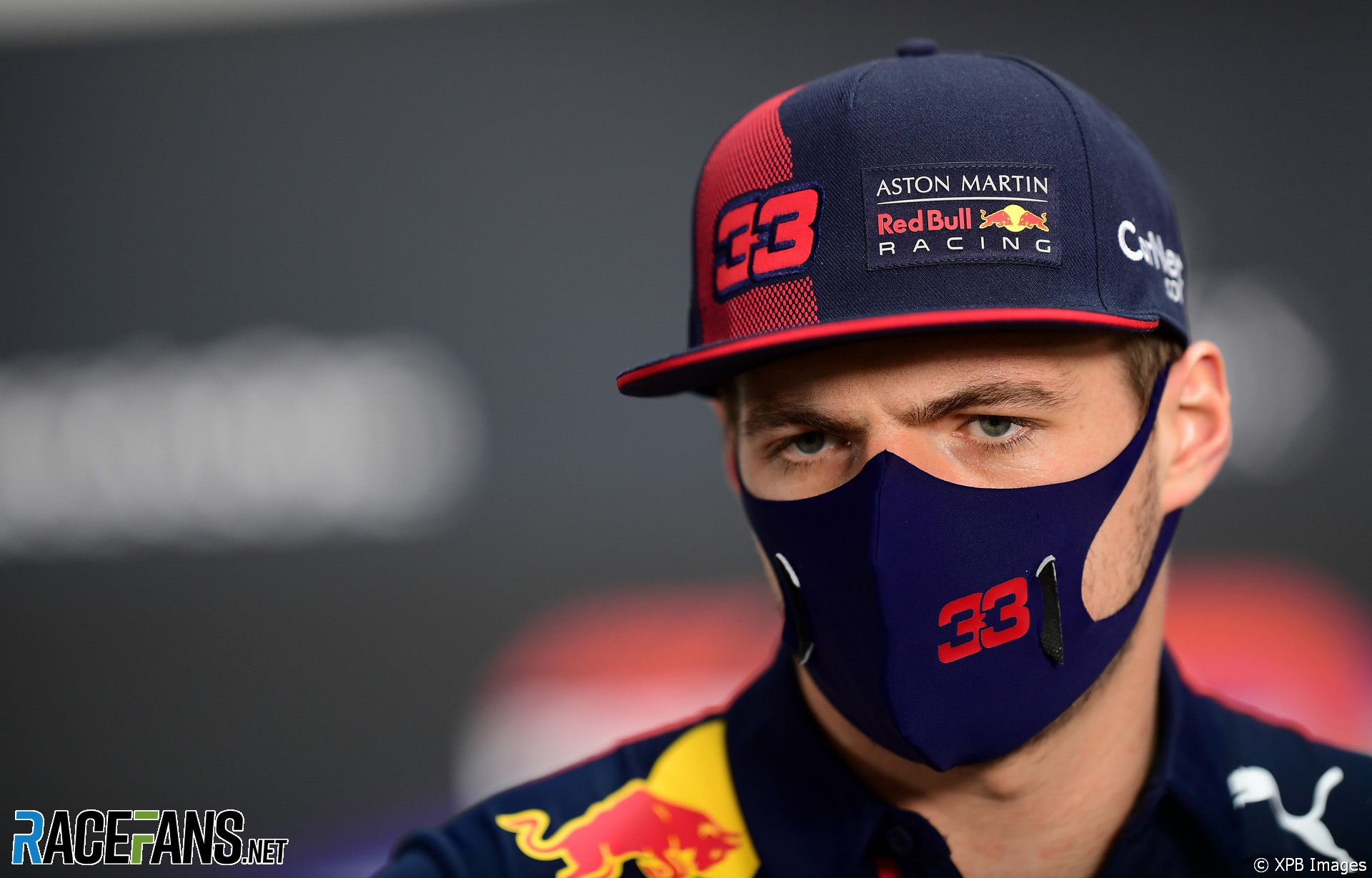 Max Verstappen says comments he made following the Bahrain Grand Prix in response to Romain Grosjean’s crash have been “misunderstood”.

Grosjean suffered burns to his hands in the crash and will miss this weekend’s Sakhir Grand Prix as a result. Sunday’s race was suspended for almost an hour and a half while the crash scene was cleared.

Several replays of the crash were shown during the time, which some drivers said was insensitive. However during Sunday’s press conference Verstappen remarked that he would ‘kick out’ a driver who refused to race following a serious crash.

“I think people misunderstood what I meant,” said Verstappen ahead of this weekend’s Sakhir Grand Prix. What I was trying to say is that as drivers we know the risks when we get in the car and if anyone has doubts they should consider stopping racing.”

Verstappen said the situation would have been different had Grosjean’s injuries been more serious.

“There is nothing wrong with that if you feel uncomfortable to race but we are part of a team and they rely on us to do our job which is drive the car. Had Romain not walked away obviously things would have been very different on Sunday.

“I think back in the sixties and seventies it was way more dangerous and the drivers of that era were still going out on track because they knew it was their job and that’s what they loved to do, even though they knew the risk was very high of losing their friends around them. The safety in place now is incredible and I respect everyone’s own decisions but that is how I feel.

“Nobody ever wants to see an accident like that but all that really matters is that Romain is okay.”

Hamilton: “I don’t think so. I mean, we’re not the safety regulators. So we’re here to do a job and we rely on the FIA who are aware of safety and we trust them implicitly. So, no, I do not think so.”

Verstappen: “I don’t get why you wouldn’t race. If I would be the team boss I would kick him out of the seat.”

Verstappen: “If the guy wouldn’t race, if I would be the team boss I would tell him ‘then you never sit in the seat again’.”

Verstappen: “I hope I will never be a team boss anyway!”

Hamilton: “I feel sorry for anyone that is going to be your driver in the future!”