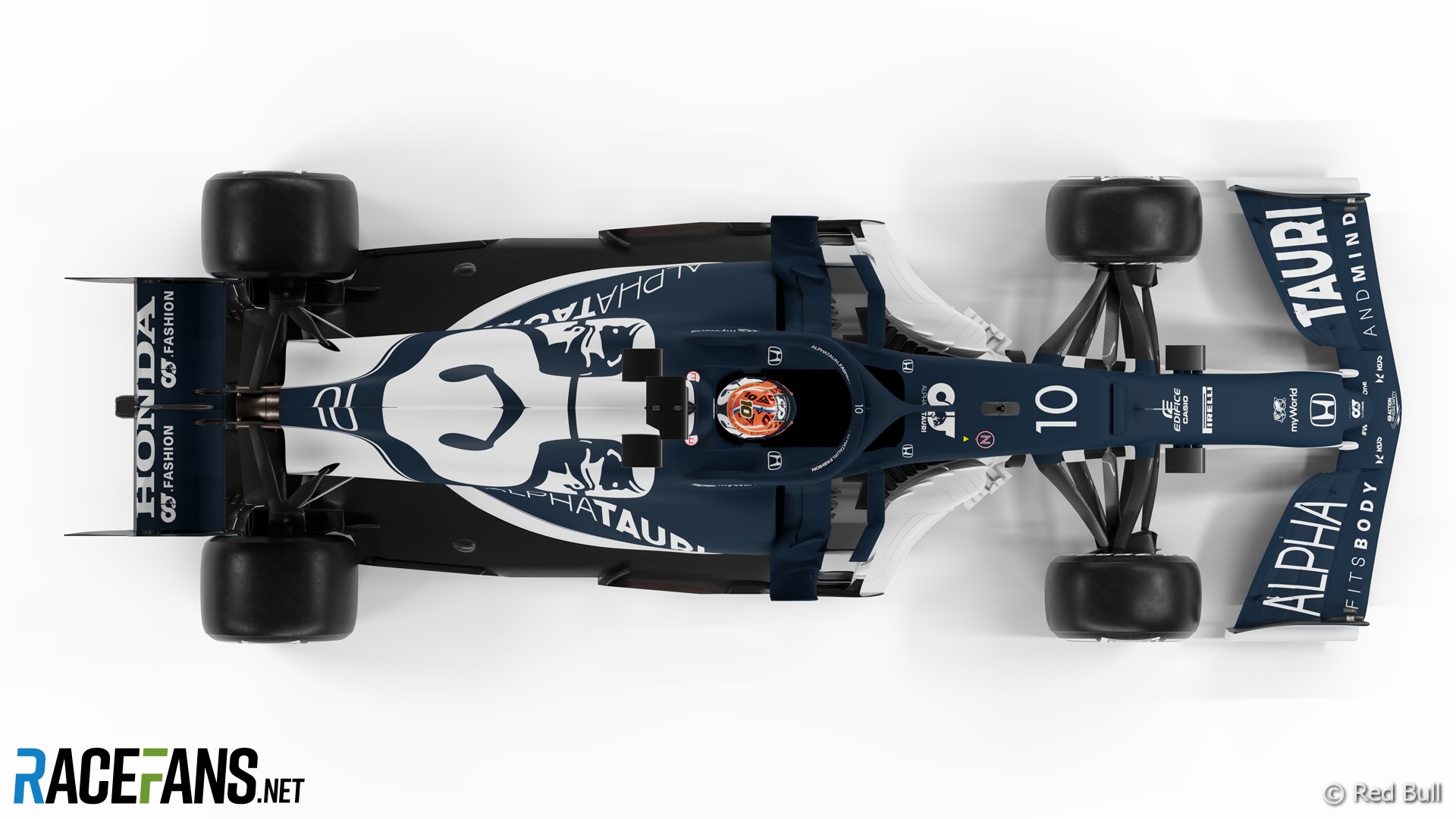 But despite the furore which surrounded the car, which cost the team a 15-point deduction and hefty €400,000 fine), Racing Point’s approach was vindicated. They often had the third-quickest car last year, should have finished that high in the championship, and indeed would have done so without that penalty.

As Racing Point already share the same power unit, gearbox and some other parts with Mercedes, modelling their new machine so closely on the silver car made a lot of sense. And they aren’t the only team which has benefitted from this approach. AlphaTauri has used gearboxes, rear suspension and some front suspension parts supplied by Red Bull since the two teams began using the same power units in 2019 (when AlphaTauri was known as Toro Rosso).

These teams were handed an opportunity when F1’s decided last year to extend the life of the current technical regulations in 2021 by one season as a cost-cutting measure. A system of tokens was introduced restricting how far teams can develop new parts for their cars. However customer teams which obtained components from other competitors were permitted to ‘upgrade’ their 2019 hardware to 2020 specification without expending any tokens.

As Ferrari team principal Mattia Binotto observed last year, this was a gift for the likes of Racing Point and AlphaTauri. “We’ve got limitations in our development for the next year, which is the token system.,” he said. “We’ve got only two tokens to play, trying to address and modify the weaknesses of this year.

“There are teams, which at the moment are not limited by tokens, they’ve got free tokens – Racing Point or AlphaTauri. So those teams will have a competitive advantage to us.”

Racing Point is expected to again take advantage of the opportunity to mimic the world champions’ last car as closely as possible. But AlphaTauri is not doing the same with respect to Red Bull. “We have elected to continue with the same rear suspension and gearbox design as we used in 2020,” confirmed technical director Jody Egginton at the launch of the AT02 on Friday.

Why have they chosen to pass up what should, theoretically, be a free performance upgrade?

The simplest part of the explanation is that they were very pleased with the car they produced last year. “I really believe the AT01 was the best car to be produced by the team,” said Egginton.

He had good cause to be satisfied with it. Yes, the team’s surprise Italian Grand Prix victory came courtesy of a slice of good luck, but there were plenty of other strong performances for them to cheer. Indeed, by the end of the season, they had moved ahead of Racing Point in terms of outright performance.

All teams have to balance the development of their 2021 cars with work on their new chassis for the drastically overhauled technical regulations which will come into force next year. Sticking with a known solution on part of the car therefore has an obvious attraction, allowing AlphaTauri to focus its efforts at the front end, where it has spent its development tokens and introduced some 2020-specification Red Bull hardware.

They may also have noted the difficulties Red Bull encountered with the sometimes tricky handling characteristics of their RB16 and preferred not to risk inheriting them.

The 2021-specification Pirelli tyres are little changed from those used in 2019, so continuing to use their old suspension should limit the amount of learning they have to do in that respect.

Finally, AlphaTauri has also been preoccupied with major changes back at its base, including a move to a larger-scale wind tunnel. “We have recently transitioned our wind tunnel testing from our Bicester 50% wind tunnel facility to the Red Bull 60% wind tunnel facility, which is a further major project to deal with,” Egginton explained. “It was important to make the jump to a 60% model and the team working out of Bicester have managed this transition very well, so far limiting any disruption as much as possible.”

Amid the various disruptions the team has coped with during the off-season – not to mention the ongoing complications arising from the pandemic – sticking with a known quantity at the rear of the car clearly appealed to them. Whether it proves to be a sensible trade-off or a compromise too far we won’t know until they hit the track.

17 comments on “Analysis: AlphaTauri’s curious decision to decline a ‘free upgrade’ for its 2021 car”