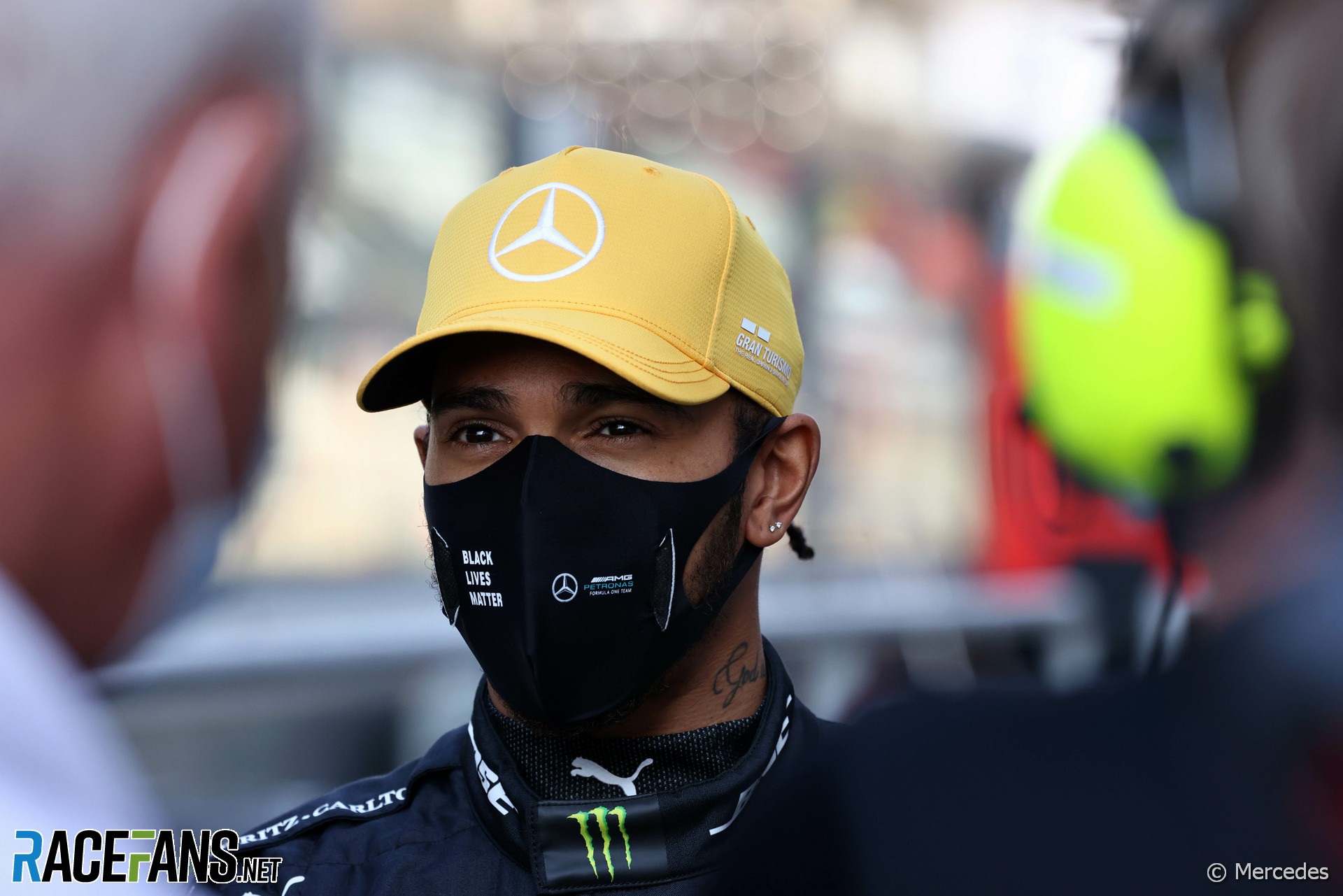 Lewis Hamilton says it took him a while to return to full fitness after he contracted Covid-19 last year.

The Mercedes driver is one of six F1 racers who has contracted the coronavirus within the past 12 months. He missed the penultimate round of the season as a result.

Although Hamilton returned for the final race in Abu Dhabi, he admitted during the weekend he wasn’t back to full fitness.

Speaking at the launch of Mercedes’ new F1 car today Hamilton said he concentrated on getting back to full health during the off-season. He added it didn’t feel appropriate to post social media messages celebrating his new Mercedes contract while others were suffering the effects of the pandemic.

“The shut-off at the end of the year, taking time away from myself, wasn’t the easiest of breaks,” said Hamilton. “I continue to be conscious of what’s happening in the world and [so] posting pictures and celebrating things such as a contract being signed is kind of not really important to me.

“That’s not really a message that I want to be sending out to people who are losing families, who are losing relatives still, who are struggling in a pandemic. That’s just not where I’m at. So I just kind of kept to myself.

“I was focussed on my recovery, because it wasn’t a quick situation, and getting myself back to full strength. And getting the deal done and working on some personal relationships that I have.”

It is not yet clear how long people who have contracted Covid-19 remain immune against reinfection. However Hamilton expects he and his team will take similar precautions against catching the virus this year as they did last season.

“That’s not really been discussed and I don’t really know what I will be doing differently,” he said. “Of course safety is going to be key and, of course, I do not want to miss a single race this year.

“I think we did 99.8% of the time right, whatever it was, last year. It was pretty spot-on in terms of how we conducted ourselves. We just were really, really unlucky. It’s difficult to be 100% safe.

“But it’ll be, I would imagine, reduced travelling, it will be a lot of time at home in a small bubble like everyone else is working on. And that’s kind of it for now. But I will coordinate with the team what is the best way forward.”