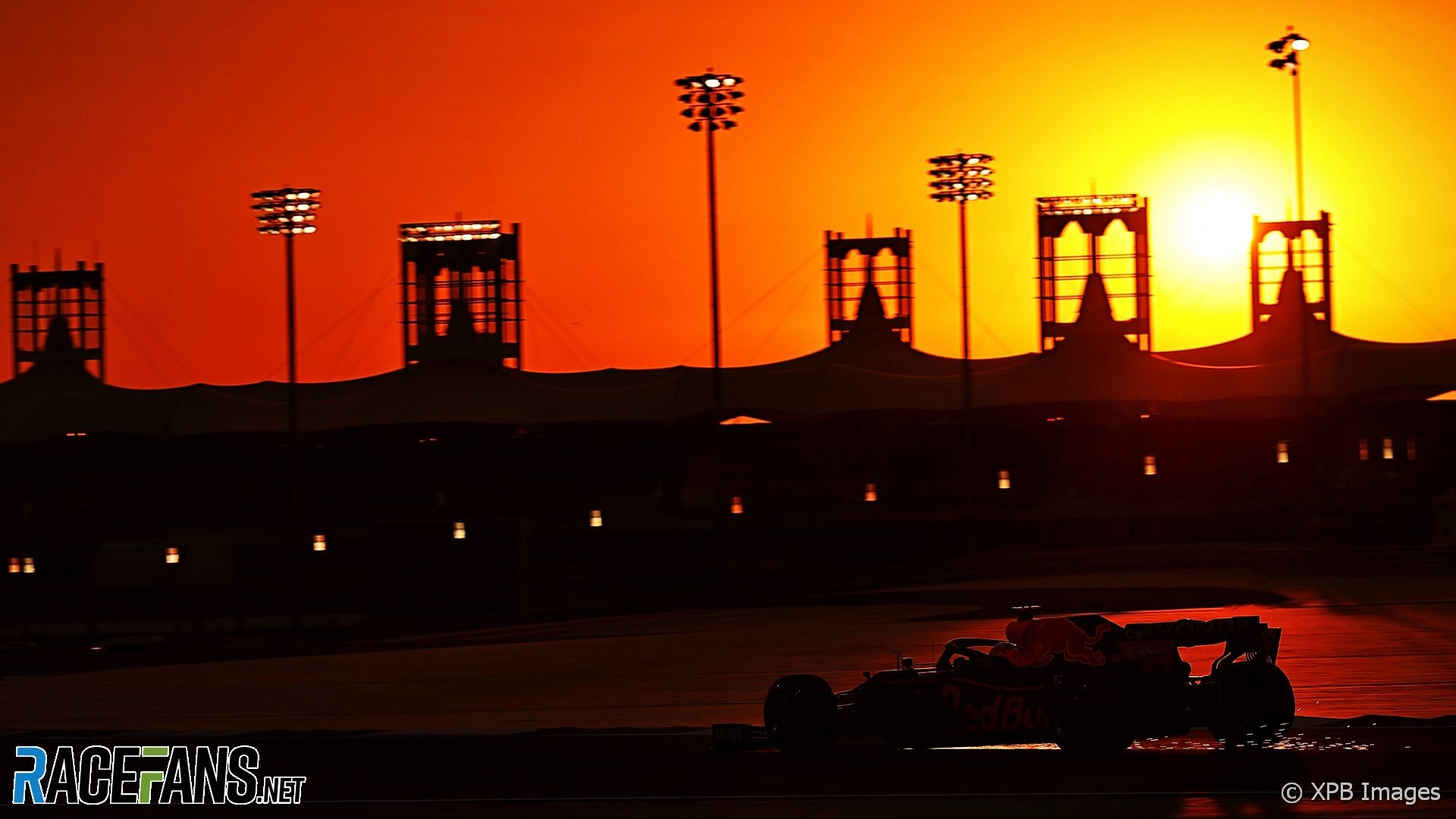 The Formula 1 community reassembled for the first test of the new season in Bahrain. Dieter Rencken joined them to discover what’s new as the championship begins its second season of racing in a pandemic.

Arrive in Bahrain, have PCR test at dedicated facility at airport, collect rental car and head for hotel for self-isolation until results are received. I’m given the all-clear at 2pm, so drive to King Hamad Hospital for the first of two Pfizer BioNtech vaccinations – the second to be administered 21 days later, after the grand prix.

After that I join a select group for remote interview with Ian Holmes, F1’s director of media rights, about the revamp of the F1 TV platform and recent contracts. He promises much improved stability and a raft of new features – which I hope eventuate. 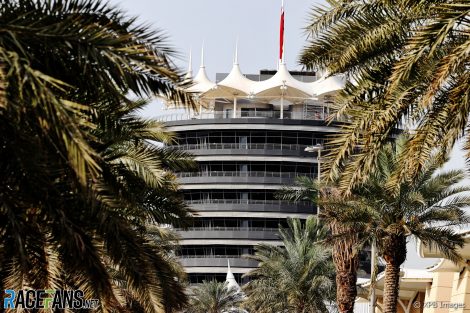 We receive the global television feed (with add-ons) in the media centre so I could not put F1 TV to the test on-site, but any subscribers please share your feedback in the comments. Certainly, I’ve heard no complaints so far.

Head for accreditation centre – although I’ve collected 21 annual passes over the years, it’s always a buzz knowing I’m good to go for another season. This time, collection is particularly special: due to the pandemic accreditation has been restricted, and I’m curious as to the numbers of media members we’ll see at races.

Equally, I’m surprised at how few peers made the trip to Bahrain – no Fleet Street, nobody from ‘major’ English motorsport outlets; only around 20 scribes in total. Let’s see whether more make it to the race itself. 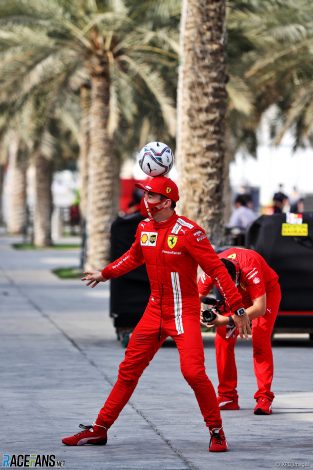 A welcome relaxation of the rigid restrictions imposed on the media is the (socially-distanced) ‘mix zone’ located alongside the TV ‘pen’ which enables face-to-face chats with team members. This allows for formal interviews, off-record sharing or catch-up chats with team members some of whom we haven’t physically seen since last year’s test sessions – the last time we had an ‘open’ paddock.

Although F1 is a massive global sport in reality it’s a very small world, and whether drivers, engineers, PR folk, photographers, broadcasters or any other walk of paddock life, we share the same passions and overall goals for the sport we love, and the separation between ‘them’ and ‘us’ has been painful.

A major talking point at the FIA press conference time is the wind and sand which blighted the opening day. I wonder whether F1 is bait to climate systems: rain, icy cold and even snow have followed the sport about during previous test sessions, and today it’s all gusty wind and sand. 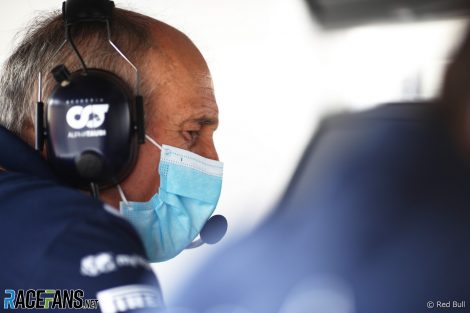 The sun sets and the floodlit circuit is bathed in an eerie yellow glow, and I wonder what precautions have been taken to sand-proof the cars. Some cars seem bullet-proof; others not.

I have a chat with Franz Tost. It is clear he rates AlphaTauri’s young Japanese signing Yuki Tsunoda extremely highly. That is something given Tost worked with Sebastian Vettel, Daniel Ricciardo, Max Verstappen and Pierre Gasly – grand prix winners all – during their formative years. Little did he know as we chatted that 48 hours later Tsunoda would end his first F1 tests second only to Verstappen. 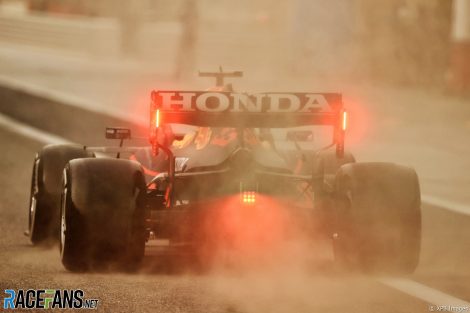 As we pack up after the last of the day’s interviews we’re urged by media centre staff to hit the road soonest: a massive sandstorm is on its way.

As I join the motorway wind speed seemingly triples, blowing clouds of fine sand across the road and reducing visibility to heavy mist levels. Traffic slows, stops, then resumes at crawling pace. My usual 30-minute commute to the hotel takes almost twice that.

The wind has abated and the only evidence of the storm is litter on the streets and filthy cars. Media staff tell me the sweeper and vacuum trucks – based on airport tenders – were out early, with hand brooms dispatching the last granules. At 10am sharp the day’s running starts. 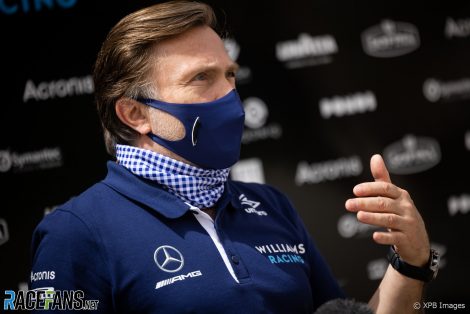 Exclusive interview with new Williams CEO Jost Capito, whom I thought I’d known for around 15 years. However during the course of our conversation we recall first meeting in 1988 during the Porsche 944 Turbo World Cup finale at Kyalami, where he was Porsche’s delegate and I’d entered a car for a local hotshot.

Reminiscing about the event was more fun even than the interview: we laughed as we recalled being stuck in the centre of the circuit until well after midnight after a massive Highveld storm flooded all access tunnels – causing some international drivers to miss their flights.

Remote interview with Pat Symonds about F1’s 2025-onwards synthetic fuel plans. I am massively excited about the prospects of a fossil-free F1 using hybridised internal combustion engines. I’ll be revealing the details later, but rest assured it will be worth the wait. 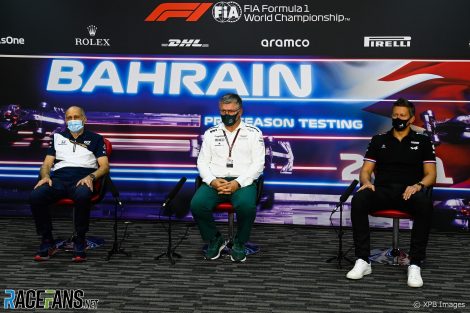 FIA media conference, and Tost reveals his team accepted the vaccination offer made by the Bahraini authorities to all F1 travelling personnel, which was (politely) declined by F1 as a group. Other teams left the decision up to individuals. An estimated 600 pass-holders – over 50% of personnel in Bahrain – took advantage of the offer, including teams, suppliers, partners and media.

Certainly, there were more than a few familiar faces about the hospital during my appointment window. However, I respect their privacy, so no names.

After the conference I head for the mixed zone. In total during the weekend I interviewed 14 subjects face-to-face – so 14 more than I managed last year over 10 events. Here’s hoping the zone disappears only when relative normality returns to the sport.

Team bosses have a Zoom call with F1 CEO Stefano Domenicali about the latest developments in F1’s plan for sprint races, now to be known as “Sprint Qualifying’, as revealed here ahead of the meeting.

It seems the concept will go ahead on a trial basis, subject to the final sticking points being resolved. Obstacles in F1 invariably starts with a ‘$’ symbol, in this case a million of them. It seems Liberty has offered each team $100,000 per race to cover damage, and they want double that. 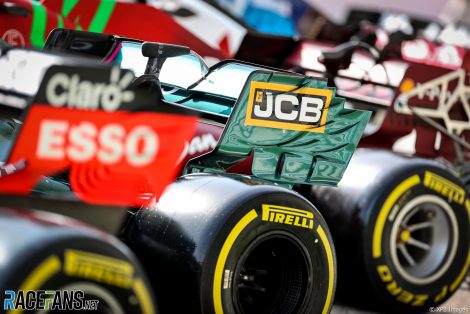 Drive to circuit for the final day with mixed feelings – would Spain have been a better venue given the sand and wind? Are three days enough? Will these suffice for 2022 when F1 introduces new technologies? Where to go then with totally new, undeveloped cars?

Much as I enjoy Bahrain I doubt we’ll be testing here again any time soon.

One-on-one interviews with technical directors who agree their common conundrum is when to switch full-time to developing their new cars for the 2022 F1 season. Start too early and they could sacrifice performance (and prize money) this year; too late, and ditto in 2022.

In addition, budget caps and aerodynamic test regulations restrict the resources the major teams may throw at two parallel projects. It will be fascinating to see how it pans out. 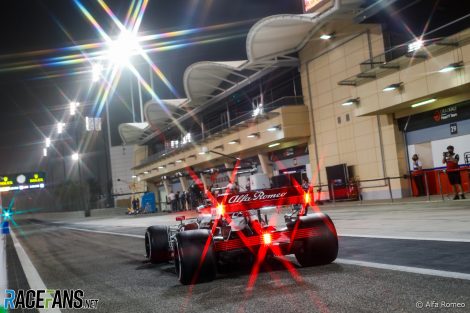 Final interview of the day, with Pirelli’s Mario Isola – he is confident the new tyre range is sufficiently robust to cope with high energy circuits such as Silverstone and Zandvoort.

Based on the three days’ running, it seems we can look forward to some serious racing between Red Bull and Mercedes – in that order – who are the favourites after three days of testing under incredibly harsh and variable conditions.

We’ll get our first answers about the balance of power in F1 this year at the Bahrain Grand Prix in a fortnight. I’ll talk to you next from there – until then, take care and stay safe.