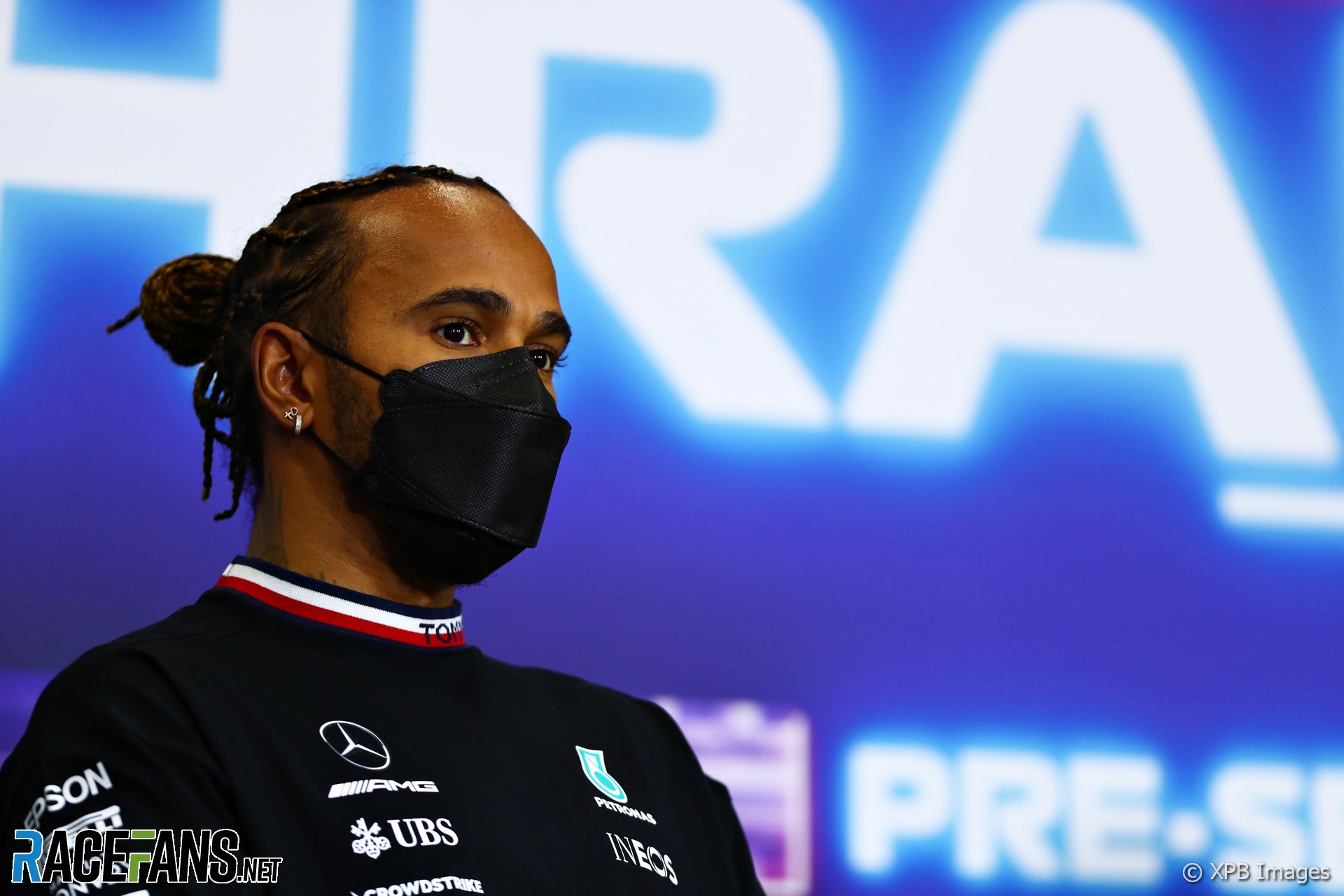 In the round-up: Lewis Hamilton says keeping at a competitive level high enough to win consecutive championships is one of the toughest challenges an athlete faces.

Hamilton, who has won six of the last seven world championships, was asked how hard it is to sustain his competitive edge from one year to the next:

Consistently coming back each year, that is one of the biggest challenges an athlete in the world faces. The goal is always to try and improve and not drop the ball in the other areas that you’re strong at. Focus on weak areas while still keeping the others strong.

And I can tell you that it’s not an easy task. There’s been times where I’ve improved in some areas and other areas have dipped a bit.

A lot of it is also collaboration. It’s working with your engineers, challenging your engineers, having them challenge you in areas in which they feel they can see better ways of working together.

It goes back to energy levels, fitness and mental health. I think all these really important key factors and elements that we have to try and keep firing on all cylinders. Naturally we are on the edge as athletes and competitors being in competition and so that’s a very difficult balance to strike.

You don't follow testing looking for thrills, but even so, love this spectacularly 'unfever' line from AlphaTauri's Jonathan Eddolls:

"It’s been a great opportunity for us to populate our database."

"Having your contract terminated before the season even starts isn't the best way of motivating somebody to get them focused on the job at hand. This guy has got something to prove, and he's raring to go."

"(The technical failures in testing) wasn't the team’s fault at all. It’s just one of these things that happens,” he continued. “It was a shame because I could only do a few laps, but the laps I did looked quite promising considering my lack of mileage and the tyres that we had on."

"My recovery has been great and there are some days where the injury’s hard to notice already. The hardest part is behind me and every day it gets better."

"I don't really have an idol, but I really look up to Lewis Hamilton and how he works with the people around him. How he lives his life and what he is fighting for. I really like Charles Leclerc, I think he is really inspiring."

"I want to do better than I did last year in any way. I think we can be a frontrunner regularly, like we can be one of the favourites every race. I’m thinking about top five (finishes). Once you’re (there) … you can go for that race win where everything goes your way."

"In recent years he had been diagnosed with cancer and was in a nursing home when he died at the age of 97 with his wife Elizabeth beside him. Murray was one of the first Honorary press members of the Grand Prix Drivers Club and was known by all the Club members and the Club sends its condolences to her on her great loss."

@Todfod picks McLaren as the most impressive team during pre-season testing:

They were the only team to switch to a new engine supplier, yet, they were the first to reveal their car and they finished the pre season test with no failures with a decent number of laps covered. They are also the only team to find a loophole and create a unique solution to one of they key performance areas – the diffuser.

They’ve been on an upward trajectory since 2018 and they seem to be finding the form again that made them one of the most formidable teams in the paddock. If they can consistent progress over this season and make another step forward next winter, I don’t see why they can’t be fighting for wins and podiums consistently.
@Todfod

65 comments on “Hamilton: Maintaining title-winning form is ‘biggest challenge for an athlete’”