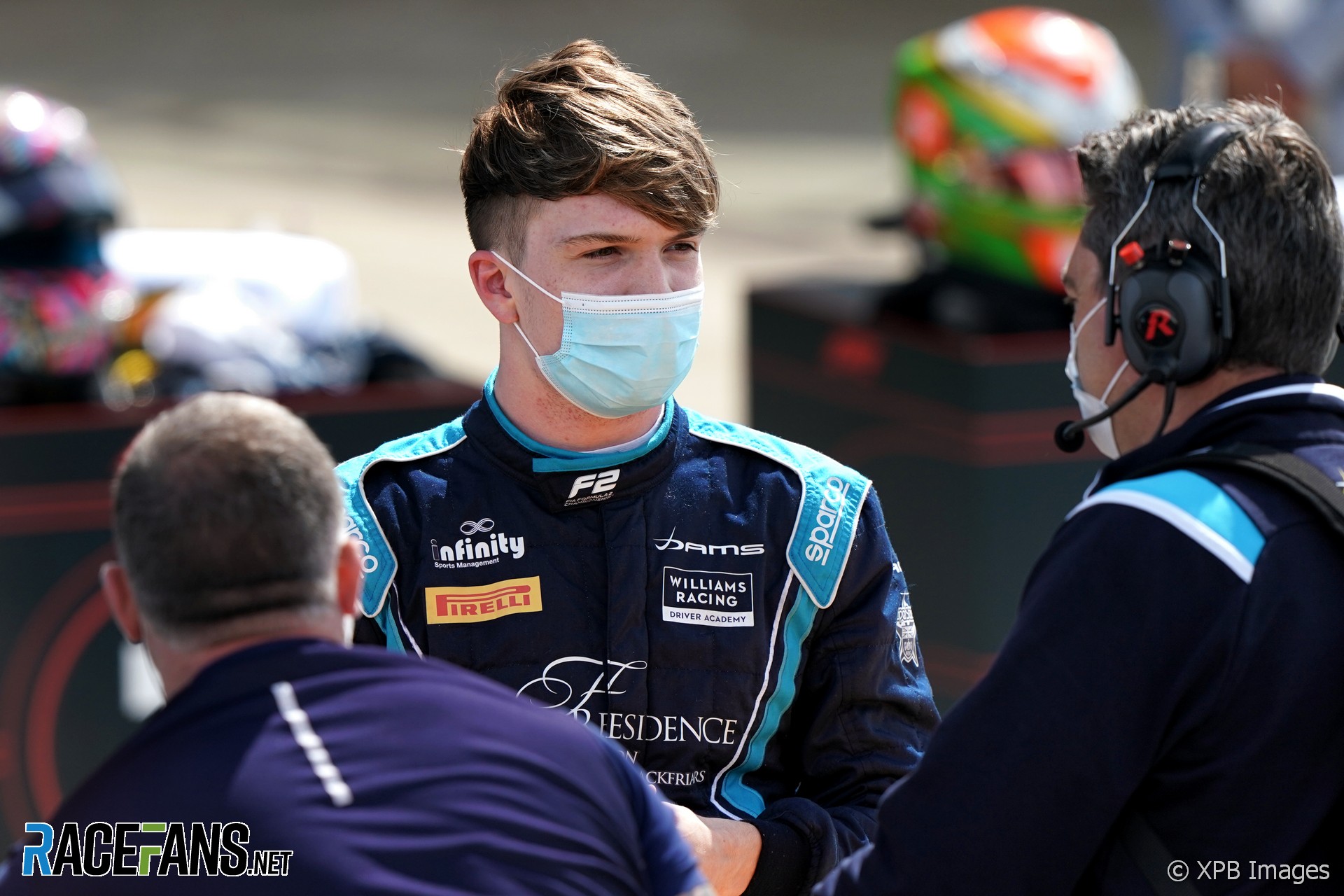 Dan Ticktum will remain a part of the Williams Driver Academy for 2021, being announced as one of the team’s development drivers on the eve of the Formula 1 season.

The 21-year-old joined Williams’ ranks last year as he moved into Formula 2, picking up a win and coming 11th in the points in his rookie season. He is racing in the championship again in 2021, and has moved from the DAMS team to Carlin.

“I am very happy to be continuing my partnership with Williams as development driver,” said Ticktum.

“It will be fun to get more time trackside this year as last year was quite difficult, so it will be nice to get more involved with the team at the track. I am looking forward to continuing my support in the sim, and I am very focused for this year.

“I still have a lot of work to do as my season hasn’t started but I am privileged and very happy as always to be representing Williams.”

The Williams Driver Academy logo will appear on Ticktum’s car and in his garage in F2, after it being absent in pre-season testing amid speculation he hadn’t been retained by the F1 team.

Williams team principal Simon Roberts said: “It’s great to be continuing our working with Dan in his role as development driver.

“He is a very exciting young driver with plenty of talent, which is evidenced by his back-to-back successes in Macau along with his impressive rookie season in F2 last year.

“We got to see first-hand his skills in the simulator and Dan played an important role in helping with car development, along with becoming a well-respected member of the team. We look forward to watching him grow and develop in 2021.”

Ticktum had spent many years with the backing of Red Bull and as a key part of its simulator driver roster, but after working his way through Formula Renault and Formula 3, where he came second to Mick Schumacher in the European championship in 2018 and won the Macau Grand Prix twice, he made it to Super Formula and struggles there got him dropped by the brand midway through 2019.

8 comments on “Williams keeps Ticktum on as development driver”