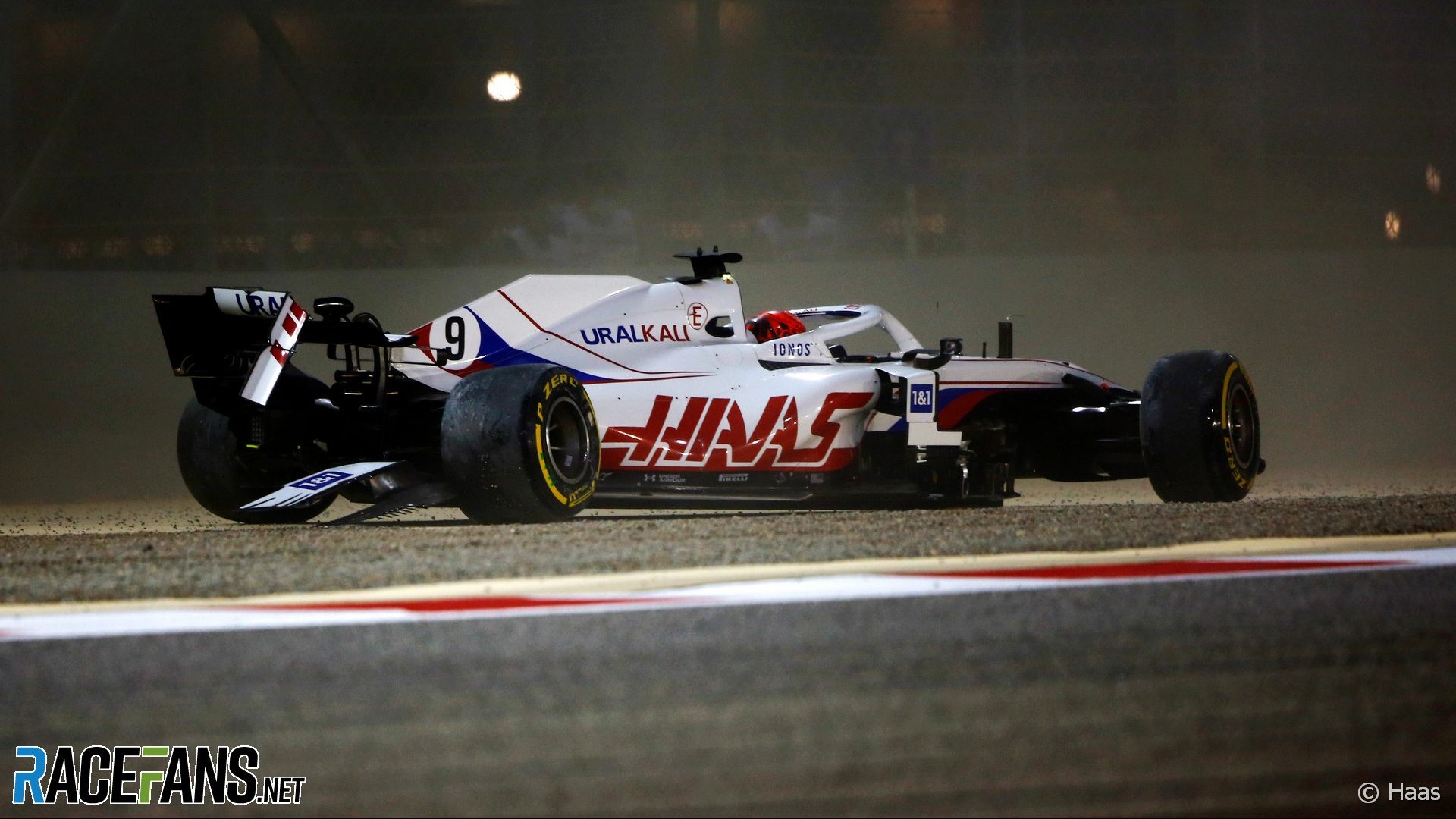 Nikita Mazepin says he is “very angry with myself” after spinning out of his grand prix debut just two corners into the first lap.

The Haas rookie spun into the barriers on the exit of turn three on the opening lap of the Bahrain Grand Prix. Replays indicated he did not make contact with any of his competitors.

Mazepin came to a stop after damaging the right-hand side of his car. He told his team he spun while trying to avoid his team mate Mick Schumacher.

“I crashed, I’m so sorry guys,” Mazepin said on the radio. “I got on the kerb, tried to avoid Mick and then spun.”

Speaking to media while the race continued Mazepin explained what had happened. “It was very simple,” he said. “I made a mistake.

“The tyres were cold, I got on the kerb, took too much throttle and spun. Totally my mistake. I’m very sorry to the team, because they deserve to do much better than that. I’m very angry with myself and very sorry for the team.”

The race-ending collision capped a difficult debut weekend for Mazepin, in which he also spun in practice and twice in Q1. Despite the challenging start to his Formula 1 career, Mazepin insisted he has learned a lot from his grand prix debut.

“Obviously there are always positives to take,” Mazepin said.

“My days on track are very low. The learning experiences are there. Obviously you learn a lot through the days but you have your ups and downs and today is one of the biggest downs.”