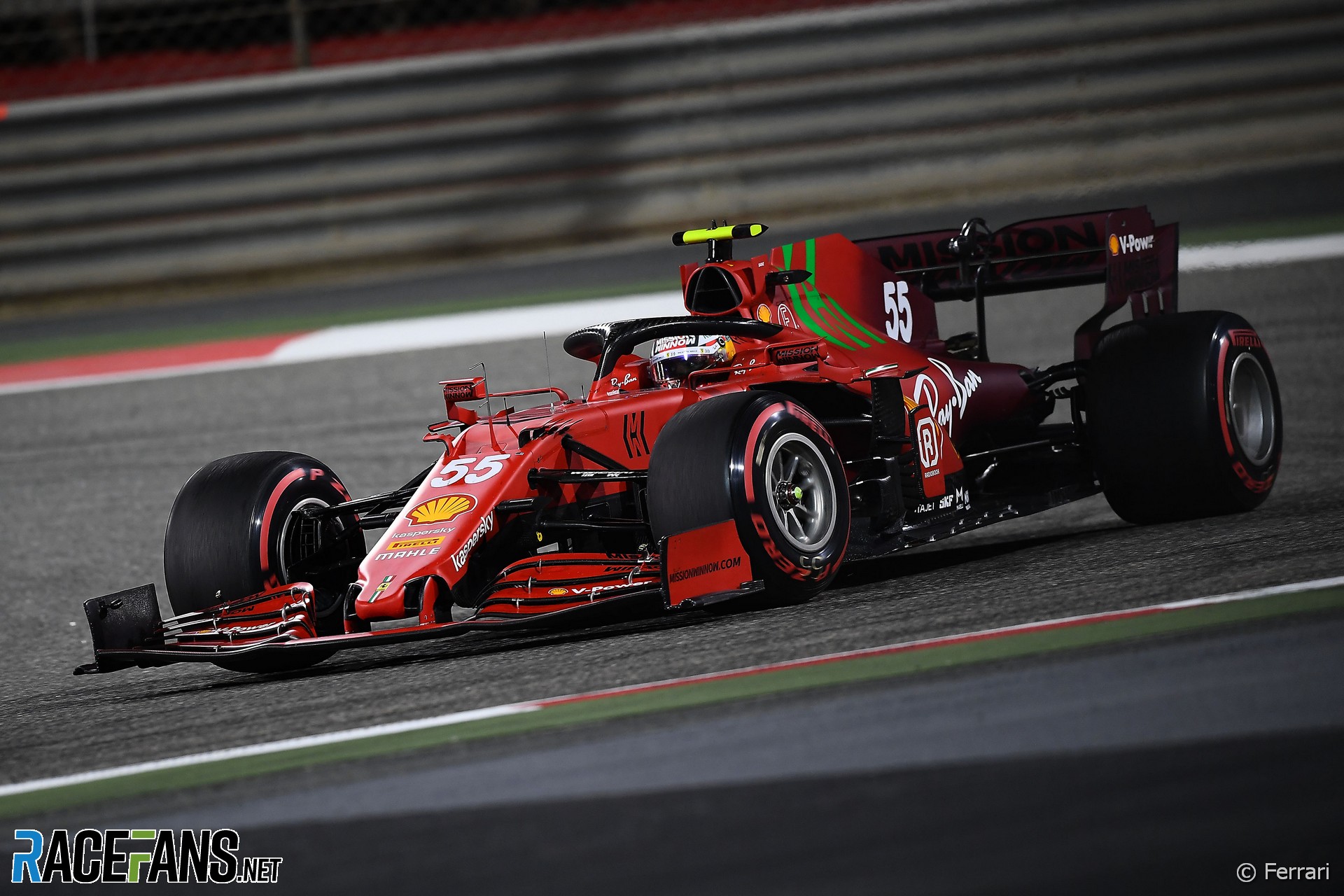 In the round-up: Carlos Sainz Jnr says his Ferrari’s pace compared to McLaren in yesterday’s Bahrain Grand Prix is encouraging.

Sainz finished eight seconds behind team mate Charles Leclerc and was closing on Daniel Ricciardo – the man who replaced him at McLaren this year – for seventh place as the race finished:

It is encouraging because last year I remember that with that car I passed Charles very easily. So I remember how big was the difference between the McLaren and the Ferrari.

And how close I was from overtaking Ricciardo at the end, I think I had much better pace than Daniel there towards the end of the race, we were catching more than half a second a lap. There’s positive signs. There’s encouragement, there’s a big step compared to last year and now it’s a matter of keep finding the details, keep working hard back in Maranello and keep improving. We’ve done certainly a very good step, and now we want to take the next steps.

Argh.. got surprised and made contact into T5 with Dan, lost my front wing which damaged the floor and that was it. Disappointed as our pace looked strong all weekend for some good points. Lots of positives to take from this weekend, looking forward to Imola now. pic.twitter.com/YM0ImFi2rn

|@SchumacherMick: "The fireworks were kind of irritating on the last lap…" #F1 #BahrainGP

Race 2: Back to GREEN flag racing and the drivers are not shy about going three-wide in T12 🙈🙊

Mick Schumacher: 'That weight of the name, to me it’s light as a feather' (The Guardian)

'The moment we are in a race weekend when I have the helmet on, there are no friends,' Mick Schumacher says emphatically. There can be no doubt, then, that this is the son of Michael. His boyish good looks and gentle, considered tone conceal the same steely resolve that took his father to seven F1 world championships.

Bernie Ecclestone: "In the end, I met all the protesters and really sat with them and talked to them. I said to them at the time, ‘What you’re looking for is a revolution, really’. That’s what normally happens. And then you attack the crown and capture the country. I said that’s the only thing you can ever do."

Doing the sums: the cost of viewing Sky Sports F1 in 2021 (Motorsport Broadcasting)

In the past two seasons, Sky have enticed F1 fans with their 'F1 for £10' offer, which has been a success given that viewing figures for the F1 channel rose strongly last year. The bad news for fans hoping to utilise a similar offer this year, is that no such offer exists this time around.

The Alpine F1 collaboration will be a complement to the joint venture under preparation for Renault Group and Plug Power to explore opportunities for hydrogen solutions in on-road vehicles as part of its commitment to sustainable mobility.

"At Monas, we have cut trees, dismantled buildings and tested the asphalt only for the Formula E program, it uses public money and is very wasteful, people's money is squandered like that, please don't play around with people's money like that."

The fight for Bahrain Grand Prix victory went all the way to the final lap, with Lewis Hamilton successfully undercutting his way past Max Verstappen and then holding the Red Bull driver off in a thrilling fight. Kribana thinks the race was won in the pits:

This was decided in the pit lane. Red Bull should have known that once Norris pitted, it would open up the others’ pit stop due to the undercut being almost at Singapore levels in terms of power.
Kribana