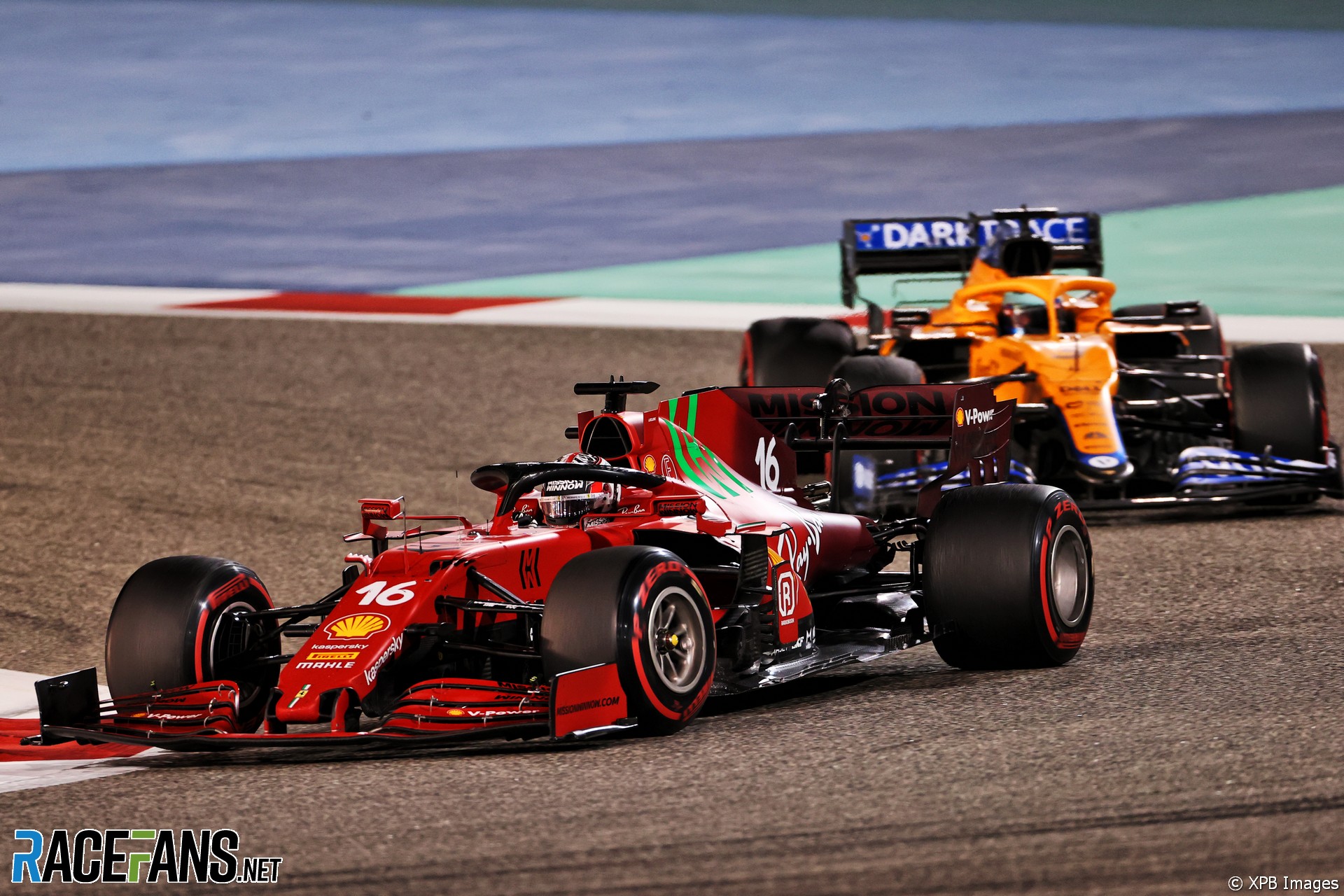 Lando Norris says McLaren appear able to beat Ferrari in race trim but are not as quick as them in qualifying.

Following their poor 2020 campaign, Ferrari made a significant step forward at the first race of the new season, where they were the third-quickest team in qualifying. Charles Leclerc’s Q3 lap put him on the second row of the grid.

However in the race Norris led the ‘midfield’ group home, taking fourth behind the Mercedes pair and Max Verstappen’s Red Bull. Norris admitted Ferrari “were a little bit quicker” than McLaren in qualifying, but the Mercedes-powered team had the edge in race trim.

“More because I overtook Charles five, six, seven laps into the race rather than at the start,” he explained. “That was because we just had a better car and some better speed.

“Saturdays are difficult for us, I think, a little bit like last year. We’re maybe a little bit more comfortable on Sundays than Saturdays.

“But we’re at race one and it’s Bahrain, a track normally we do quite well at. So we need to be at some different tracks a little bit more often, we have to see after some more tracks where we really stand.