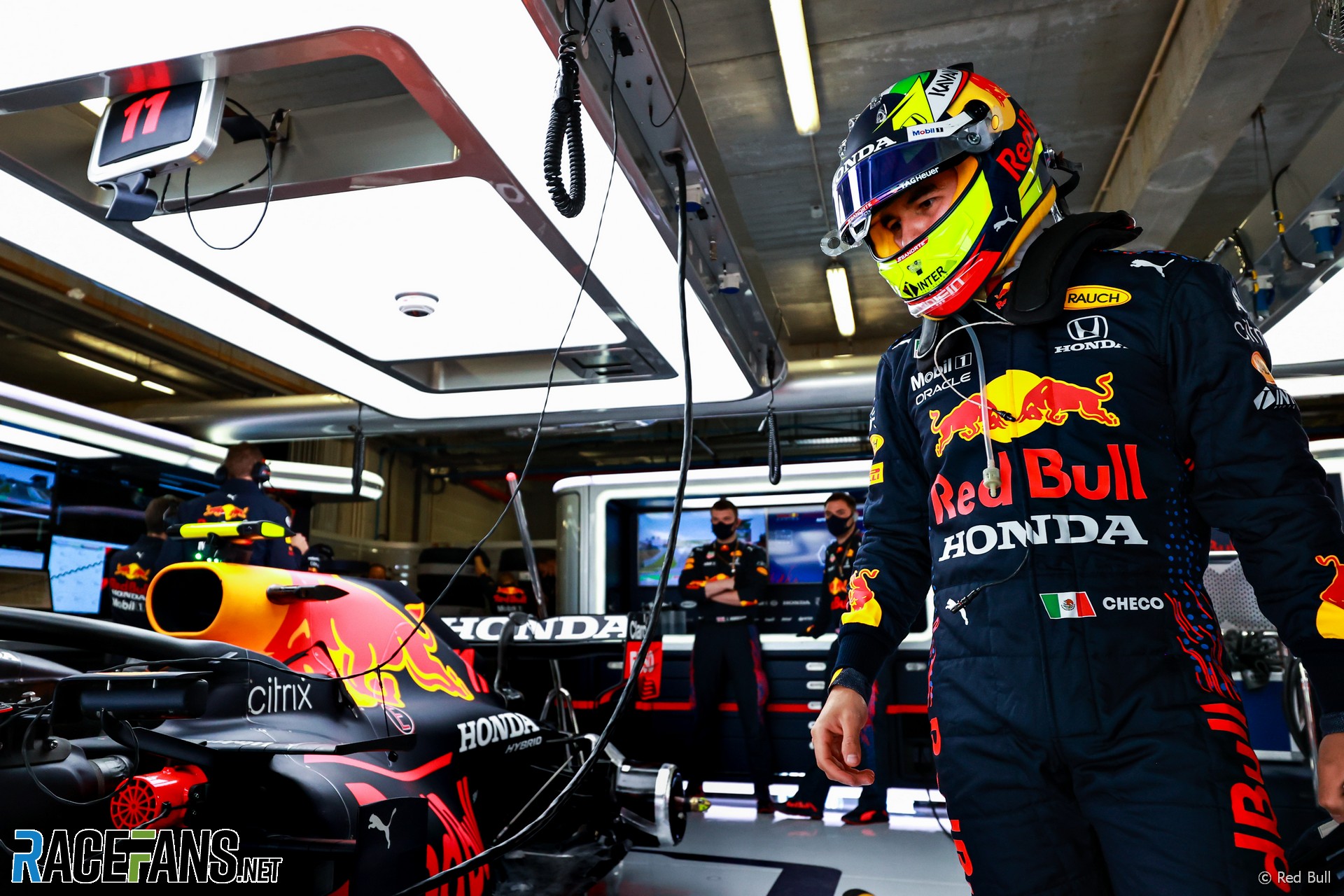 In the round-up: Red Bull team principal Christian Horner says he’s pleased with the progress Sergio Perez has made since joining the team.

Perez finished fourth in last weekend’s Portuguese Grand Prix, his best result since joining the team at the start of the season. Horner said the team’s new hire showed he is “getting there” despite a challenging weekend.

“Here’s been really difficult because of the wind and so on. But you can see just the races are coming together for him.

“When he was in clean air he managed to pass Norris – who passed him fully off the track, again another track limits inconsistency. Once he was in clean air, he was doing the same lap time as the leaders and at certain points was setting the fastest lap.

Monaco open to limited fans for F1 and FE

The Automobile Club de Monaco has confirmed arrangements for limited numbers of fans to attend this weekend’s Formula E round and the Formula 1 grand prix later in the month.

Up to 6,500 will be permitted to attend the EPrix, with attendees drawn from “residents, students, workers and clients of Monegasque hotels, and also to those persons receiving invitations directly from the ACM”, the club stated.

The Monaco Grand Prix will be open to 7,500 spectators on each of the three days when F1 cars are running and 3,000 on the Friday.

Stefan Wilson will return to the Indianapolis 500 this year for the first time since 2018, when he was leading the race with five laps to go when he had to pit. The younger brother of IndyCar race-winner Justin Wilson, who was killed in a crash in 2015, will drive a sixth entry for Andretti.

"I would be surprised if they did switch Valtteri and George around mid-season."

"Ferrari pushed back its profit target for next year after delaying investments and some deliveries in the pandemic, but stuck to its timetable for a first electric car by 2025."

“He also often doesn’t keep trying lap after lap. He’ll just sit there and then takes the opportunity.”

This kind of goes hand in hand with the way modern F1 is. To get the maximum performance out of a car under race conditions, a driver has to ‘sit there’ for a bit and then deploy all of it at an opportune moment. They trick is keeping up with the car ahead while doing this setup work, which is where the Mercedes’ innate performance comes into play.

Another two factors that help is that the defence Bottas put up wasn’t very impressive, nor can it be expected to be given his role within the team. Verstappen has wised up and is thinking long term, as he said outright this weekend. Red Bull thinks they have a shot at being in the title battle this year and they’ll let Hamilton run wide to close off Verstappen’s exit for now. We’ll see how things develop between the two teams, and the drivers, as the picture of who has a chance at the title becomes more clear. If Verstappen goes back to fighting for race wins rather than the title, one would expect him to not put up with such driving.

That said, one can’t argue with the results. For this weekend, Hamilton’s approach worked and he got the win.
MichaelN