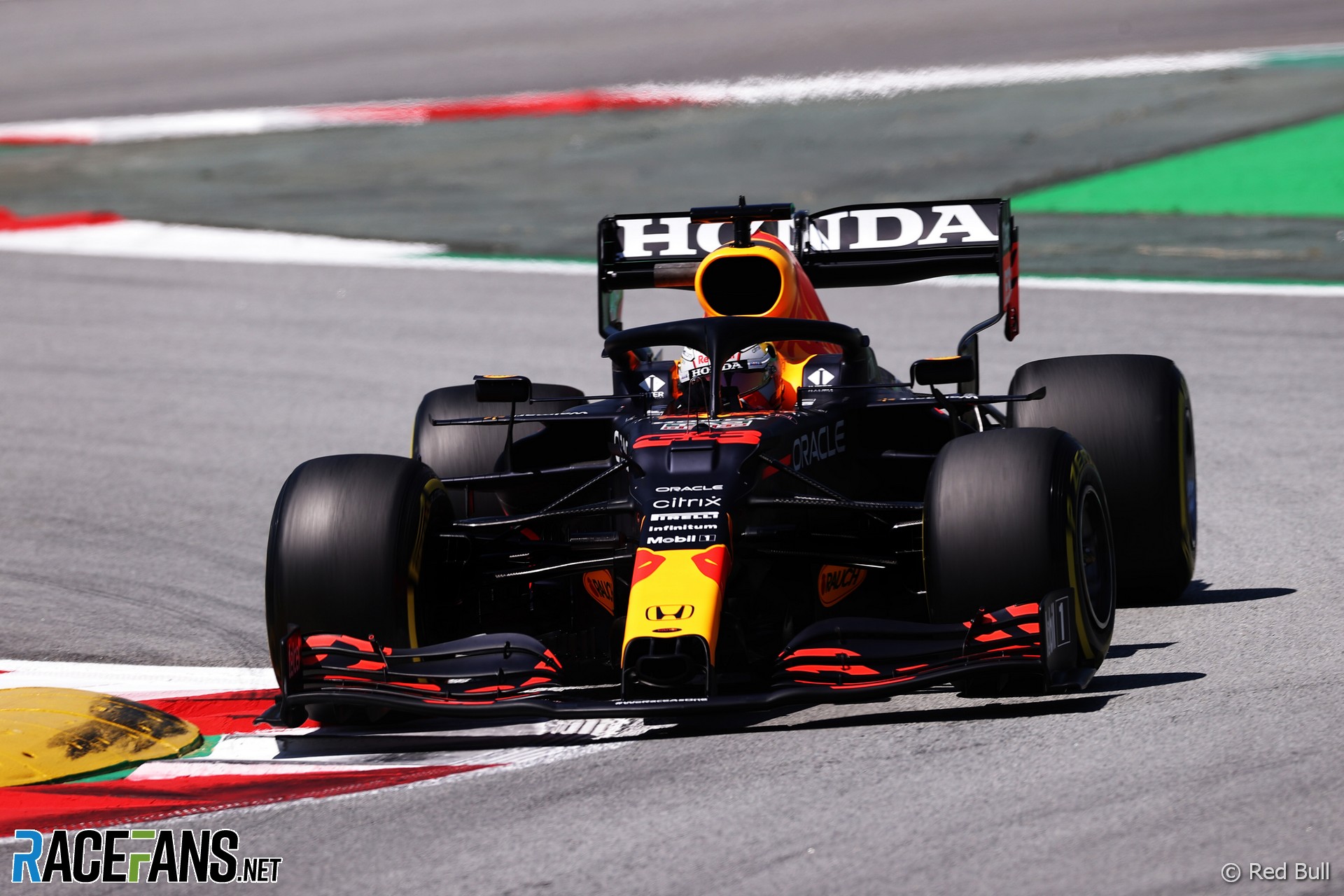 Max Verstappen sent a warning to Lewis Hamilton and Mercedes ahead of qualifying for the Spanish Grand Prix by setting the fastest time in final practice.

The Red Bull driver finished the final practice session fastest of all, over two tenths quicker than championship Lewis Hamilton.

The two Ferraris of Charles Leclerc and Carlos Sainz Jnr were around half a second slower than Verstappen, with Valtteri Bottas fifth fastest in the second Mercedes.

It was another warm and clear session as the cars ventured out onto the circuit for the final practice session.

Antonio Giovinazzi lost a small piece of bodywork running over the kerbs, while Daniel Ricciardo took to the old section of the circuit in the final sector to get out of the way of a car on a fast lap.

After over 20 minutes had passed, the two Mercedes eventually made their way out onto the circuit. Hamilton went fastest of all on the soft tyre with a 1’18.117, with Bottas three tenths off his team mate’s pace and Verstappen half a second behind on the medium tyres.

Verstappen was audibly unhappy at Hamilton not letting him by in the final sector, lamenting over the radio: “is it him again behind? Unbelievable, this guy in the last sector.”

Kimi Raikkonen suffered a right rear puncture on his Alfa Romeo and had to cruise slowly back to the pits. He was able to safely recover to the garage without the tyre delaminating further and causing any damage to his car.

Lando Norris was caught out when he was told to pit while under braking for turn 10, resulting in him running off onto the gravel. He was able to get back on track without any further dramas.

As the time wound down, the teams moved onto the soft tyres for qualifying simulation runs. Hamilton improved on his own time, but an even better lap by Verstappen saw the Red Bull go over two tenths faster thanks to a very strong middle sector, ensuring he would finish the session quickest of all.

Raikkonen shrugged off his puncture to set the ninth fastest time in his Alfa Romeo, while Sergio Perez will need to find some more performance before qualifying after he was almost eight tenths off his Red Bull team mate’s ultimate pace.