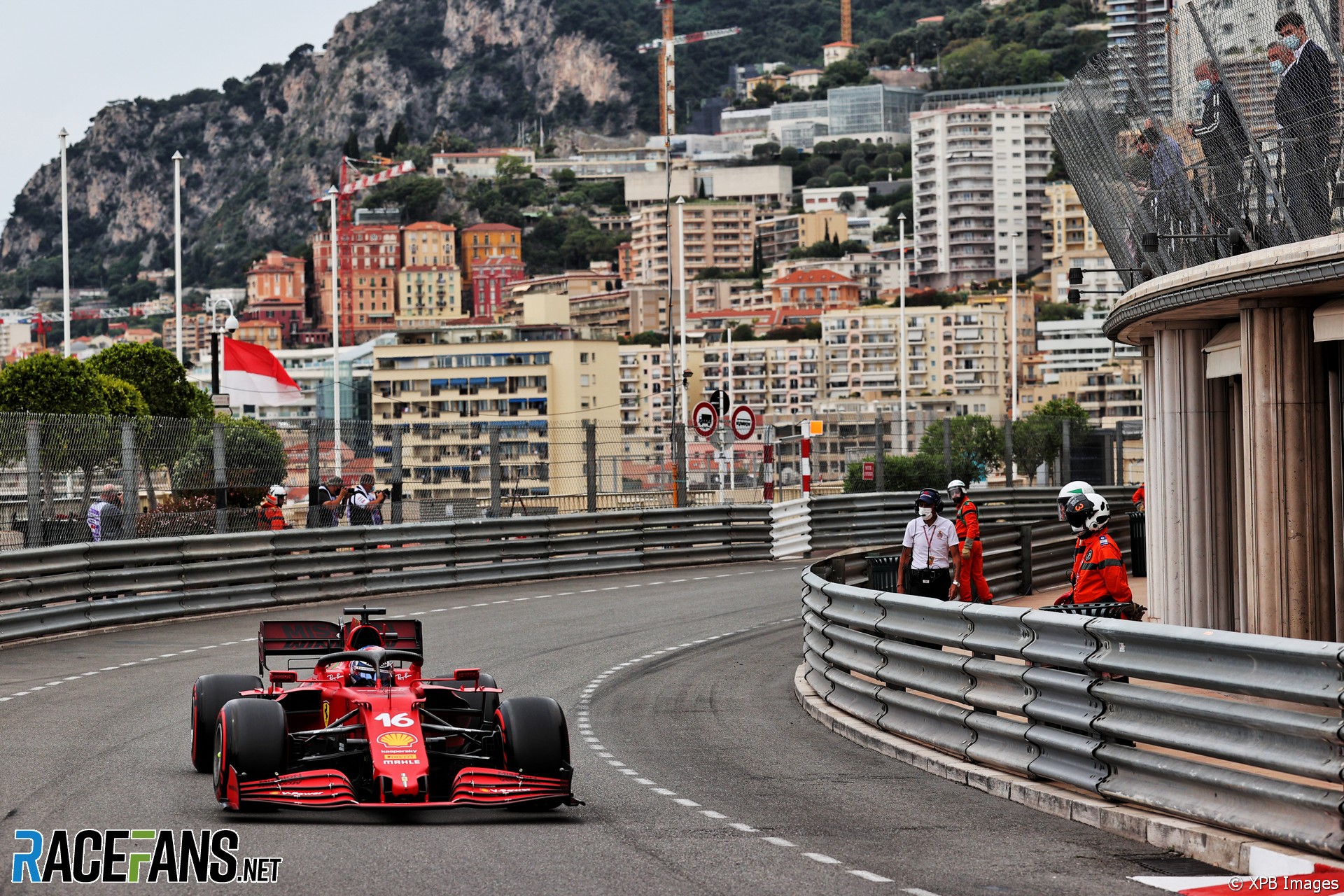 Ferrari have confirmed Charles Leclerc will start his home grand prix from pole position after deciding not to replace the gearbox in his SF21 following his crash in the final moments of qualifying.

The team confirmed in a statement they were satisfied Leclerc’s gearbox survived the crash without incurring significant damage.

“Following further in-depth checks this morning, no apparent defects were found on Charles Leclerc’s gearbox, therefore the Monegasque driver will start today’s race from pole position, as per the qualifying result,” the team announced.

Leclerc was on provisional pole position with less than half a minute remaining in Q3 when he clipped the inside barrier on the exit of the Swimming Pool chicane, breaking his suspension and crashing into the outside barrier, bringing out the red flags. With no time left for his rivals to improve their own times, the incident secured pole position for the Ferrari driver.

An initial assessment of the damage on Leclerc’s car by the team revealed “no serious damage”, but Ferrari confirmed in a statement after qualifying that they would conduct further checks on Sunday and “prioritise reliability over pole”.

Following a second assessment on the SF21 this morning, Ferrari are satisfied that Leclerc’s gearbox did not require a change, meaning he will take his place at the front of the grid for this afternoon’s Monaco Grand Prix.

The confirmation means that Leclerc will start on pole position for the eighth time in his career, his first pole since the 2019 Mexican Grand Prix. Max Verstappen will line up alongside Leclerc on the front row.