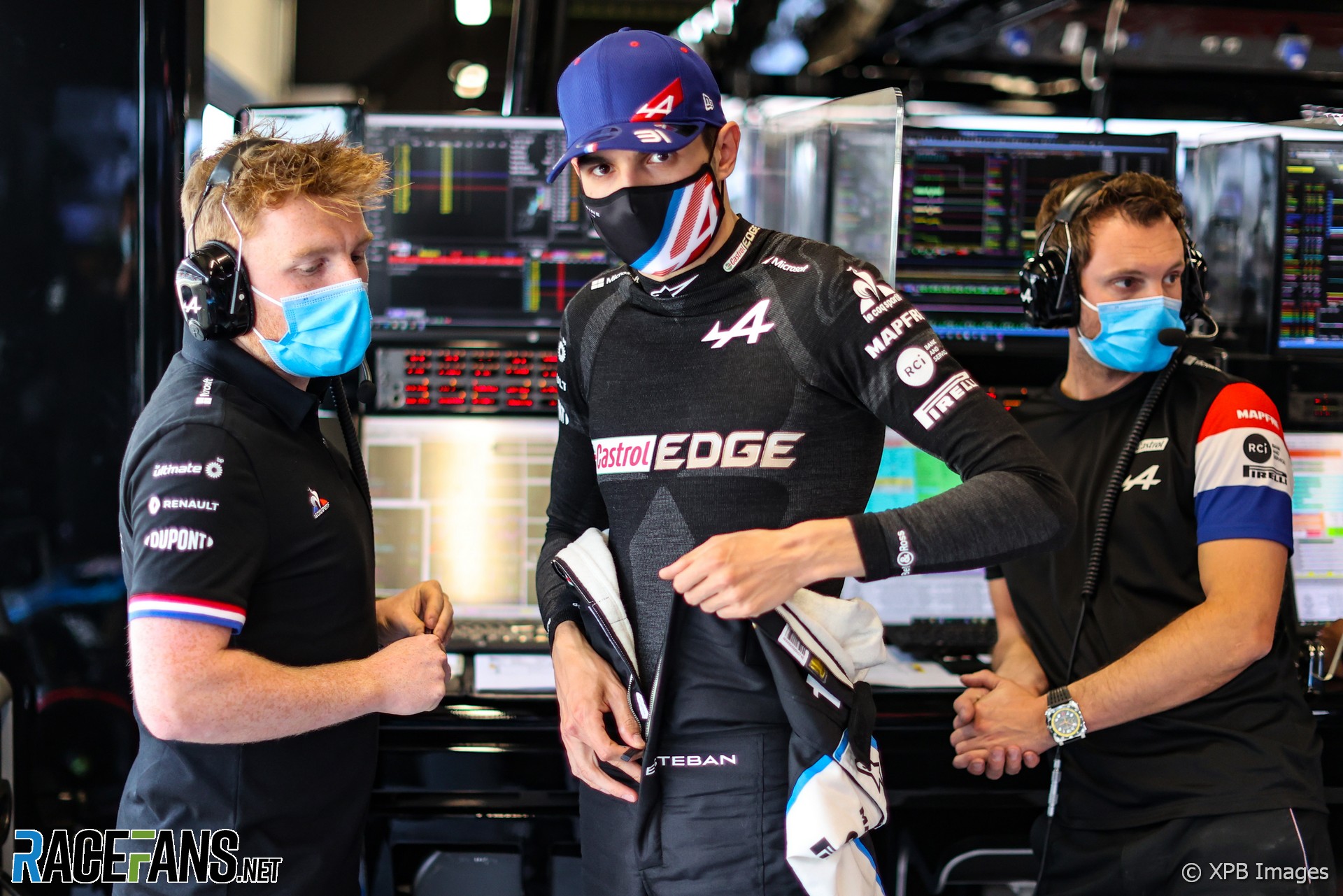 In the round-up: Esteban Ocon says his new race engineering line-up is “what I wanted for a long time” in Formula 1.

Ocon reunited with Peckett and Barlow

Following his strong start to the 2021 F1 season, Ocon credited his relationship with race engineer Josh Peckett and performance engineer Stuart Barlow, both of which worked at Manor where Ocon made his debut five years ago.

“They’ve been basically forming that duo back in the Manor days as well,” Ocon explained “So we were working kind of together. They were on Pascal Wehrlein’s side back in the days.

“But they are completing each other, and we are making an excellent team all together who’s motivated, young, hungry for for the same aim as we have, which is performing, extracting, doing the best we can with what we have in hand. I’m very pleased of what we are building at the moment because this is what I wanted for a long time.”

Finishing second in a race which pays double points has propelled Alex Palou into the lead of the IndyCar championship going into the Detroit Grand Prix double-header in two weeks’ time. But Palou said he’s “not thinking about that too much” at this stage of the season.

“I think when you start thinking about the championship, if you’re not executing on track, there’s no point. We just try to [take it] session by session as we’ve been doing.

“If we keep doing what we’ve been doing everywhere, I think we’ll be able to fight until the end for this championship. I think we’ve been able to get a lot of points in our, let’s say, weaker places like Texas and here. Super proud about that.”

Two-time Indianapolis 500 winner Juan Pablo Montoya reckons he could have finished in the top five in Sunday’s race after fighting his way up from 24th starting position to finish ninth.

“We had great strategy and a great race car,” said Montoya of his first appearance in the race for four years. “It’s a shame, we were ahead of Simon [Pagenaud] most of the day, and he finished third. We definitely had the car to be in the top five.”

Adrian Newey designed many of Formula 1's most successful and radical machines.

For a new edition of My F1 Cars on RaceFans coming on Tuesday, we talked to a driver whose long career was almost entirely spent racing Newey's highly influential creations…#F1 pic.twitter.com/rySW7aFybd

"Once you’re confident in the car and confident that it’s going to stick, not snap on you and fire you into the wall, it’s pretty awesome."

Really became a fan of Lando during last year’s lockdowns, and of course helping the team tear down the car.

Thing I like about him is that it’s real, or maybe it’s really good acting but it doesn’t seem like it. When other drivers say they’re trying to integrate themselves into a team, you know, discussions at the factory and all that, it seems pale in comparison to the way Lando has done it. The early contract extension says a lot, having that faith in his team.

Really wish him all the best, I genuinely mean that even as a Ricciardo fan. It’s going to be tough to watch if they get real competitive over the next couple years.
Tristan (@Skipgamer)

7 comments on “Ocon spurred on by reunion with “young, hungry” engineers from Manor days”