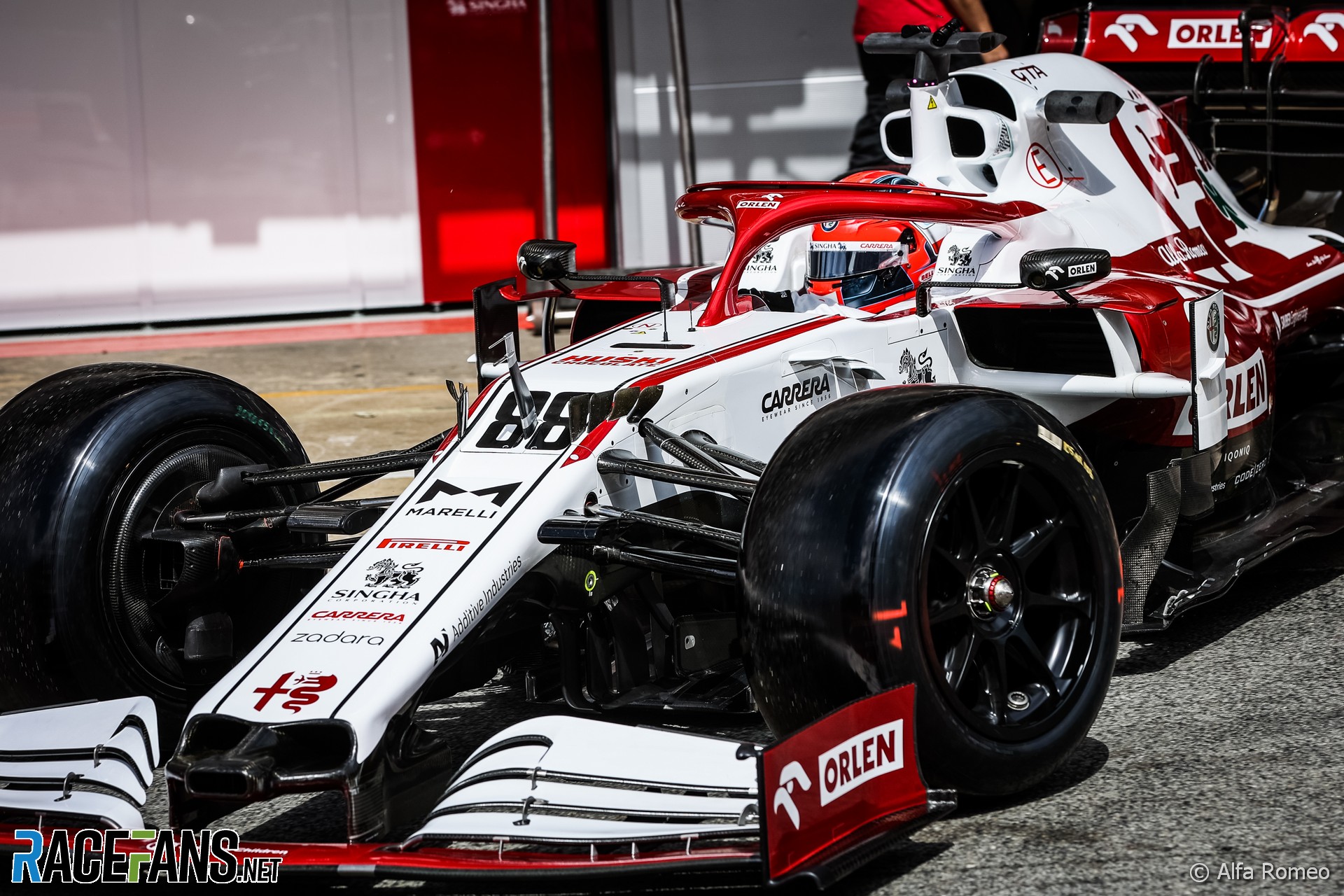 Pirelli’s head of motorsport Mario Isola is confident the new tyres it is developing for the 2022 F1 season will reduce how much drivers have to manage their rubber during races.

“This whole Pirelli era is just confusing to me and boring to me to have to talk about, and super-boring for me to have to listen to the drivers going ‘I was trying to avoid pushing too hard on the tyres’,” he told RaceFans.

Isola discussed Coulthard’s comments with him and said they were aimed more at Formula 1’s preference for high-degradation rubber than the job being done by its official tyre supplier.

“He was not criticising Pirelli,” said Isola. “He obviously liked the ‘tyre war’ era, he likes to have a competition in Formula 1 that is not the only for engines, cars but, in his opinion, is also about the tyres.”

Formula 1 ended competition between different tyre suppliers 15 years ago. When Pirelli arrived as F1’s sole tyre supplier in 2011, three years after Coulthard’s retirement, they were requested to produce high-degradation rubber.

“He doesn’t like the current system where we have tyres with some degradation that, as you know, they are designed to have this level of degradation,” Isola said.

Pirelli is developing a completely new range of tyres for next year, when F1 switches from 13-inch to 18-inch wheels. Isola said they have also been asked to reduce how quickly the tyres degrade.

“It will be a different story next year when we have been requested to design the new 18-inches tyres with different characteristics – less overheating, less degradation.

“He was just expressing his opinion about the current regulations and the current system. And I fully understand that because he is a driver that he used to drive more than 10 years ago when it was a completely different situation.

“We know that with the current cars that are very, very fast, even if much heavier compared to the past, you put a lot of stress on the tyres so this generates degradation. And also when you follow another car, you lose downforce and this is an additional element.

“So we are working together with the FIA and FOM in order to have a different situation for next year. I’m sure that if you don’t lose downforce when you follow another car with tyres that are designed with different characteristics, we can achieve the target.”

Formula 1’s minimum weight limit has risen significantly since Coulthard retired from F1. Cars weighed 605 kilograms in 2008, but will increase to 790kg in 2022, of which 80kg is an allowance for the driver.

This has added to the challenge of reducing tyre degradation, said Isola. Real-world tests of the 2022 rubber have already begun, using ‘mule’ cars adapted to approximate next year’s downforce levels and weight distribution.

“It’s not only the weight of the car that is stressing the tyre it’s the level of downforce, the speed, there are many parameters that we have to consider,” he explained.

“Obviously we are designing tyres for next year, keeping in mind all these numbers and also asking the teams that are providing new cars to give us cars that are representative of next year’s cars. Even if they are mule cars, the weight is the same that is in the regulations for 2022 – weight distribution, level of downforce – and so we are designing tyres with these characteristics in mind. Obviously they are different compared to the past, but that’s our job.”

Formula 1’s tyre requirements are communicated to Pirelli in a ‘target letter’. Isola said he is encouraged by the progress they have made towards meeting the specifications for 2022.

“The delta lap time [between different compounds] is defined in the target letter. We have to focus on compounds with a wider working arrangement and to reduce the overheating. These are the main parameters that are interesting to know – there are some other technical characteristics – but mainly this is a summary of what we agreed.

“Obviously the degradation cannot be a zero for the components because otherwise there is no reason to have strategies with more than one stop or using different compounds. So we have to look at those targets and try to design compounds with these characteristics.

“What I can tell you is that during our tyre development test, we obviously measure the degradation and we asked the driver to push each other to simulate what happens next year. And the results are very promising. Then next year, we will have different cars and we have to validate the results of the new cars. But the results so far are promising.”

Lewis Hamilton, who has voiced concerns about Formula 1’s tyres on several occasions in recent years, was encouraged by his first test on 18-inch rubber in April. “It was a good test and obviously it was the first step with the tyres,” he said. “But it definitely wasn’t a bad place to start.”