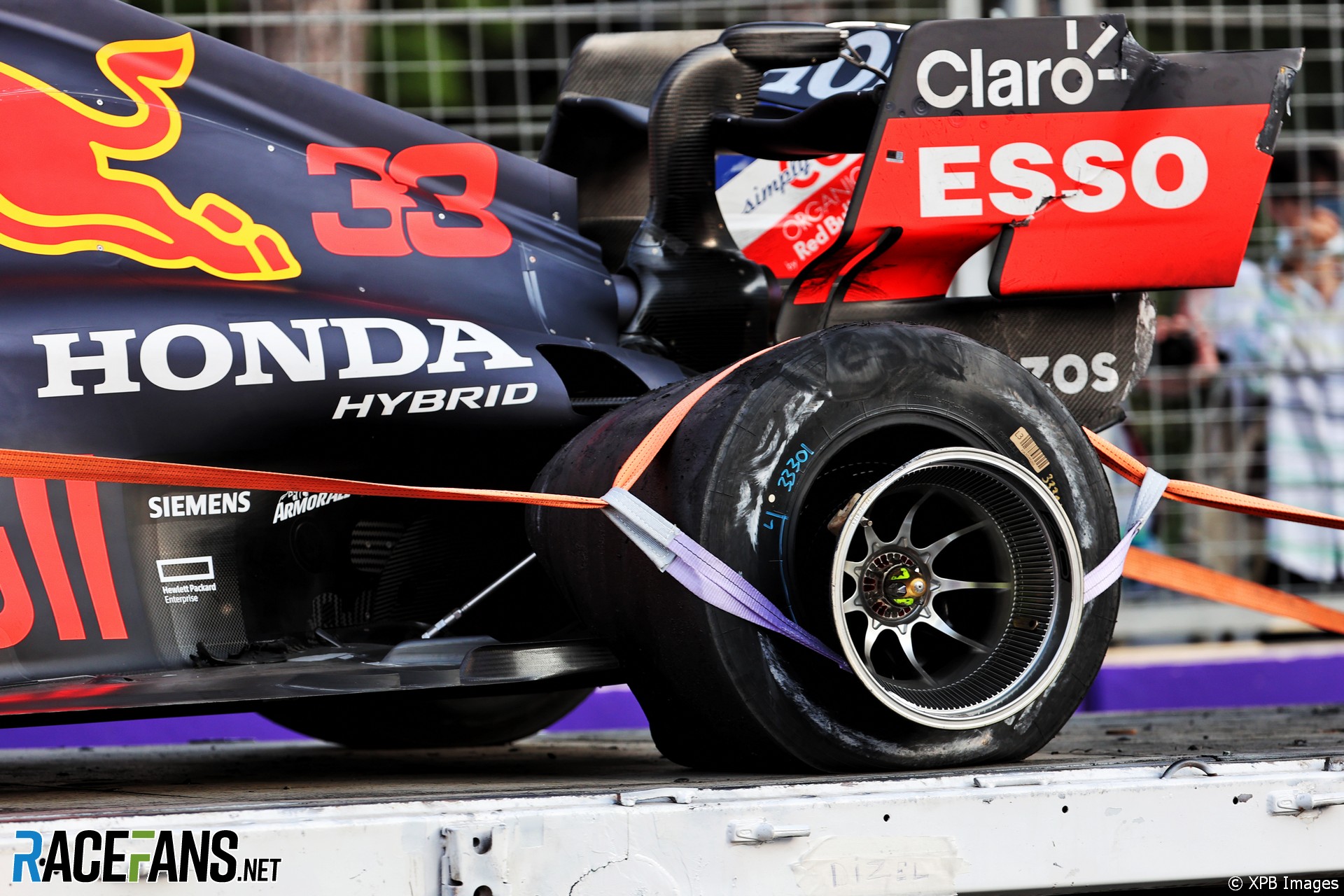 McLaren have called for more information to be shared about the exact cause of the tyre failures suffered by drivers at two rival teams during the Azerbaijan Grand Prix.

Team principal Andreas Seidl said he was disappointed by the lack of transparency over the “safety critical topic”. Max Verstappen and Lance Stroll suffered left-rear tyre failures at one of the fastest points on the track at the Baku City Circuit.

Formula 1’s official tyre supplier Pirelli ruled out any problem with its product but also confirmed the two teams involved, Red Bull and Aston Martin, had followed the usage limits which were set for the race. The FIA later issued a revised technical directive specifying new, more detailed tyre usage restrictions for this weekend.

Pirelli’s head of motorsport Mario Isola said yesterday the teams involved had been running their tyres at lower pressures than it expected they would during the race. The new restrictions are aimed at preventing them doing so again.

However Seidl says unanswered questions remain over what exactly the two teams were doing.

“There are obviously a lot of assumptions up in the air of what actually happened,” he said. “There’s a lot of criticism up in the air also towards Pirelli but in the end I think that’s not something we would support from our side because I think Pirelli has produced a safe product for this year.

“If you look at our car for example in Baku, if you were running the car within the regulations and following the prescriptions from Pirelli, that was no issue with the tyres. So that’s why I think it would be important for everyone, for the entire paddock to have transparency in understanding what actually happened and what was what causing these failures in the end.”

Further details of how the failures on the two cars occured “needs to come from the FIA”, Seidl believes.

“They have the power to decide what needs to get made transparent here in this case,” he said. “But in the end, it involves all parties that were involved in what happened there.”

“This week with the TD coming out and seeing the carefully chosen words in the press releases and the statements from all parties involved, what is a bit disappointing for us is that there is not more transparency in what actually happened because it is obviously was a safety critical topic, what happened there in Baku,” he explained.

“Normally, and I think that was a good practice in either case in the past, that with cases like that happening is transparency of what is happening, which didn’t happen so far towards the teams so that’s a bit disappointing.”

The new restrictions which have been issued for this weekend’s race are unnecessary, said Seidl, as teams would not have experienced the failures if they had stuck to Pirelli’s guidance on tyre use.

“The regulations were clear before. There is a clear reason why we get the prescriptions from Pirelli and why these regulations are in place. And we as a team are fully aware of that, and we know that we have to act responsibly with these prescriptions within the regulations in order to ensure that we don’t put our drivers at risk.

“The TD doesn’t change anything in terms of what we did, what we have to do now, what we did in the past. As I said before the regulations were clear before, and I think that’s all we can say from the our side to this.”

The scale of performance advantage Red Bull and Aston Martin would have gained by running their tyres below at lower pressures isn’t clear, Seidl added.

“Obviously I can’t judge what other teams are running, so I don’t know how big the spread was of the pressures. But it is clear that the tyre pressure you’re running this is key to the performance, there’s a big impact on performance.

“At the same time, it’s not something new. It also has a big impact on the safety and reliability of the tyre.”