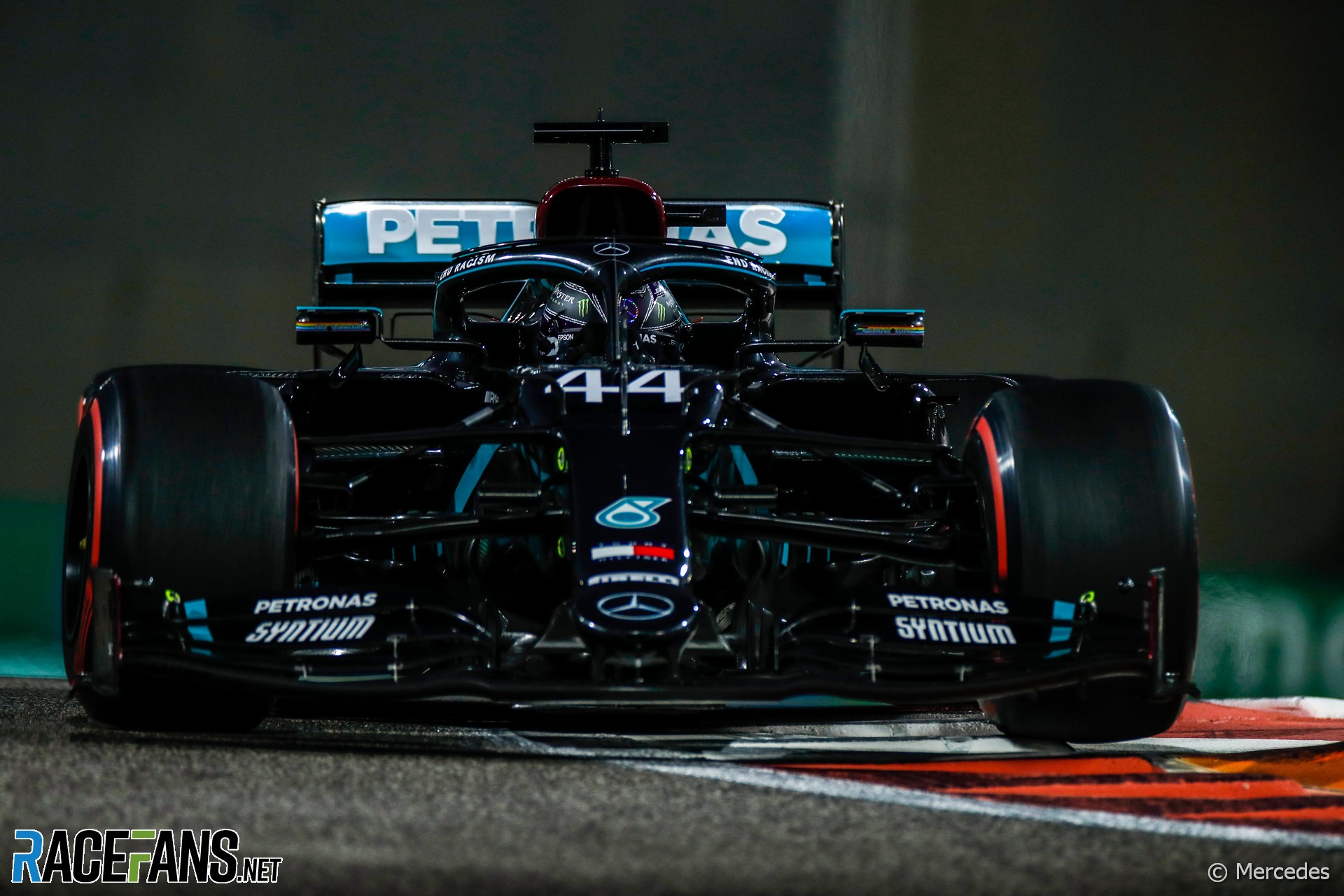 In the round-up: Pirelli’s softest C5 compound, which Mercedes found not to its liking in Austria, may only be used once more over the remaining 14 races.

No more C5s after Sochi?

The softest tyre in Pirelli’s range was previously due to appear at three more races following last weekend’s Austrian Grand Prix. However the cancellation of Singapore’s round of the world championship meant one fewer appearance for the C5 tyre.

Now changes to the Yas Marina circuit may lead Formula 1’s official tyre supplier to revise its decision to use the C5 tyre at the season finale.

Pirelli is awaiting final details of the changes to the circuit before committing to its selection. It previously announced the C5 would be used for the race at Yas Marina.

However the removal of several slow corners and the creation of a new, high-speed banked turn may prompt it to select harder-rubber. If it does, Sochi in Russia will become the only remaining race on the calendar where the C5 is nominated.

That may come as a relief to Mercedes, who have not taken a pole position or a win at any of the three races so far this year where the C5 was used. “On the C5, we just seemed a bit further off than we were on the medium,” admitted the team’s head of trackside engineering Andrew Shovlin last weekend.

The Abu Dhabi race will take place on December 12th, leaving Pirelli until the end of September to determine any changes to its tyre selection for the season finale.

The FIA World Motor Sport Council approved Formula E’s longest-ever calendar for the 2022 season, with 16 races scheduled, though the details of some are yet to be confirmed.

The championship will conclude at a new track in Seoul, South Korea, and also make its first visit to South Africa, on a track in Cape Town. Canada will also return to the Formula E calendar, with a race in Vancouver.

After finishing third in the opening F3 race at the Red Bull Ring last weekend, Jack Doohan slipped to seventh in the second and failed to score in the third after contact with a rival left him with a puncture. The Red Bull-backed Trident driver was puzzled by his poor straight-line speed from race two.

“The car balance was good but we had a bit of a mystery on speed and I couldn’t do much on the straights,” he said. “I came in seventh after starting 10th.”

The team trimmed his downforce levels for Sunday’s race in a bid to improve his straight-line speed. “I was even trying to squeeze down in the car to help the aero, that is the extent we were going to,” he said. “I made a good start, got up to 6th, but without the DRS I couldn’t stay with the cars in front.

“I lost a few positions but some cars went out and I was sixth, I made the overtake for fifth. Then I had no DRS so when [Matteo] Nannini cam back at me I was thinking about racing for the title and let him have the position as I knew that I could get him back again. Then another car ran into the back of me and gave me a puncture.”

The @FIA World Motor Sport Council has approved the introduction of Pirelli's new rear tyres from the next race, as well as changes to the sporting regulations for the new Sprint race format:https://t.co/NOnFLB1C4g #F1

"The official starter at the 89th 24 Hours of Le Mans will be John Elkann, chairman of Ferrari. He will unfurl the flag at 16:00 on 21 August to unleash the pack of 62 cars."

"There are future options (for both sports) and this is something that Victoria needs to take into account. You should never take it for granted ... if one’s contract comes up for expiration, Formula 1 and Moto GP have other options because they’re such strong sports."

"As well as not holding Formula 1 and Moto GP rounds in Australia this year, Eugene Arocca cemented the fact that Australia would not see a return of international motorsport events in the immediate future."

"The young Finn will replace Thomas Ten Brinke from the sixth round of the season, which will take place on the last weekend of July at the legendary Spa-Francorchamps circuit in Belgium."

"It’s a lot cheaper to race in Mexico and you have very, very good drivers and I think if you are competitive in Mexico, I believe you can be competitive in the US It is a good moment for Mexico and there are opportunities right now for Mexican companies to support young talents internationally."

"Abbi is a former British karting champion who currently competes in the British Formula 4 championship. Abbi was named as a W Series reserve driver for the 2021 season after being invited to take part in the pre-season test at the Anglesey Circuit, Wales, in May."

"On the back and the sides of the helmet, you will see that it says, ‘for sure.’ This came from an interview in 2017. The commentator started asking me questions where I could answer 'for sure' and it turns out the interview was a joke interview made for that reason."

I don’t see why people find points as being almost some sort of magical thing that should only be awarded to a select few on special occasions. The entire reason for any point system to exist is to differentiate drivers and teams over an entire season. To then only give points to the few that finishes a race in the top positions and say that everyone else performed equally bad, is strange to me. Whether we are talking about a driver or a team, is a single 10th place finish over a season really a better performance than regularly finishing 11th? And what’s the difference of that compared to the same discussion but for third and fourth?

I would give points for the entire filed, provided the car reaches the finish. How much the scale should ramp up, or not, and how many points one would get for a win is an even longer discussion. But like I said, it’s just a matter of differentiating. The important thing is that any one position gained on track must have an impact on the total season result, otherwise why race at all? Or at least, why have a season of races?

Systems that give points to say half the field was logical when usually only half the filed finished the races. That is not the case anymore and has not been for many years.
Robert