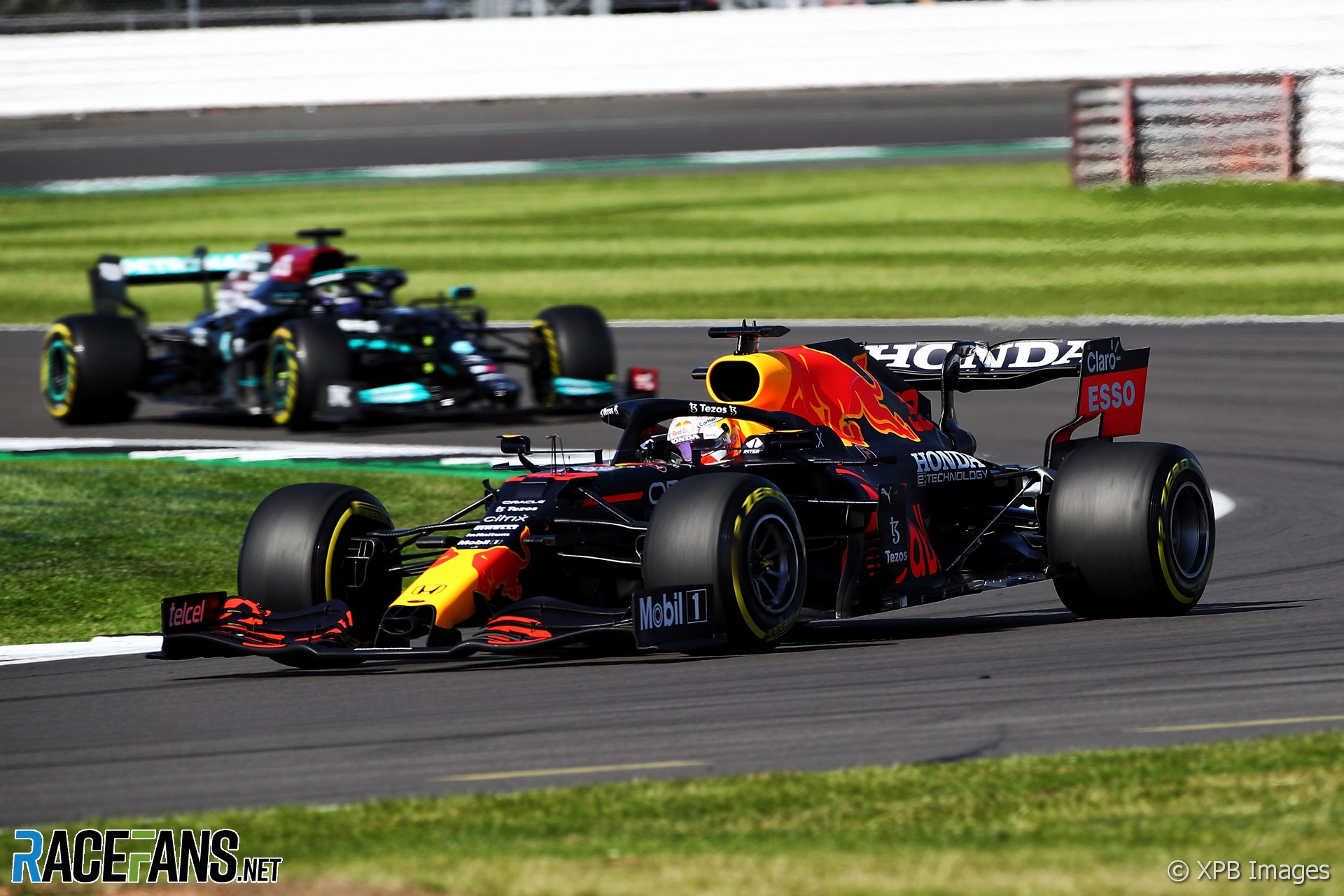 In the round-up: Lewis Hamilton says that Formula 1’s sprint qualifying was much like previous 2021 grands prix, once he fell behind Max Verstappen.

Hamilton qualified start first for F1’s sprint qualifying session, however he was beaten off the line by Verstappen who went on to win.

Despite having free tyre choice and a lower fuel load than in longer races, Hamilton said it was reminiscent of other circumstance when he’d trailed his championship rival this season.

“[It was] very much the same as the last races in terms of just following behind Max,” Hamilton explained. “[Friday] was a more enjoyable day in terms of qualifying.

“It’s very hard to follow, naturally, in this car. So it wasn’t the most exciting, but hopefully it was for the fans.”

Vettel: Fans should judge the success of sprint format

Sebastian Vettel says drivers are the wrong people to judge whether the sprint qualifying session worked in an F1 weekend because they will always prefer a session with racing action than not.

“I think it’s not so much us, you should go out and ask the people what they think.

“In the end, we do this format for them. So ask the people at home and ask the people in the stands if they liked it. I think for us, we like racing, so free practise is not as exciting as a race [so] you have your answer.”

Kimi Raikkonen started the sprint qualifying session 17th and was able to make up four places over the to claim 13th on the grid for tomorrow’s grand prix.

He was one of five drivers, including Valtteri Bottas and Fernando Alonso, who opted to gamble on using a soft tyre for the session. However, Raikkonen said he didn’t believe it had provided a major advantage off the line.

“It’s always a bit better but I doubt that there’s a lot between the two tyres at the start,” he said. “It’s more if you get it right or wrong, it’s so easy to get it wrong.

“I got some damage on the floor, I think it was at the beginning of the race. But we tried to fight – we were a bit to slow on the straights but we made some improvements, obviously.”

A day that got complicated very early in the race. We hit our lowest point, but tomorrow we have a whole new chance.
We’ll work together with the entire team to recover and minimize the damage!#britishgp #nevergiveup pic.twitter.com/zELouwQVUU

It was the closest thing to traveling through time. Driving the Ferrari 375 F1 with whom @ScuderiaFerrari won the 1st GP at Silverstone in 1951 is an unforgettable experience #BritishGP @Formula1 @Ferrari pic.twitter.com/3ROhxxJWnk

Due to causing a collision, @1JessicaHawkins receives a 20s time penalty, moving her down from P10 to P16.#WSeriesSilverstone 🇬🇧 #WSeries #F1 pic.twitter.com/y43omW2oNE

"'It affected my preparation a lot, not just physically but mentally too because I didn’t know if I would be able to drive and that was really difficult,' said Pourchaire. 'I was unable to play any sports. All I could do was a little bit of cardio.'"

Horner: "It was at Silverstone and his first race, here was a guy who had done no junior racing at all and had jumped straight into Formula 3, which in those days was considered a big step up, and suddenly he is running at the front and winning races."

Russell: "Lewis is without a doubt, you know, obviously probably the greatest of all time and still is going incredibly strong. If Lewis wasn't on the grid, we'd be missing out on one of the best drivers of it. So it's just great to have him stay in for another couple of years."

There was a lot to be said about whether trialling F1’s sprint qualifying format worked:

It was strange. It sort of worked and failed at the same time.

I think the potential is there, It didn’t really work, but it’s just held back by these cars struggling to follow. With the 2022 cars, it could be really good. It’s a format that needs close racing, being tried by cars that struggle to race closely.

There was a good risk v reward element where bravery came in and mistakes could be brutally punished. Arguably there was more to lose than gain.

But perhaps controversially, I think it was actually too long. (Again, based on these cars, the 2022 cars could well change that entirely)

Drivers just ended up being fairly cautious, getting stuck behind slower cars who jumped them on the opening lap, then when they got past, they were totally out of touch from the cars in front with not enough time to catch back up.

And on the flip side, the drivers that did some ballsy moves in slower cars, threw softs on etc and gained multiple places ended up having that risk not really rewarded because they had to hold on too long and ended up losing most the places again anyway. In reality, the first few laps were pretty good, the last seven or eight laps ended up being fairly irrelevant as a spectacle.

It’s not a disaster, and will be good to see if they refine it in further trials.

I wouldn’t say it’s added much to the show but for a first go, it also showed enough to suggest its worth a few more shots at it.
@Mrcento