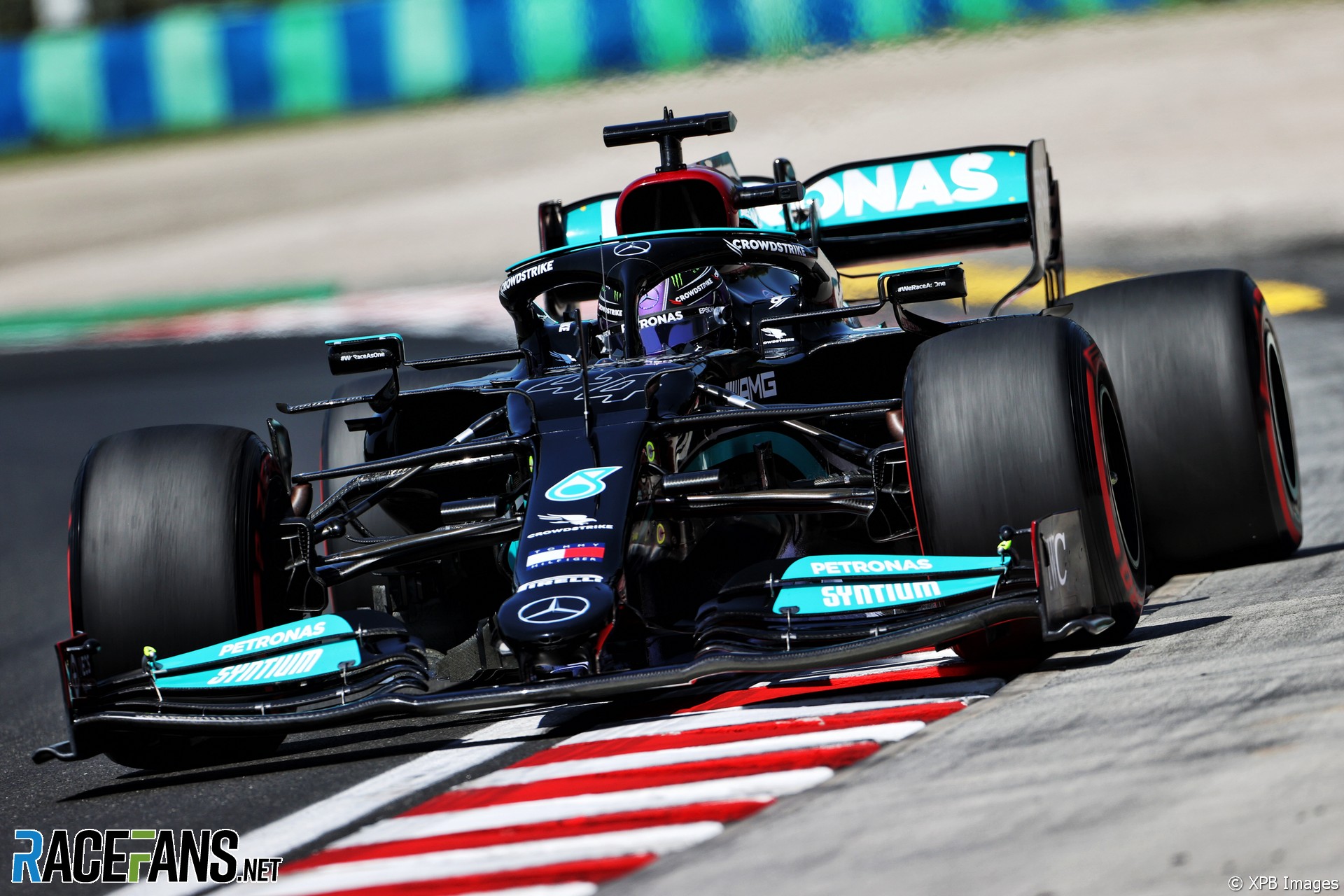 Lewis Hamilton was encouraged by Mercedes’ pace in extremely hot conditions at the Hungaroring on Friday.

He and team mate Valtteri Bottas ended the session quickest, Hamilton just two-hundredths of a second slower than his team mate. Championship rival Max Verstappen was almost three-tenths of a second behind.

The Mercedes driver said he “definitely” took encouragement from the team’s showing in the hot conditions.

“It doesn’t really feel great out there, in terms of the grip is poor, there’s a lot of sliding around, I guess because we’re just overheating already as soon as we leave the pit lane,” said Hamilton. “But everyone’s in the same boat there.

“But to see Valtteri and I both on the ‘front row’, pace-wise, I think that’s great for the team and we’ll only improve on that. We’ve got some work to do tonight to see how we can finesse the car a little bit more but it’s a good start.”

Hamilton said it felt like his tyres were “melting” as track temperatures hit 63C during the second hour of practice.

“It’s quite hard to get the balance,” he said. “Quite different to the last race we were at, where everyone was struggling with front tyres.

“They’re a different beast this year and it’s different each race you go to. That’s been an interesting process trying to understand those.”

As Mercedes has tended to perform better in cooler conditions this year, Hamilton was pleased by their showing in the Friday heat.

“I’m quite optimistic with the extreme temperatures right now,” he said. “I’m optimistic because I think we can definitely improve the car balance-wise and if we can do that then it puts us in a better position for the race as well.

“But of course it’s much nicer to drive when it’s cooler. These tyres are not happy most of the time anyway, they definitely don’t like this temperature.”