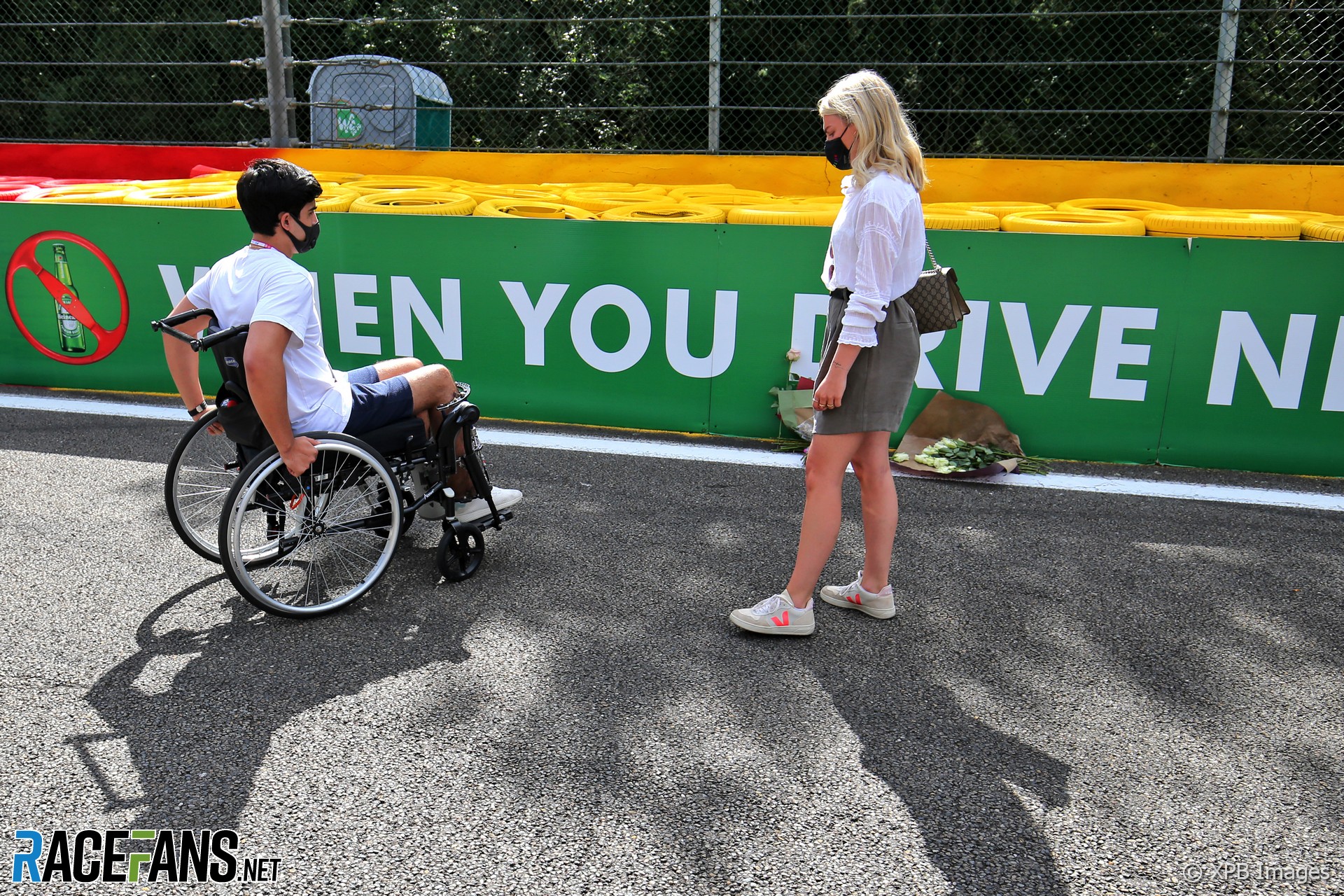 Juan Manuel Correa, who was almost killed in a collision at Spa’s Raidillon bend in 2019, described a recent GT crash at the same corner as “haunting”.

Correa was placed on life support and suffered serious leg injuries in the Formula 2 crash which also claimed the life of Anthoine Hubert.

Last weekend four competitors in the Spa 24 Hours were involved in a serious crash at the same corner. They included Jack Aitken, who participated in the same F2 race.

Correa said he is “extremely happy that Jack, as well as the other drivers involved in the accident are recovering from their injuries”. Aitken sustained a broken collarbone and a fractured vertebra in a crash which bore similarities to the one Correa experienced two years ago.

“The accident occurred almost two years after my own accident at the same notorious Raidillon-Eau Rouge turn in the Spa-Francorchamps circuit, where I suffered serious injuries from which I am still recovering and the motorsport community tragically lost fellow driver Anthoine Hubert,” said Correa. “The images of the crash are therefore particularly haunting.”

During his recovery last year Correa attended the Belgian Grand Prix to visit the scene of his crash. He returned to racing in Formula 3 this season and will compete at Spa for the first time since the accident in the series’ next round at the end of August.

He has been in discussions with the sport’s governing body, the FIA, about the dangers posed by the corner.

“Since my accident, I have raised various concerns with the FIA and organisers about track and driver safety,” he said. “I have offered to share information from my own experience. I have been seeking answers about what happened, why, and what steps the FIA and other stakeholders have taken to make safety improvements to avoid another driver from suffering a serious injury in similar circumstances.

“At this time discussions are ongoing with relevant stakeholders to try and resolve my concerns. I am confident those discussions will reach a constructive conclusion and I will be in a better position to comment in the coming weeks.”

The FIA’s report on the crash cleared the drivers involved of responsibility. It subsequently announced a series of safety improvements for tracks and cars, as well as warning systems for drivers.

“There’s been some works that have been undertaken at Spa in a number of areas,” said Masi. “But the Spa circuit holds a current grade one.

“There are a few changes, improvements that are made year on year. But I think the way that it is, it’s safe from an FIA perspective.”