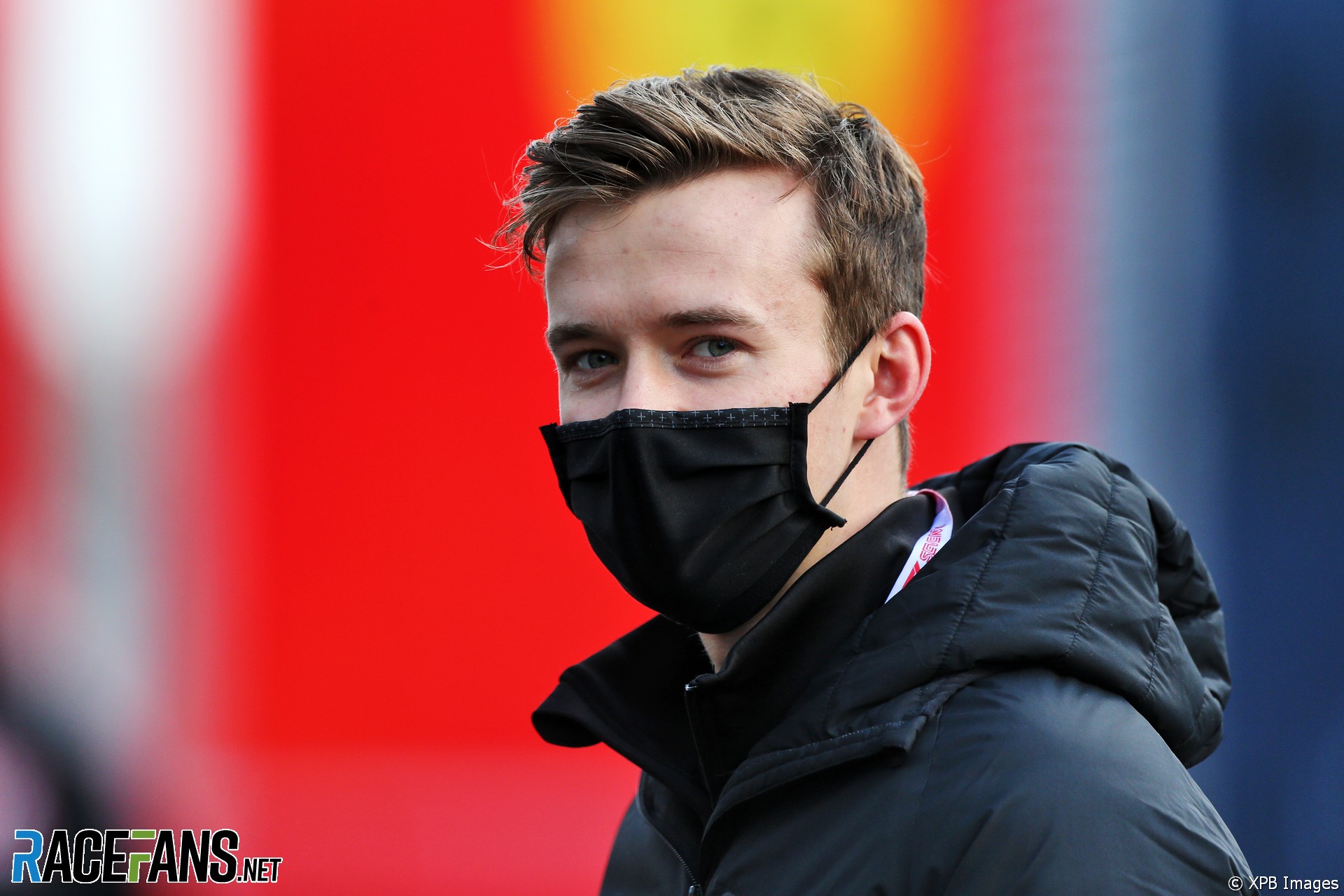 In the round-up: Alfa Romeo reserve driver Callum Ilott has called for changes to Spa-Francorchamps after witnessing a second serious crash at Raidillon within two years.

Four drivers received medical attention following a crash at Raidillon in the early stages yesterday’s Spa 24 Hours. Kevin Estre and Franck Perera, were taken to the medical centre and released while two others, Jack Aitken and Davide Rigon were taken to hospital for further checks, though their injuries are said not to be life-threatening.

Ilott, Rigon’s Iron Lynx team mate, also participated in the 2019 Formula 2 race at the circuit in which Anthoine Hubert lost his life following a collision at the same corner. Following yesterday’s crash Ilott said he believes the Raidillon corner – turn four – should be changed for safety.

“There needs to be a change at this corner and I’m very surprised nothing has changed yet,” wrote Ilott on social media. “Enough is enough.”

He pointed out several of his friends have now suffered major crashes at the corner. “If I’m wrong for chasing for better safety after seeing four of my friends involved in massive accidents then I may as well not be human,” Ilott added.

“I’ve come back to Spa after 2019 and I will come back again after this. But that doesn’t mean if something isn’t good enough it shouldn’t be fixed.”

Chassis changes at McLaren have shed no light on the difficulties Daniel Ricciardo is experiencing in getting up to speed with the team’s car.

Ricciardo revealed the change after he failed to reach Q3 for the sixth time this year in qualifying yesterday. However McLaren team principal Andreas Seidl said this had been a “scheduled rotation of monocoques” and no link to Ricciardo’s problems had been discovered.

“On Daniel’s side, we already changed two times this year but there’s nothing on the monocoque side.”

Seidl said that McLaren knew the problems Ricciardo was having and that they came down to the unique way the MCL35M has to be driven – and the inevitable comparison between struggling Ricciardo and flying team mate Lando Norris.

“We clearly see what the issues are that Daniel is also describing,” said Saidl. “It has nothing to do with parts and so on, [it] has to do with the characteristics of our car.

“In the end, it’s a combination of Daniel still getting used to our car. But at the same time, he also has a team mate that is in an unbelievable form and that’s why we see this gap from time to time. And that’s it.”

Sergio Perez said he found it difficult to find a set-up which works to his liking at the Hungaroring. “It’s been a tricky weekend in terms of exploring the maximum out of the car, with the conditions changing that much,” said the Red Bull driver, who will start today’s race from fourth on the grid.

“Yesterday was pretty hot and we had some issues and other issues [on Saturday], so it has been very difficult to put the car in the right place. I certainly feel that I was making good progress through qualifying with the car, with the operating window that we have.”

Perez said being unable to start his final lap in qualifying cost him a useful chance to improve. “I felt that I was making good steps and that it was a real shame to lose that final lap because I felt like there was good lap time in it.”

Jamie Chadwick, who took the lead in the W Series title fight with her victory in Hungary yesterday, says building momentum over the weekend has been key to her two wins so far this year.

“I think it does seem to be a bit the nature of the series this year at the moment,” said Chadwick, who moved ahead of rival Alice Powell in the standings. “If you’ve got the momentum after practice and you’re comfortable with the car, that seems a bit easier to take it and carry that into qualifying and the race.

“It’s nice to have that pace advantage this weekend and be able to translate it into a win. So I’m obviously very happy, but still only halfway through the season so not to get too far ahead of ourselves.”

Sending our best wishes to our Reserve Driver Jack Aitken following an accident at the @24HoursofSpa.

Jack has been taken to hospital for further evaluation and fortunately with no life threatening injuries. Everyone at the team wishes him a speedy recovery. pic.twitter.com/1XaKy0TQE4

I think tomorrow, if you are watching a race or motorsport anywhere, at the track, in the forests or on TV take a moment to appreciate those volunteers who make the whole thing possible.

You know what will stay with me today too? I spoke to a marshal after the incident, at the front of my garage. He was ready to go back on his post if racing had resumed. They’re all volunteers. Frankly: they’re heroes and they make our sport happen. Absolute maximum respect.

I love this new format of getting all the practice out of the way and then having a qualifying session on Saturday afternoon. It maintains #F1's links to its past, highlights the difference in one-lap and race pace and keeps the grand prix as the focus of attention.#HungarianGP

"The British Automobile Racing Club is saddened to confirm that as a result of an accident that occurred during a race meeting at Brands Hatch circuit today (Saturday 31 July), a volunteer marshal tragically lost their life. The rest of the day’s racing activity was cancelled."

"The skies opened up at the track just a few minutes before the cars left the pitlane. The pit open was initially delayed for 10 minutes to see if conditions would improve after a couple of minutes of very heavy rain."

Miller: A letter to the Racer nation (Racer)

"Facing your mortality isn’t something to think about every day or dwell on because you’re alive and death isn’t in your daily mindset. But when cancer and leukemia decide to gang up on you then everything changes and you are suddenly lining up up in a heat race with The Grim Reaper. Might be a 50-lapper, could be an enduro or you might get lucky and run for a year or two."

Mr Michel, if what you wanted was to allow the mediocre to win in order to keep their hopes up, so they continue to spend astronomical amounts of money on your championship; you have succeeded.

In other case, the new F2 and F3 format is an absolute failure.
Jlb