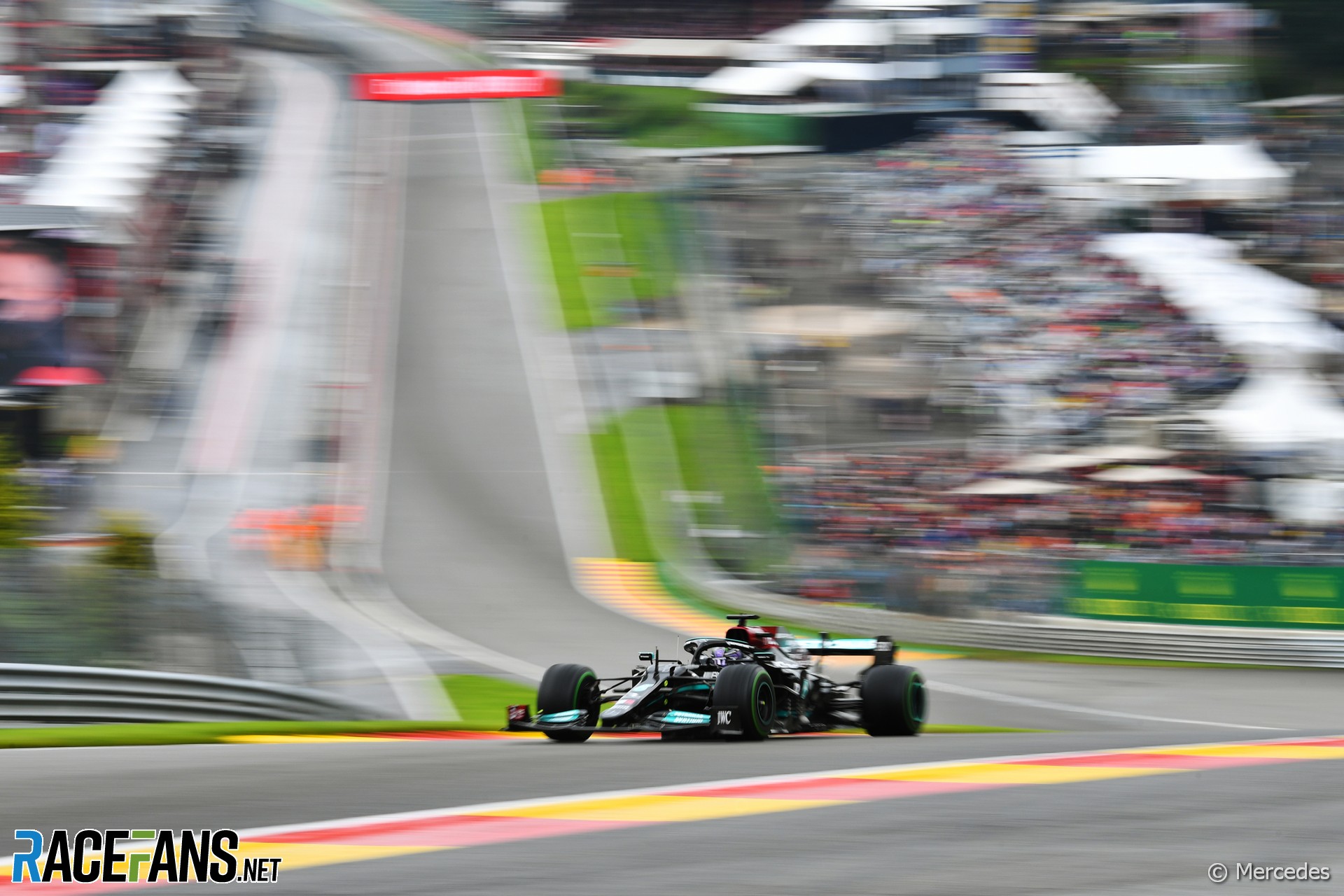 Lewis Hamilton says Spa’s signature Eau Rouge corner should remain as it is despite calls for changes in response to a series of crashes.

However his championship rival Max Verstappen welcomed the circuit’s plans to alter the run-off at the corner before next year’s race to improve safety.

The high-speed corner and subsequent climb through Raidillon has been the scene of two heavy crashes already this weekend. Six W Series drivers crashed during their qualifying session yesterday. During F1’s qualifying session Lando Norris crashed heavily and has been taken to hospital for a precautionary X-ray.

F1 drivers have been shown plans for changes to the circuit next year. While the layout is expected to remain unchanged, some of the run-off areas will be altered. “The changes I saw yesterday which are going to happen at the end of the year – so for us next year – I think they look very good,” said Verstappen.

“It is a very fast corner and when you go through it everything is fine. Of course the problem is when the barrier is so close and one person hits the barrier, it’s very easily that the car bounces back onto the track and onto the racing line and then you can collect another car.

“If it happens a little bit later, you go over the crest, it’s blind as well – I think as it was in the Spa 24 Hour race with the GT3 cars there was also a massive crash.

“I do think with the changes that are being made it will be a lot better. Racing is never going to be fully safe, everyone knows that, but of course there are a few things around that corner which can be helped and they are doing that so I think it’s going to be a lot better.”

However Hamilton said the only thing which should be changed at the corner is the bump which has developed since last year.

“I think they’ve just got to get rid of the bump and then leave Eau Rouge as it is,” said the Mercedes driver. “But they’ll do what they do. I don’t feel they need to spend the money.”