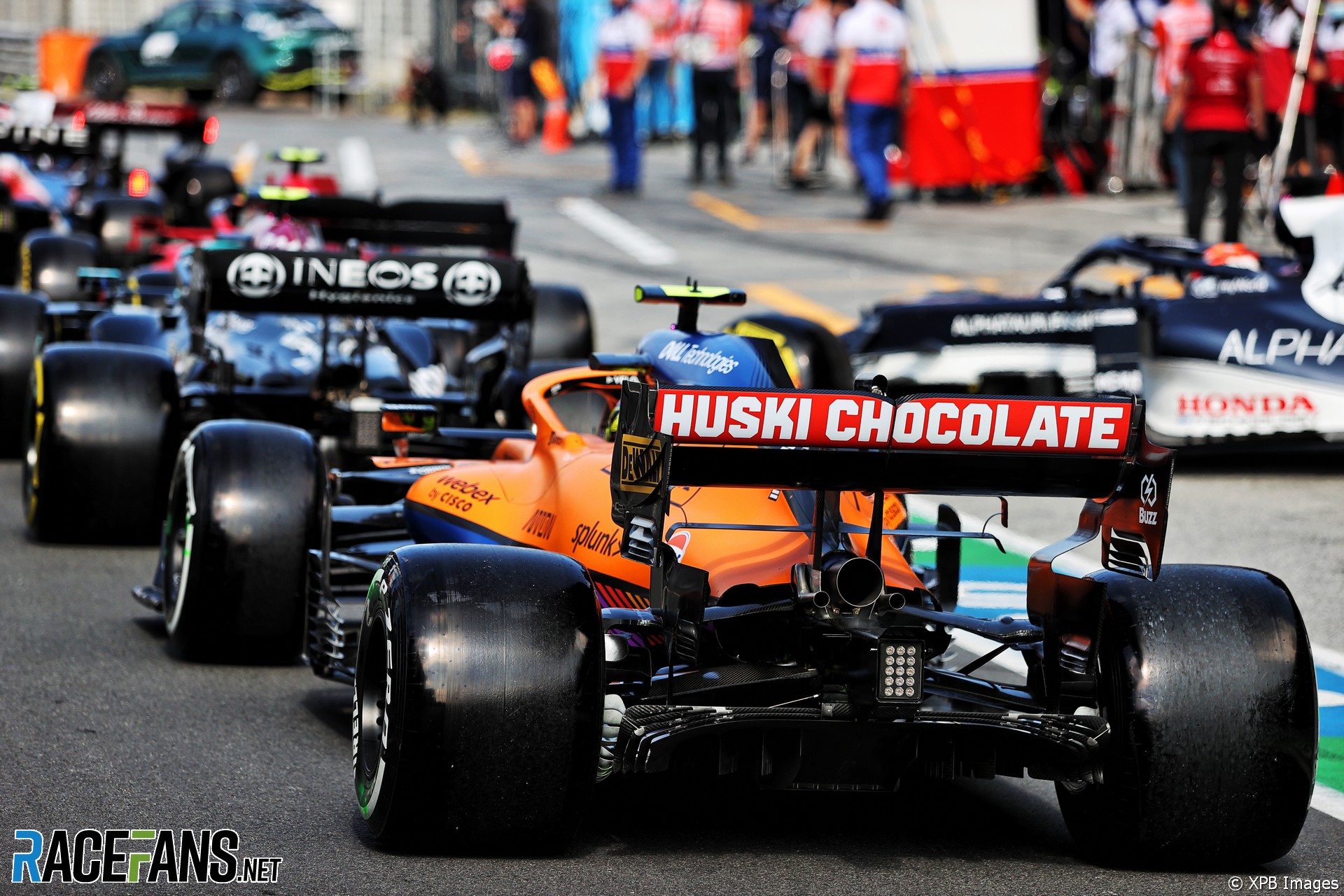 Formula 1 race director Michael Masi has issued a special instruction to teams warning them not to block rivals in the pits during the Dutch Grand Prix.

The tight pit complex at Zandvoort has prompted concerns teams may obstruct each other when multiple cars come into the pits together.

A particular concern is the possibility teams may attempt to pit both their cars at once, queueing one behind the other, referred to as “stacking”. Given the lack of space in the pits at Zandvoort, doing so could obstruct other cars moving in and out of rival teams’ pit boxes.

Masi issued a note to teams on Sunday ahead of the Dutch Grand Prix warning them that delaying their rivals in this way would be considered a breach of the rules.

“The positioning of a car in the pit lane during the race, which impedes another car in the fast lane
or prevents another car from stopping in or leaving its allocated pit stop position may be considered
an infringement of the principles of fairness in a competition along with unsportsmanlike behaviour
by a competitor and/or driver,” said Masi in a statement.

Any team judged to have contravened in this way may be found in breach of article 12.2.1.l of the International Sporting Code, noted Masi, which forbids “any infringement of the principles of fairness in competition, behaviour in an unsportsmanlike manner or attempt to influence the result of a competition in a way that is contrary to sporting ethics.”