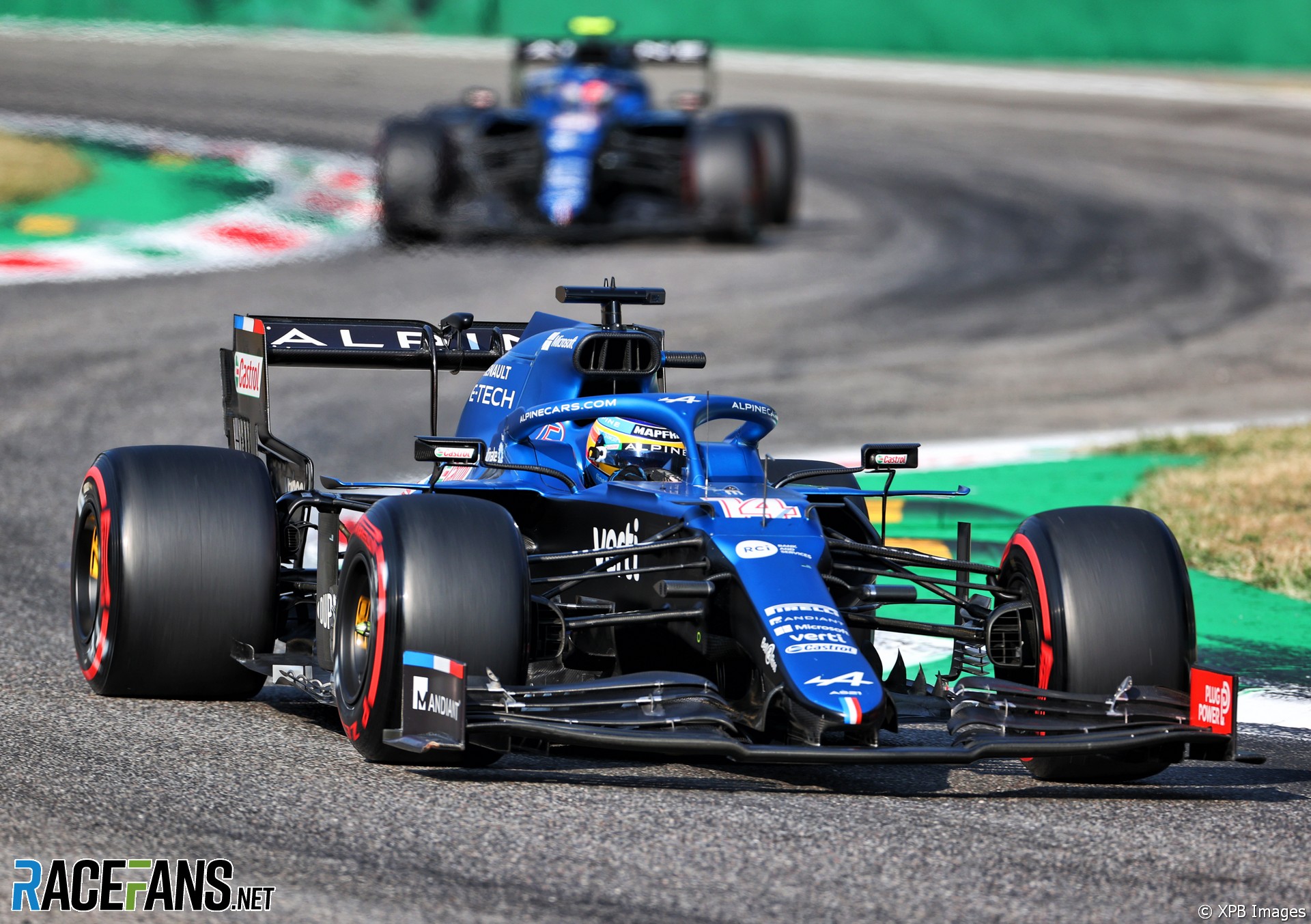 Formula 1 concerns itself too much with trying to “improve the show”, says Fernando Alonso, after a processional sprint qualifying prompted more calls for changes.

The series is experimenting with the sprint qualifying format at three races this year. Today’s race saw few changes of position after the first lap, prompting criticism of the format.

Alonso said Formula 1 should ask whether it needs to revise its race weekend format, pointing out other sports do not keep changing their rules to create more excitement.

“I think Formula 1 is always pursuing an improvement that sometimes this is not needed, in a way,” said the two-times world champion. “I don’t see any other sport being so worried about making or improving the show.

“There are not suggestions how to change the game to make the goal bigger, to play without a goalkeeper to improve the show. There are no dramas.

“The sport is at it is and Formula 1 should be happy and proud as a show because it is a very big thing. So that’s the first thing.”

If Formula 1 is to pursue further changes Alonso believes they should address the forgiving nature of the current qualifying system, which he believes makes it easy for drivers to avoid being compromised by mistakes.

“My feeling is that the Friday is what is maybe dictating the rest of the weekend. Because the qualifying is made by the car performance, not by the driver input.

“So that will be my opinion with experience. To really add some difficulty on Friday, maybe giving only one attempt, not six.”

F1 is considering more extreme changes to the race weekend format next year, including a reverse-grid race, which Alonso is not a fan of.

39 comments on “Alonso: F1 too preoccupied with “improving the show””