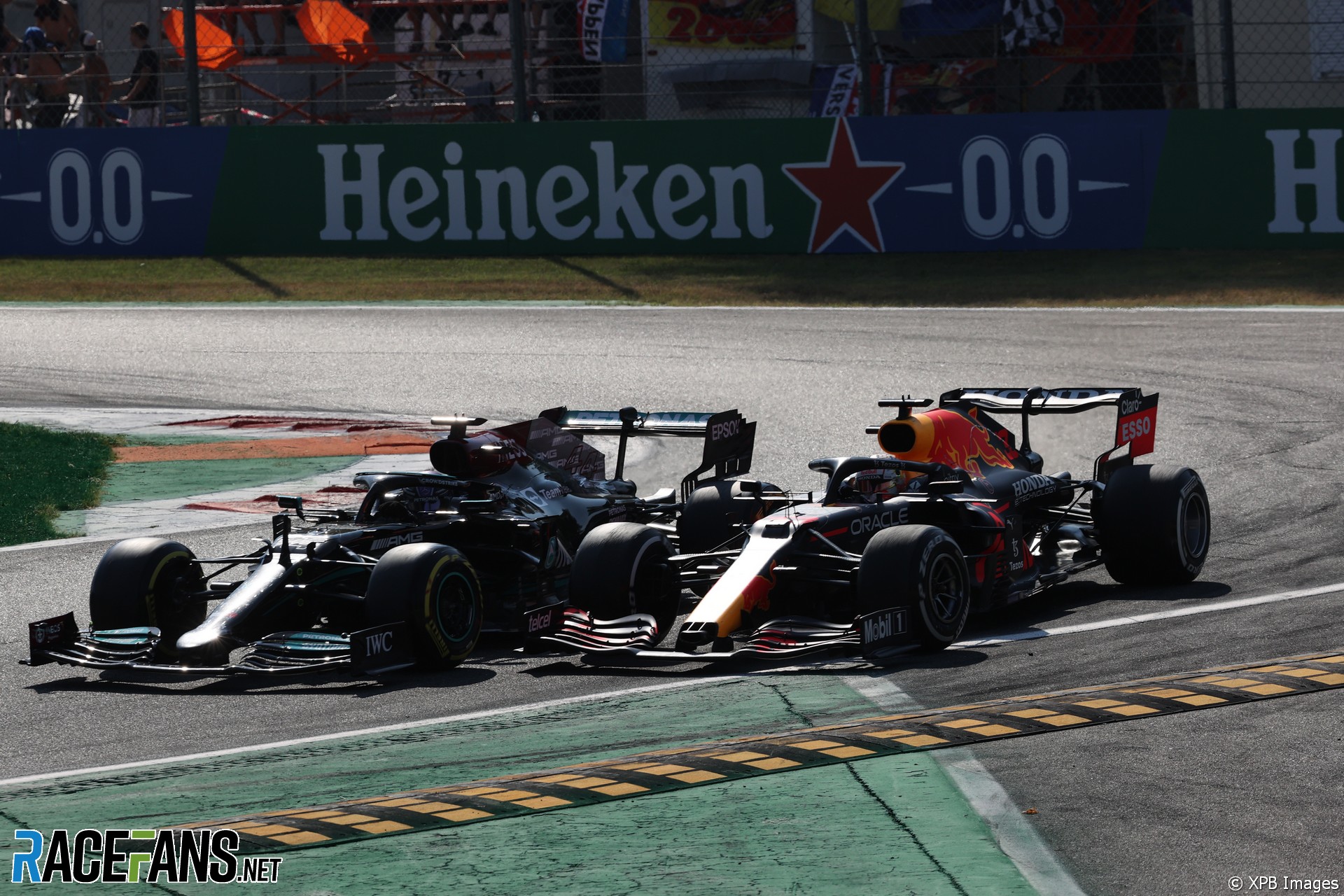 Red Bull team principal Christian Horner has insisted his driver Max Verstappen is prepared to back out of collisions when racing wheel-to-wheel with rivals.

Verstappen has a three-place grid penalty for this weekend’s Russian Grand Prix for his collision with Lewis Hamilton in the previous round at Monza. The stewards ruled the Red Bull driver was predominantly to blame for the crash, which eliminated both drivers, as he was not far enough alongside Hamilton to attempt a move.

Horner said Verstappen has shown willingness to concede corners to rivals when he has to, but believes his rivals recognise he is unlikely to do so.

“Max is always very open to that. He’s extremely self-critical. You’re always learning. But he is a hard racer. It’s part of his characteristic. It’s part of why he has the following that he does.

“You know that when he’s in the car he’s going to give 110%. I think that also has the impact on the driver on he’s racing because they just know he’s going to go for it.

“Of course there has to be measure and I think that at the right time he has shown that measure, I think in different races even that we’ve seen this year.

“But it’s part of the character that he is, he’s an attacking driver, it’s part of his make-up and I don’t think that is going to change.”

Three-times world champion Jackie Stewart was among those who took issue with Verstappen’s approach following the Monza crash, saying it showed he lacked maturity. Horner dismissed the criticism.

“Of course I always respects Sir Jackie’s opinion but I think Max has shown great maturity this year,” said Horner. “And of course, you’re always evolving, you’re always learning. I’m sure Sir Jackie made a few mistakes in his time. That’s the journey of life, you learn from every experience.

“I think when you see the progression from a 17-year-old when [Verstappen] came into Formula 1 to the driver he is today, it’s pretty impressive.”

Yesterday Hamilton suggested the collision between the pair was a consequence of the pressure Verstappen is feeling in his first championship fight in Formula 1, a view Horner also rejected.

“I don’t see any change in him at all,” said Horner. “Max is a young guy, he is going for it, he’s got nothing to lose. He’s not sitting there with a bunch of world championships defending the title. He’s the challenger and I think that that’s the way he’s attacking this championship.

“When you see the pressure he was under under with a home crowd in Zandvoort, you don’t get bigger pressure than that. I think the way he handled that in particular was was truly impressive.

“He’s just really enjoying and relishing this battle. It’s been a long, long time since we’ve been in a position like this and, of course, that’s exciting for him, it’s exciting and motivating for the whole team.”