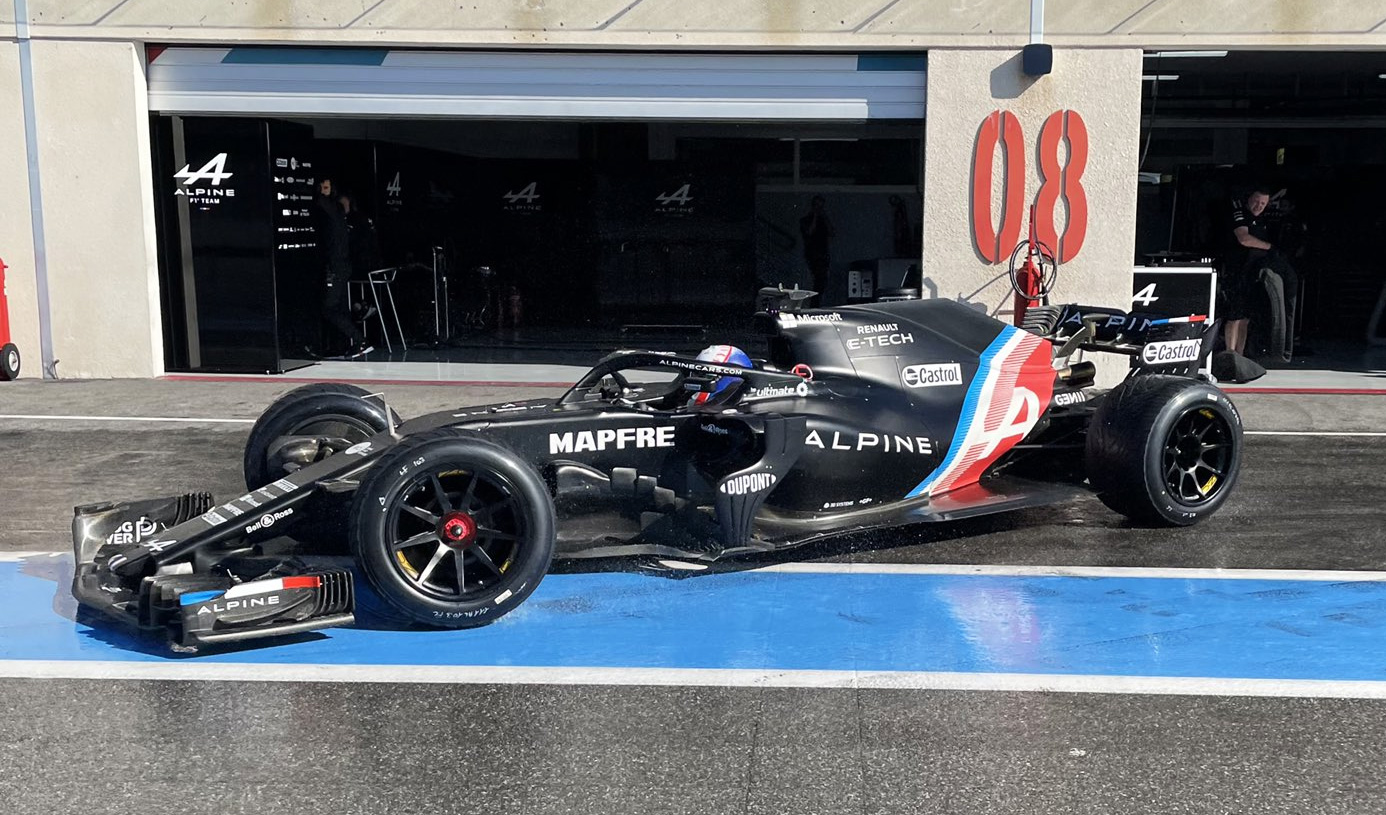 Pirelli has completed testing of the new 18-inch tyres which will be introduced for the 2022 Formula 1 season.

Alpine test driver Daniil Kvyat covered the last of 36 days of track testing in France yesterday. The test at Paul Ricard was held in wet conditions.

Most of Pirelli’s testing took place during 2021. A few days of running were completed in 2019 and 2020 before the introduction of the new rubber was delayed by a year due to the Covid-19 pandemic.

Pirelli has used 1,568 tyres – six lorry-loads – to cover 4,267 laps. It produced 70 virtual prototypes and 30 different physical examples to define the five new compounds and constructions which will be raced next year.

These were tested on 10 different circuits in a mixture of dry and wet conditions, covering more than 20,000 kilometres. Nine of the 10 teams participated. The exception was Williams, which decided not to go to the expense of producing a ‘mule car’ for the tests during its financial difficulties early last year.

One planned test was cancelled due to technical problems with Alpine’s car. Carlos Sainz Jnr refused to confirm reports he crashed during another test at Jerez in February.

Mercedes pulled out of one test in May due to budget concerns after one of their chassis was damaged in the Emilia-Romagna Grand Prix. Ferrari took their place.

The majority of current drivers participated in the test of F1’s biggest change to its tyre specification for decade. Lewis Hamilton did so in April, followed by team mate Valtteri Bottas. Hamilton’s new team mate for next season, George Russell, drove a Mercedes fitted with 18-inch tyres at Yas Marina in 2019.

“With this latest wet test we finally close our development schedule for the new 18-inch tyres,” said Pirelli’s head of motorsport Mario Isola.

“Last year, the Covid-19 pandemic meant that we had to revise our test programme entirely, cancelling on-track testing to concentrate on simulation as well as virtual development and modelling. This system of virtual screening helped us optimise the number of physical prototypes produced and return to on-track testing for 28 days throughout 2021.”

Isola said it had been “vital” to gain the input from current drivers. The 18-inch tyres will be used for the final two days of testing at Yas Marina at the end of the year.

“Next year, we will still have some test days at our disposal, which will allow us to fine-tune the 2022 tyre with the new cars if needed,” said Isola. “Once the specification has been validated by the FIA, the drivers will have the chance to try out the definitive 18-inch tyres at the test after the Abu Dhabi Grand Prix, although we will have to wait for next year’s pre-season tests to see these tyres in action on the 2022 cars for the first time.”