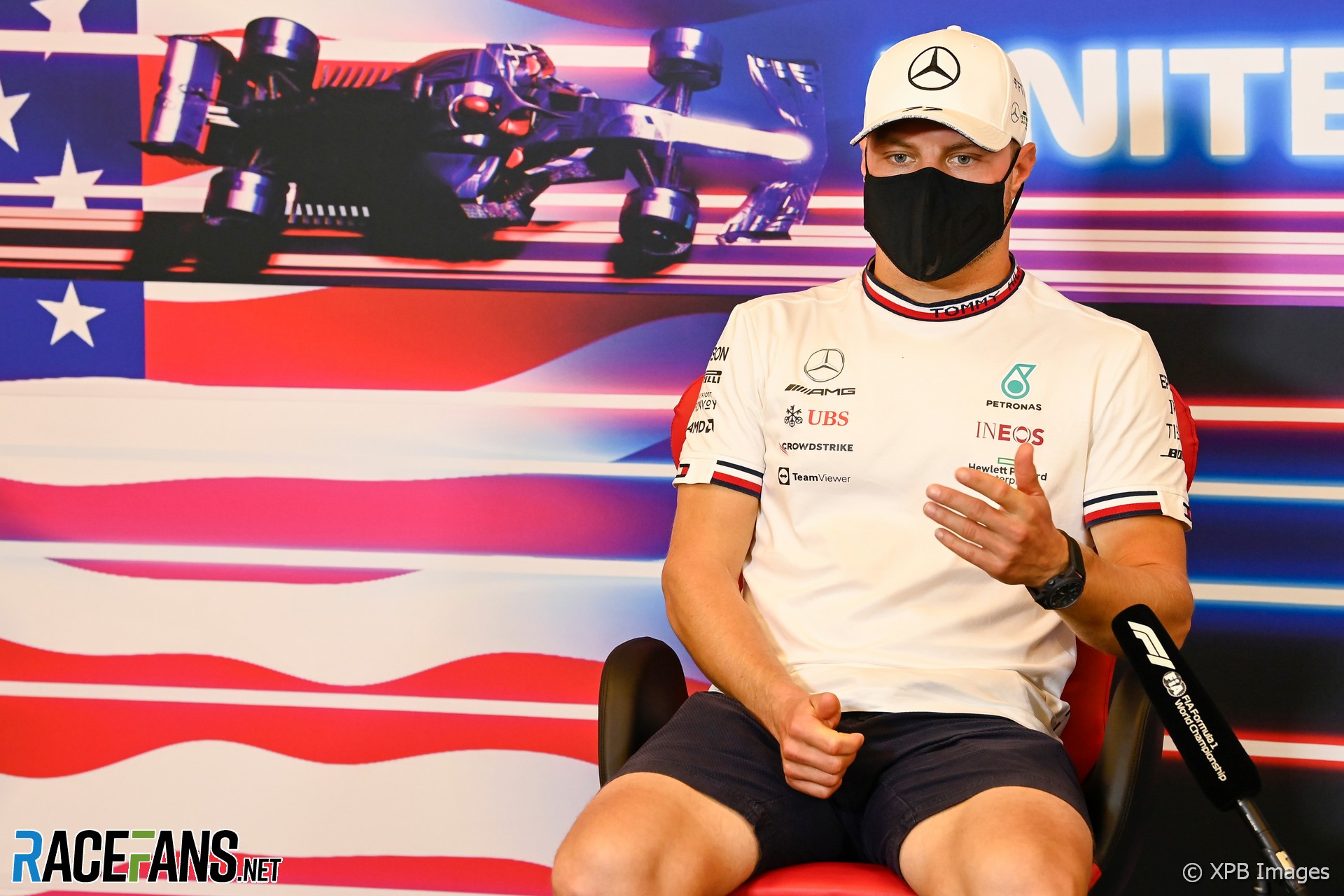 Valtteri Bottas will have a five-place grid penalty for this weekend’s United States Grand Prix after exceeding his power unit parts allocation again.

The Mercedes driver’s car has been fitted with its sixth different engine of the season so far. Drivers are allowed a maximum of three before they incur penalties.

A Mercedes spokesperson said Bottas’ new power unit will ensure “the best balance of performance and reliability to the end of the season.”

Bottas will have a new internal combustion engine fitted, further exceeding his maximum allocation, and will therefore move back five places on the grid. He will also have a new exhaust fitted, but remains within his allocation of those.

The other two Mercedes-powered drivers will also have new MGU-Hs fitted, also exceeding their maximum allocation of those components, and therefore will have to start at the back of the grid. Like with Bottas, both are taking new exhausts as well, but have not exceeded the maximum number of those.

Out of the eight Mercedes-powered drivers, only Lando Norris and Lance Stroll are yet to exceed their maximum allocation of power unit parts. Mercedes have been managing a reliability problem with their hardware.

18 comments on “Bottas to take another grid penalty, along with Russell and Vettel”