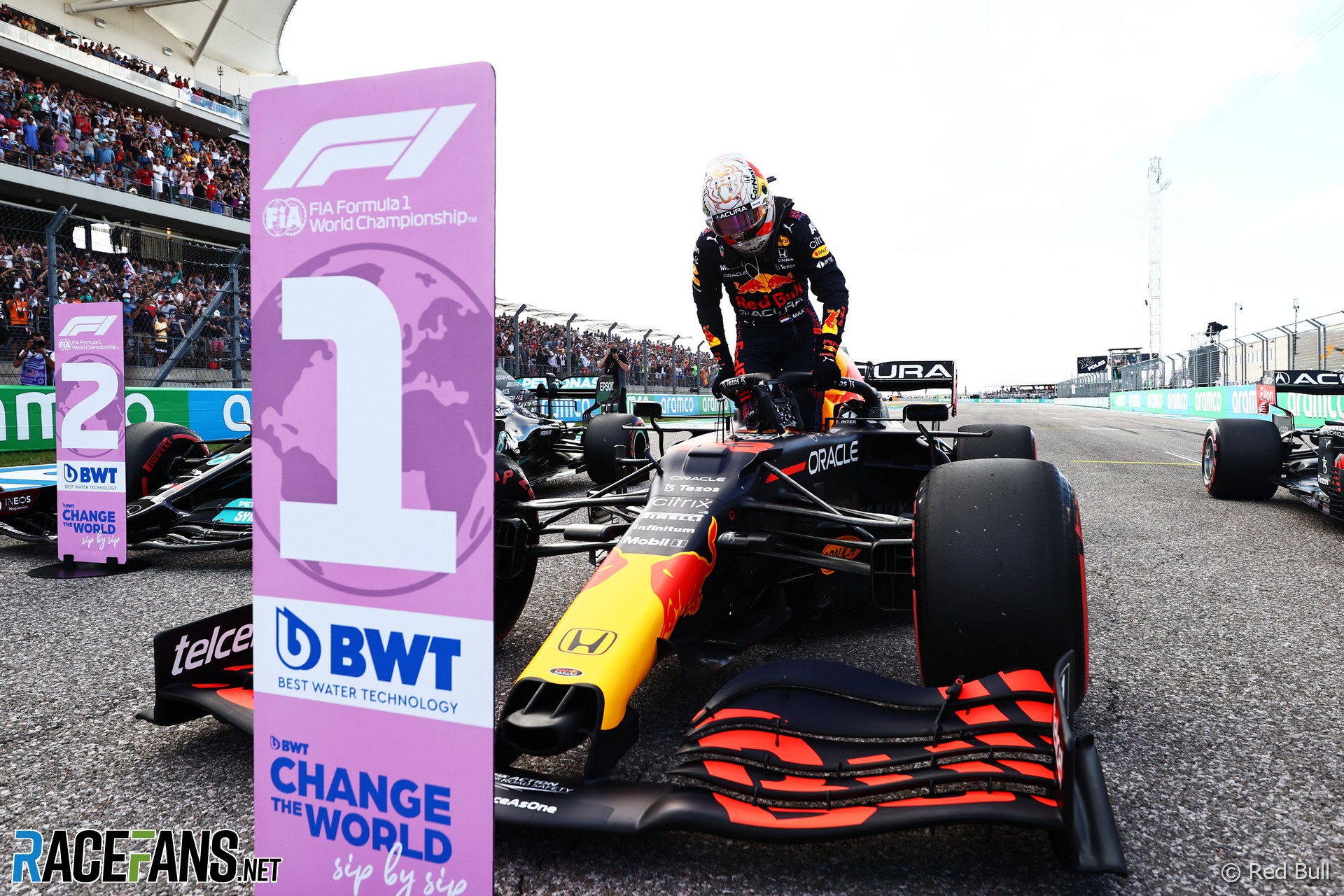 In the round-up: Valtteri Bottas says Red Bull found more pace from their car after Mercedes’ strong start to practice on Friday.

Bottas: Red Bull were “nothing amazing” on Friday

Bottas qualified fourth for the United States Grand Prix but will start ninth due to a grid place penalty. He said Red Bull had clearly found more improvements than Mercedes during the race weekend.

“Yesterday, they looked okay, but nothing amazing. So I think they found a bit more than we did overnight,” he said. “For me, the car felt a lot better than it did yesterday but overall Red Bull made a bigger step and that definitely have the upper hand today.”

However Bottas remains hopeful for Mercedes’ chances in the race. “I still think their race pace was quite similar,” he said.

McLaren and Ferrari fight will go to end of season – Brown

Zak Brown believes McLaren and Ferrari’s battle for third place in the constructors’ championship will continue through the last six races. “I think it’s going to be a fight to the finish with with Ferrari so every race really counts at this point; we’ve had some really strong races recently and then we’ve had some tracks like in Turkey where we’ve struggled.”

McLaren’s drivers qualified sixth and seventh, behind the two Ferraris. Although Bottas’ penalty means they will all move forwards, Ferrari have the upper hand after US Grand Prix qualifying.

“I don’t think we’re going to be comfortable with any of the six races remaining of the year,” said Brown. “I think we’ll have some good races, not so good races.”

Gasly: Netflix means being recognised in the street

Pierre Gasly said he was impressed by the scale of the crowd at COTA this year, which may well turn out to be F1’s most-attended event ever.

“I must say it’s pretty impressive,” reflected Gasly. “Even [on] my in lap, when I kind of parked in the pit lane, I could hear the crowd shouting, and it’s really fun. I really like the way Americans are really entertained and really into every sport and events. And I must say for us it makes it more pleasant as well, and it’s great to see.

He said he was also being recognised “a lot more,” citing Drive To Survive as how people were identifying him. “I think Netflix has had an impact here compared to the last two to three years.

“The streets, the restaurants, even in town – it’s America, it’s quite far away from where I’m from.”

#Indy500 by tomorrow will most likely no longer be the largest sporting event since the pandemic. Well, unless we actually get to see the manifest and the true number. Otherwise that 150k (all told spectators plus industry) looks like its going to get beat at COTA.

Love COTA, but track limits is a real drawback of this place. Needs a lot more gravel and a lot less run-off.

Not that Monza was going to be forgotten in a hurry… 🇮🇹🏆 #McLaren #F1 pic.twitter.com/wNgeNs4ecx

"Hamilton: 'I think the surprising thing is that I've been racing this long and I still have that same feeling when I fail or when I don't succeed, and I turn that into a positive and use it as fuel. I thought that that would wear off as I got older, but it's not.'"

"I've just been here (in the US) two days, and I just tried Texas BBQ last night and I don't think that I've eaten enough or discovered (other) restaurants enough. Texas beef is good but (Japanese) wagyu beef is still better."

Ben Needham says that this year’s US Grand Prix may be F1’s biggest event but that Circuit of the Americas doesn’t seem fully prepared for the capacity.

I’m here for the weekend and it’s very badly organised. Both parking and the shuttle service (all paid for in advance at sizeable expense) were appalling yesterday; taking some people two-and-a-half hours to leave after final practice. COTA doesn’t seem to be set up for the number of tickets they’ve sold. Once inside it’s great fun and a good atmosphere, but arriving and leaving is a an absolute joke.

I’ve been to a number of races but feel increasingly ripped off each time. It can be such good fun, but with travel, accommodation, tickets, food, drink, parking etc… it does leave a slightly sour taste. All that said, I knew what I was signing up for and I keep coming back for more!