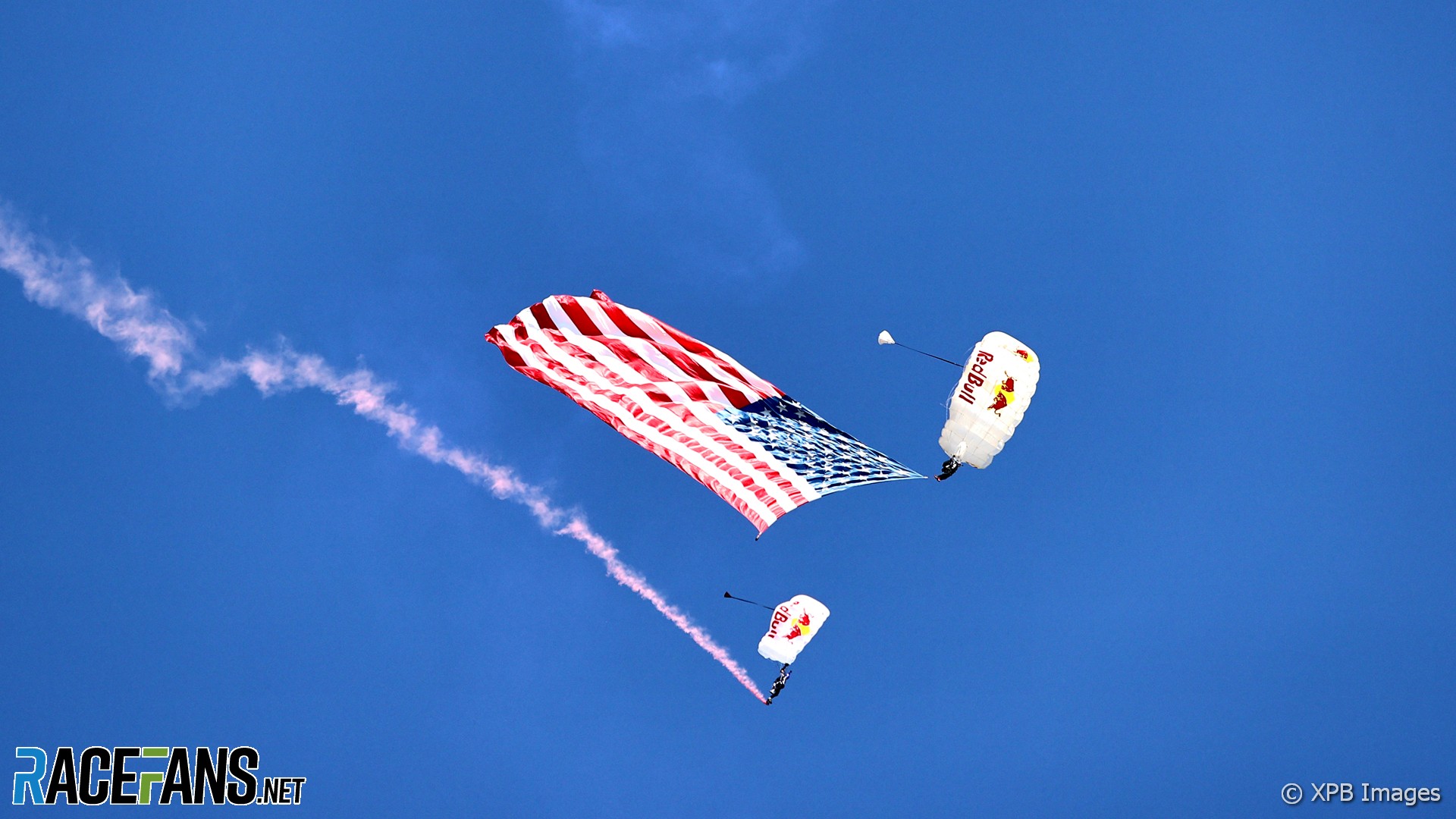 Formula 1 finally appears to be making progress towards its goal of building an audience in the USA.

Last weekend’s United States Grand Prix attracted 380,000 fans over three days, with around 140,000 packed into the Circuit of the Americas in Austin, Texas on race day.

The Miami International Autodrome in Miami Gardens will join the schedule in May next year, ensuring the huge American market is represented at both end of the calendar. But some say F1 shouldn’t stop there.

Rumours have long suggested the sport could make a return to Las Vegas, which previously held races in 1981 and 1982. Long Beach in California is another former F1 venue which has been tipped for a revival before, and the series unsuccessfully courted an event in New York for several years in the 2010s.

F1 has long craved popularity in the USA. Now that’s finally being achieved, should it expand beyond two races in the country?

The size and value of the US market makes it an obvious target for F1’s expansion, irrespective of the fact the sport is now American-owned. Although F1 returned to the USA in 2012, only since Liberty Media’s takeover has it had a strategy to develop the sport in the country, and that is beginning to pay dividends.

America’s population is around 43% the size of Europe’s, yet next year it will have two F1 races to Europe’s 10. Adding a third would redress the balance rather than skew it in favour of the US. With races already in eastern and central states, adding a third event to service the large population in the west of the country would be a logical move.

The 2022 F1 calendar already features a record 23 races which is pushing teams to breaking point. The sport is arguably saturated with events as it is, and if any further rounds are to be added they should be in countries which don’t have a race at all. Or, indeed, continents, as in the case of Africa.

The options for a further F1 race in America are unrealistic or unappealing. The original Vegas event was a short-lived failure, Long Beach is now synonymous with IndyCar, and the only F1-ready grade one circuit in the country beside COTA is the road course at Indianapolis, where F1 already tried and failed to find a home in the shadow of the country’s greatest race.

As the operator of an English-language motorsport website I obviously have a vested interest in the sport’s success in such a large, English-speaking country.

That said, I also believe expanding in the US is the correct thing to do, if only because F1 hasn’t seriously tried to crack the American market previously (it wouldn’t have walked away from, for example, Long Beach in 1983 otherwise).

Within F1’s growing and densely-packed calendar some areas feel over-subscribed for their regional populations (there are a lot of races in the Middle East now) while others are neglected entirely (Africa). Relative to some parts of the world, the US market feels inadequately served.

There’s also the question of time zones. For US audiences European races are at inconvenient times, while Middle Eastern and Asian rounds are only ever going to be watched by the die-hards. The best way to attract casual viewers in large number in the US is therefore to add more races in their time zone.

Nonetheless three races should be the absolute limit for F1 in the USA. Moreover, a third should only be added once the second event in Miami is established and if a suitably impressive venue which adds real value to the calendar can be found.

Should F1 add a third race in the USA? Cast your vote below and have your say in the comments.

Do you agree F1 should add a third race in the USA?

97 comments on “Should Formula 1 add a third race in the USA?”