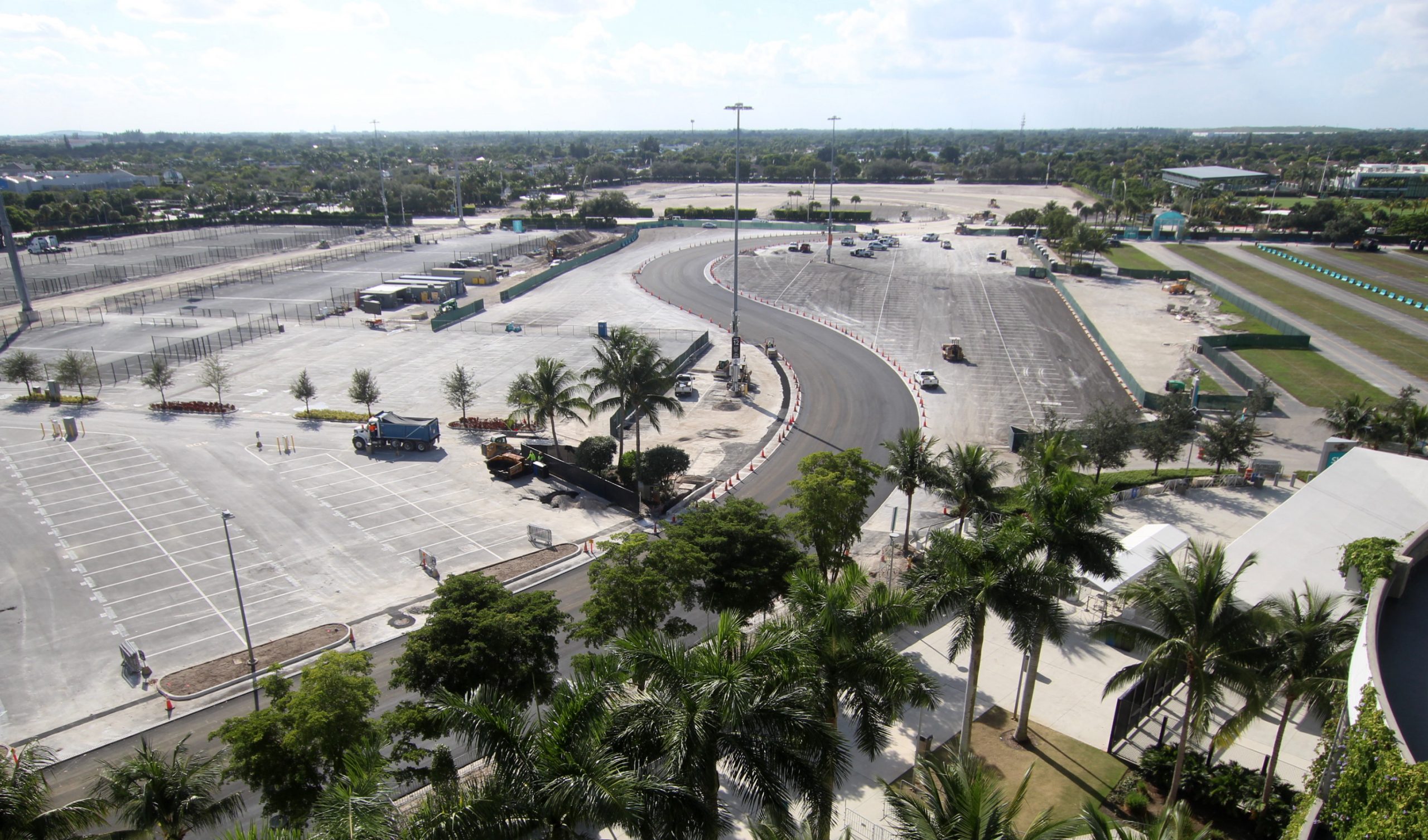 The circuit which will hold America’s second Formula 1 race from next year will not disappoint despite being based in a car park, according to the series’ race director.

The FIA’s Michael Masi visited the Hard Rock Stadium in Miami Gardens two weeks ago where building work on the Miami International Autodrome is underway.

The unconventional course is being laid out on the land around the stadium, much of which is currently used for car parking. However Masi said he had a “great” initial impression of the facility, which he believes will be a “proper circuit.”

Often described as a ‘street’ track, the course will largely avoid public roads due to the promoters’ agreement with city councillors. Once complete its configuration will be comparable to many other F1 circuits. The 5.41 kilometre track will include 19 corners and three significant acceleration zones, with cars hitting top speeds of 320kph.

Miami’s track will be the 11th different venue F1 has raced at in America. Among those was another circuit based in a car park, the Caesar’s Palace track in Las Vegas, often held up as an example of F1’s unsuccessful past efforts to crack the US market. The unloved layout largely failed to inspire either drivers or local interest, despite holding a pair of title-deciding races in the early eighties.

But Masi expects good things from Miami’s new venue. “It’s far from a race in a car park, far from it, considering the level of work that is ongoing there in a number of areas,” he said. “The facility’s coming along really, really well and will be something unique.”

The circuit developers face the unusual challenge of having to construct a track around a venue which is in regular use. The Hard Rock Stadium is home to the Miami Dolphins NFL team.

“They’re having to integrate an NFL season between all the work that they’re doing and sort of compartmentalise the areas of work they’re doing at the stadium,” Masi explained. “I think it’s a credit to them they were doing major work there last week then obviously had to put everything back to a level for the Dolphins game to happen on the weekend and start again sort of the following day. So Miami’s coming along really well.”