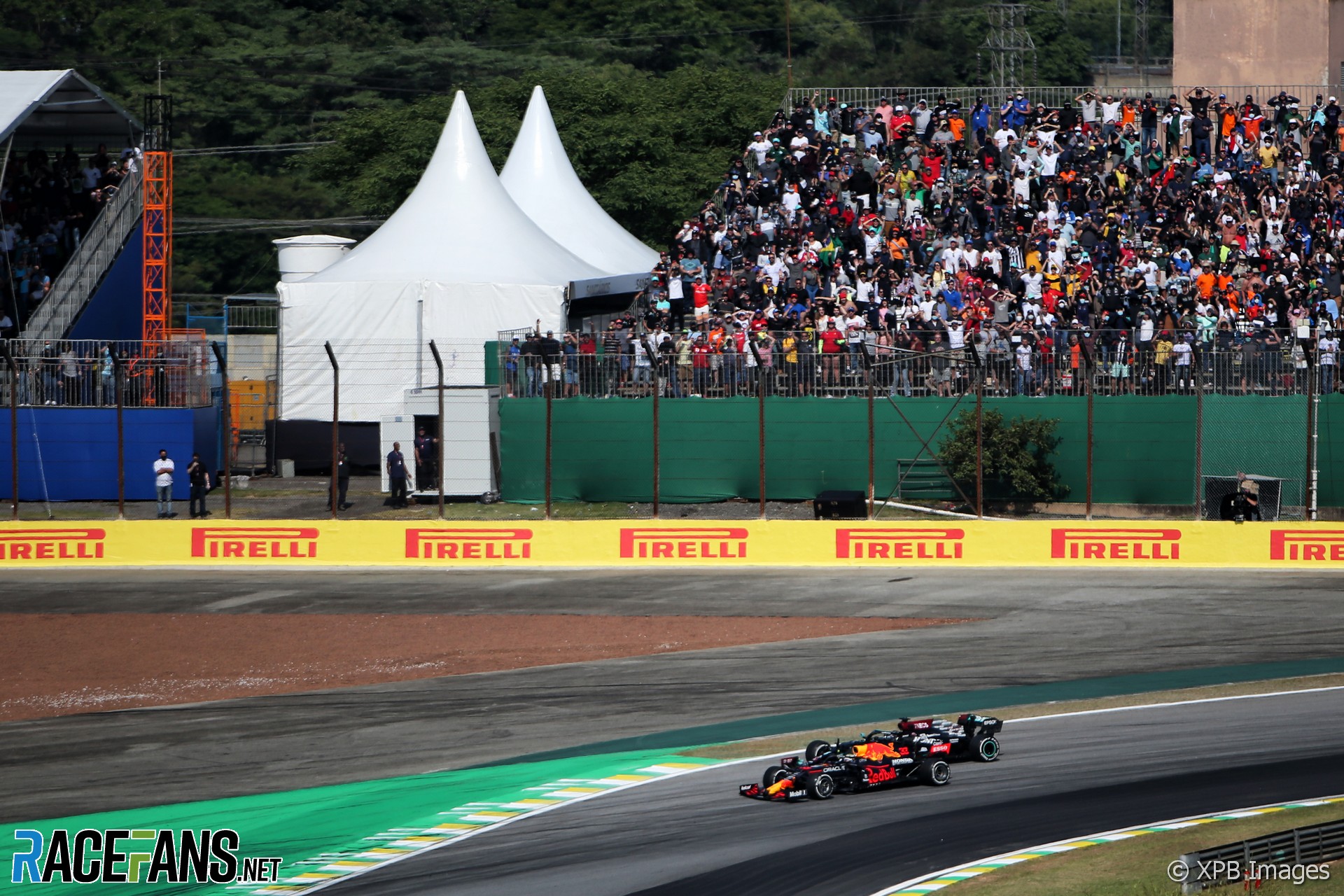 Formula 1 drivers are expected to quiz the race director over a precedent set by the decision not to investigate an incident between Lewis Hamilton and Max Verstappen in the Sao Paulo Grand Prix.

The Red Bull driver ran wide at turn four on lap 48 of the race while Hamilton was trying to overtake him on the outside. The Mercedes driver pulled ahead of the Red Bull on the way into the corner, but Verstappen reappeared on his inside at the apex of the corner before running off the track, and kept his position when the pair rejoined.

Other drivers and teams pointed to past incidents when they were investigated and penalised for similar moves. McLaren team principal Andreas Seidl said he expects the matter to be raised at the drivers’ briefing with FIA Formula 1 race director Michael Masi today.

His driver Lando Norris said there were “scenarios where people have got penalties for far less and less intentional” moves.

Pierre Gasly said yesterday the incident was one of a series of recent decisions which raised questions over the enforcement of the regulations. “It’s important to really define what the limit is and what the rule is,” the AlphaTauri driver told Sky. “Because it’s been, I must say, quite inconsistent over the last few races with different sort of penalties for similar incidents.”

Mercedes requested the stewards review the incident after new footage of the incident emerged. Their petition was rejected earlier today.

Team principal Toto Wolff said that was “completely expected” but that the team wanted to highlight questions over how the incident.

“We wanted to trigger discussion around it because probably it will be a theme in the next few races, and I think that objective is achieved,” said Wolff. “We didn’t really think it would go any further.”

The footage shows Verstappen did not intend to stay on the track when he approached the corner, Wolff believes.

“What you’ve seen on the video is clear to everybody who has ever raced a car, obviously far away from any of the levels that any driver in Formula 1 can do. That corner was not meant to be the corner where he stayed on track. He didn’t [mean] to stay on track.

“So that’s my personal interpretation. But you know, I shouldn’t be judging on anybody’s driver’s driving because if I could, I should sit in the car and not sit on a chair and comment.”

Hamilton, who went on to win the race after passing Verstappen, did not offer a view on the stewards’ refusal to reconsider the incident. “I don’t have any thoughts on it because I was not a part of it,” he said.

Verstappen said the decision was “nice but also expected.”