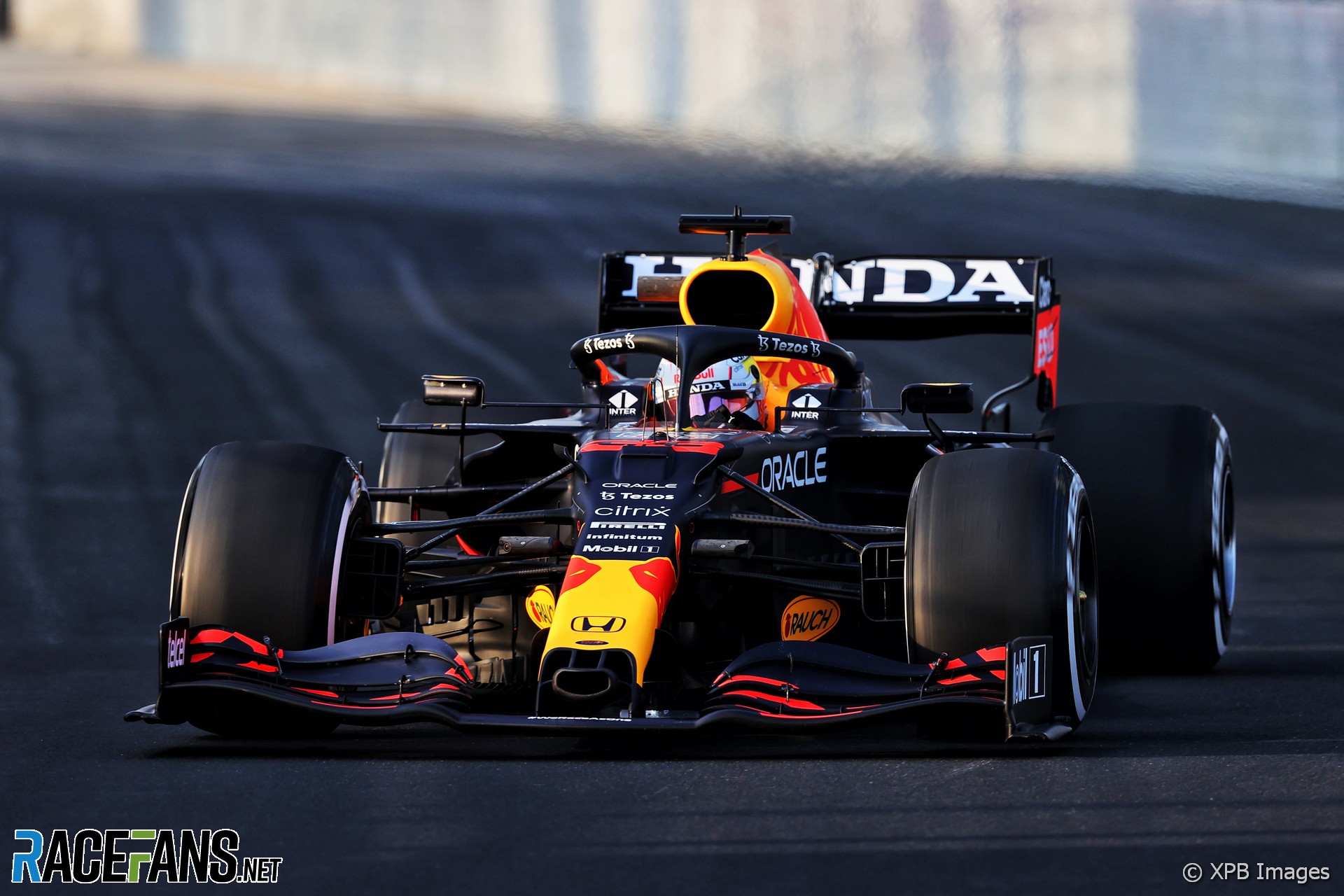 Red Bull team principal Christian Horner says the team are encouraged by how close they are to rivals Mercedes after the opening day of practice for the Saudi Arabian Grand Prix.

Championship leader Max Verstappen was two tenths of a second off rival Lewis Hamilton’s benchmark pace after second practice around the new Jeddah Corniche Circuit. Horner says that the track appears reward cornering performance more than they expected before arriving at the recently-completed venue.

“You can see, there’s a tenth or two between the two cars, between the drivers. On this type of circuit, you can find that. That’s really encouraging for us.”

Verstappen wasted no time in pushing immediately from the opening minutes of first practice. Horner says he believes the challenging, high-speed nature of the Jeddah circuit suits his team’s title contender.

“This is Max’s kind of circuit,” Horner said. “It’s high speed, walls, kerbs. You could see he was down to a time quicker than anybody else. I spoke to him after the session, he’s certainly enjoying it.”

Red Bull previously warned Mercedes would be the team to beat at this circuit due to their strong straight-line speed. However after threatening to protest their rival’s rear wing during the previous round in Qatar, Horner said that following the introduction of new tests by the FIA, his team are now back to a level with their rivals in terms of top speed.

“After the new test was introduced in Qatar, I think that we’ve seen convergence on speed,” he explained. “We’ve seen very similar speeds again here today. So that’s encouraging. Hopefully that will remain the case at this weekend and next weekend.”

With Verstappen setting his quickest time of the day on the medium tyres, Horner described how the team were finding the softer compound more difficult to make work.

“We felt very strong on the hard tyre and the softer the compound we went, the more of a diva the tyre becomes to switch on and to get the maximum out of. So there’ll be a lot of analysis going into that tonight – out-laps and preparation and all of that kind of thing.

“I don’t think from listening to the comments that we were alone in that, I think there were others struggling to get the car in the right window. But once you unlock that, you can see there’s a lot of performance there.”