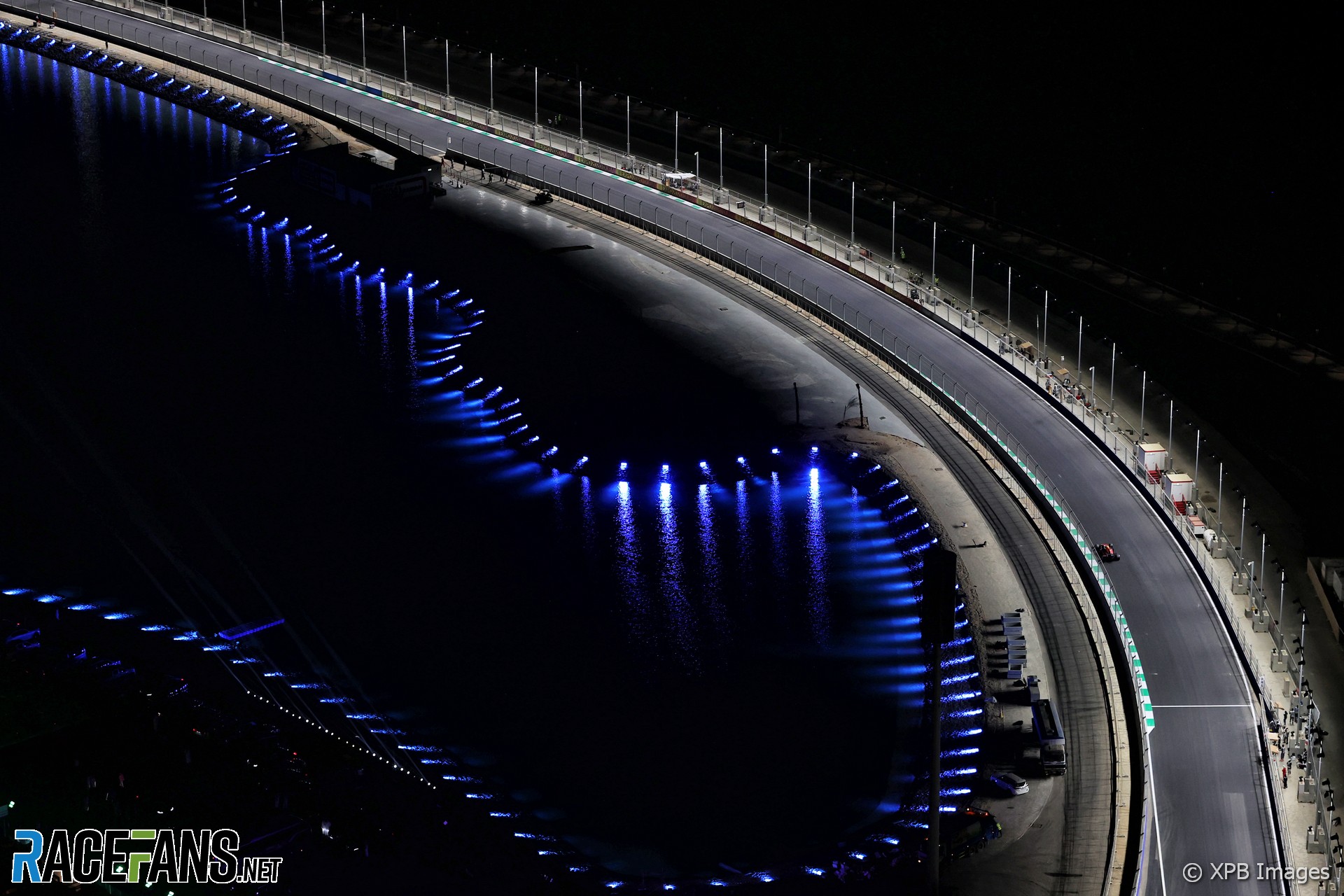 Formula 1 drivers have been told to avoid slowing down around three corners to reduce the risk of collisions with cars on flying laps at the Jeddah Corniche Circuit.

Several drivers raised concerns following near-misses on the first day of practice at the circuit which will hold the first Saudi Arabian Grand Prix this weekend.

The final sector of the lap has been a particular concern, as drivers have slowed approaching the last corner in order to ensure they have a traffic-free space to begin a timed run. Following Friday’s running at the track, FIA F1 race director Michael Masi has warned drivers not to slow in the fast, blind corners which proceed the final turn.

“Any driver intending to create a gap in front of him in order to get a clear lap should not attempt to do this around turn 23 through to turn 25,” reads updated guidance issued to drivers ahead of final practice. “Any driver seen to have done this will be reported to the stewards as being in breach of article 27.4 of the Sporting Regulations.”

A minor alteration has also been made to the pit lane exit at the track. The white line limiting where drivers can merge into the track has been extended further towards turn two.