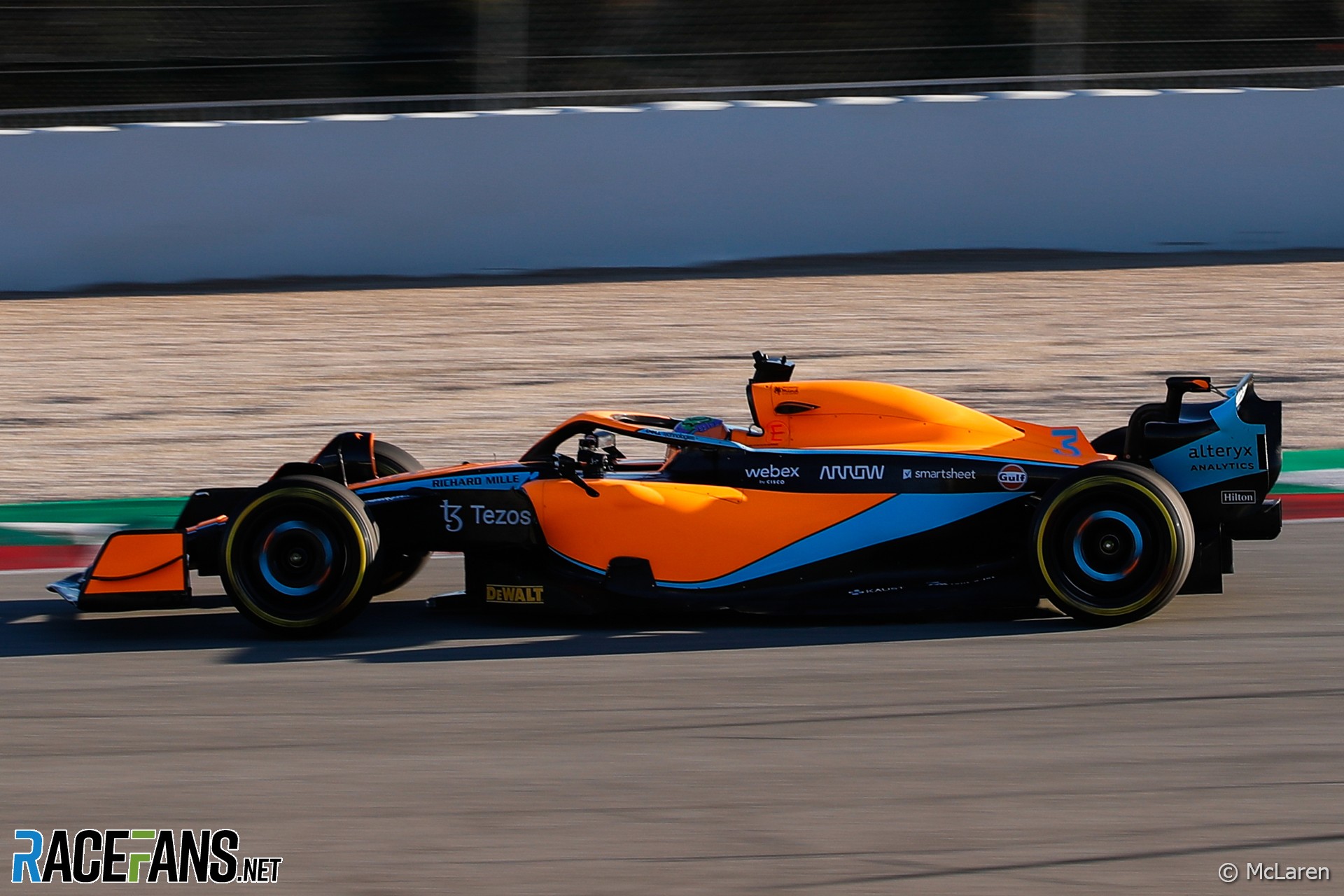 McLaren have run their new MCL36 car for 2022 on the track for the first time just days before the first pre-season test in Barcelona.

The team took part in a short shakedown of the car to test basic systems at the Circuit de Catalunya in Barcelona, ahead of the three day test that begins at the circuit on Wednesday.

Lando Norris was the first of the McLaren drivers to get behind the wheel of the MCL36, which features dramatically overhauled aerodynamics in line with the major technical regulations changes introduced this season. The was lacking the logo of team sponsor Velo, a brand of British American Tobacco.

McLaren are the second team to conduct a shakedown test at Barcelona today, after Haas ran a similar shakedown of their VF-22 this morning.