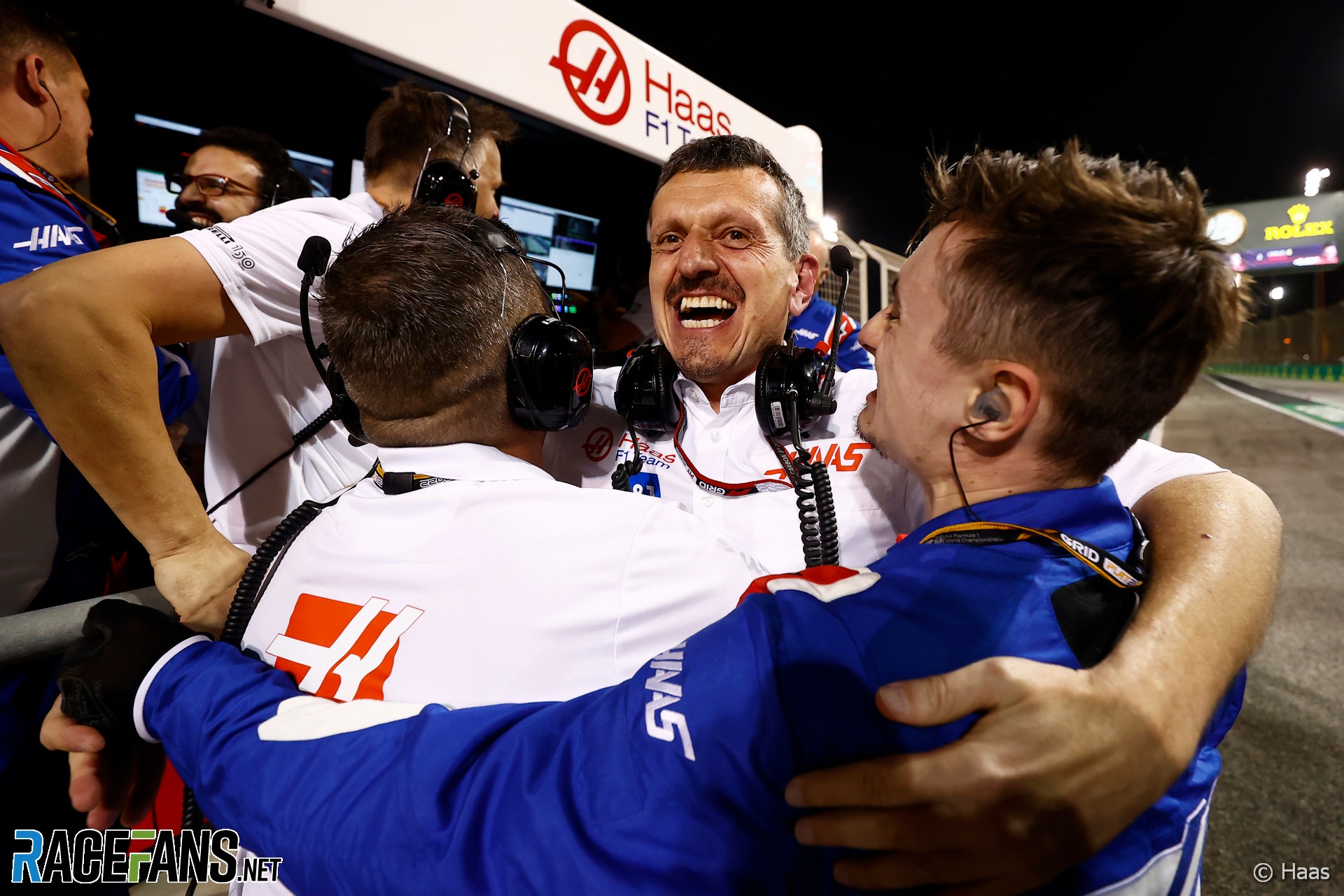 In the round-up: Haas team principal Guenther Steiner is realistic about the team’s strong position in the constructors championship after the first race of the season.

Kevin Magnussen’s fifth place in the Bahrain Grand Prix behind the Ferrari and Mercedes drivers propelled Haas to third in the constructors championship.

But heading into the second round of 2022, Steiner admits third in the points standings not a realistic goal for the team this year. “I don’t think that will stay for long,” he said. “But anyway I enjoyed the dream.”

He said team owner Gene Haas had been fully on-board with the decision to rehire Magnussen after dropping Nikita Mazepin.

“Sometimes you just have to stick, you make your decision and you stick with it, you don’t get distracted,” Steiner said. “And Gene is very good with that.

“Once it is talked through, if you say we’re going to do it, it’s just like to execute it. He trusted us to get Kevin back. You know, we spoke once about that and then it was: just do it.”

After finishing 14th and 15th at the Bahrain Grand Prix, McLaren is treating the Saudi Arabian Grand Prix weekend as an opportunity for learning, says Daniel Ricciardo.

“The Bahrain Grand Prix was tough, and not how we wanted to start the season, but we’re putting together our plan to get higher up the grid,” Ricciardo explained. “We know we might not get there in one weekend, so we’re focused on learning as much as we can at every event. There’s a long season ahead of us with a lot of opportunities and that’s exactly the case in Saudi Arabia.

“We’re going to continue to work as a team and help each other to move forward, that’s why Formula 1 is a team sport. We’ll keep at it, keep our heads held high and do everything we can to progress at every weekend.”

After the first round of the Formula 2 season, drivers praised a return to two races per weekend, rather than last year’s three.

“I think in general the format’s very positive for us as drivers,” said Jehan Daruvala. “We have a lot of rounds and the two races are more determined from qualifying so the drivers take a bit more risks without worrying about affecting the day after. So I think overall, it’s more entertaining for the fans and also for us drivers. We can respect each other, but also race really hard.”

Sprint race winner Richard Verschoor agreed. “For me, mainly what I like a lot is that we have much more rounds this season. I think coming from having one race less in the weekends, it’s more about qualifying now, but I think that’s fair.”

Liam Lawson agreed said the more balanced calendar would be important for drivers’ development. “It’s definitely a bonus for us, much smaller gaps throughout the year. We’re in the seats a lot more when you have obviously very short practice session like we do and you have been in the car for two months, it becomes quite difficult. Filling the year is is a lot nicer as well.”

American driver Chloe Chambers has been confirmed as Jamie Chadwick’s team mate for the 2022 W Series season. Chambers, 17, comes to W Series from racing in US F4 and will be making her debut on home soil at the race supporting the Miami Grand Prix.

“Jamie Chadwick sets a benchmark both in and outside of the car with her professional approach, and she is someone I’ve looked up to for a long time,” said Chambers, who is six years Chadwick’s junior. “Caitlyn Jenner is one of the greatest athletes of all time, so I can’t think of two better people to work with and learn from at this stage in my career. It is difficult to overcome the perceptions of being a female in motorsport, but that drives me to continue to learn and win, and it’s fantastic to have great people in my corner.”

The Bahrain Grand Prix attracted an average of 1.3 million viewers in the US and peaked at 1.5 million viewers around 12:30 p.m. to 12:45 p.m. ET, as the race entered its final and most dramatic laps.

Biggest attendance on the cards for AusGP (Auto Action)

Australian Grand Prix Corporation Chief Executive Officer (CEO) Andrew Westacott believes the event will get close and could even break the record attendance of 401,000, set the first year in 1996.

Horne: 'Shooting from just inside the garage, low down, and using the mechanic in front of me, meant I could create a really nice field of depth in a quieter moment during the race weekend'

Montoya: 'The Aston Martin has been really quiet in the test. If you look at all the Mercedes cars, they haven't been that quick. So is it that they are not that quick or they are sandbagging like crazy. It really matches everything. You look at where they run, and it's kind of an unknown.'

Marti: 'Race pace was definitely our strongest point. In Qualifying, there’s a lot to improve, a lot to work on. It’s something we have to work on, on my side I struggled quite a lot to get a time out.'

After track surface problems created a limited line around Texas Motor Speedway, Steven Robertson asks if there could be an alternative to tyres that lose so much rubber over a race distance?

The IndyCar race was superb but it did make me think about ‘marbles’, I wonder if it’s possible to develop a race tyre that doesn’t shed its outer layers across a track?

I notice in F1 that single race lines form due to this too, surely it’s got to be better for the environment having a tyre that stays in one piece.
@emu55