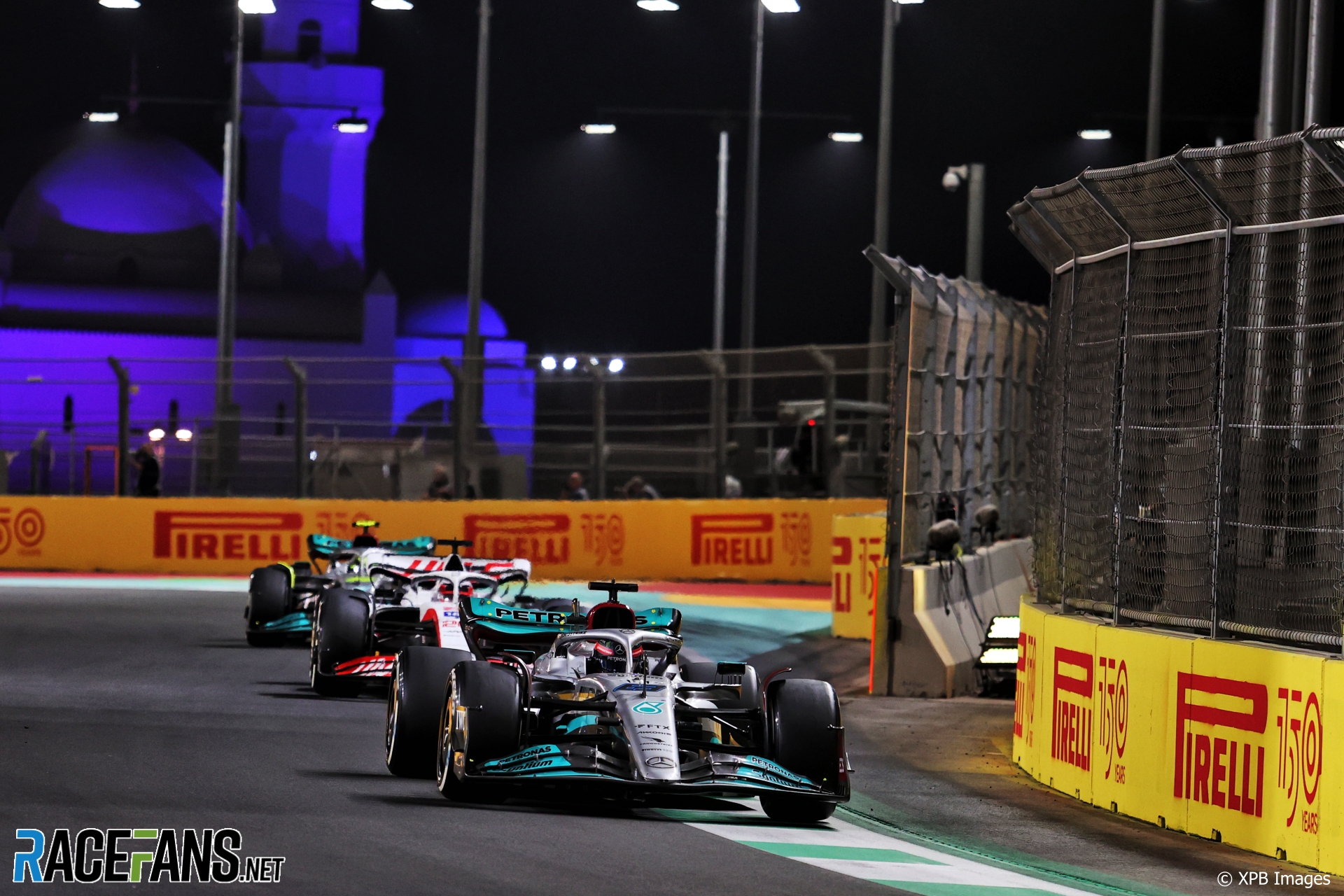 Mercedes is a second behind Red Bull on qualifying and race pace, said George Russell after the Saudi Arabian Grand Prix.

Russell finished fifth in Jeddah, having spent much of the race, essentially, alone on track. He crossed the line 32.732 seconds after winner Max Verstappen, which he said he believed represented the Mercedes pace, relative to Red Bull.

“I think we have a better handle on the race pace than we do quali pace,” said Russell. “But the inherent issues are still there – low fuel, high fuel – and that’s compromising us.

“So when I look at the result, we finished 30 seconds behind, I think that’s probably 30 laps after the safety car, a second a lap. That’s how far we were behind in qualifying, as well.”

Russell said he and Lewis Hamilton have explored different set-up directions as the team try to solve the problems with their 2022 car. “I think on Lewis’s side of the garage they probably went a bit more conservative with the set-up than we did and that was the difference. It’s really a fine line between getting the car in the right window.

“Sometimes there’s so many factors that play when we’re balancing, and sometimes we change the set-up, we think it’ll be an improvement but it actually makes it slightly worse and it’s just seemingly a little bit inconsistent.”

However the complexity of the porpoising problem continues to present challenges for the team.

“The faster you go, the worse it gets so it makes it harder for qualifying because we turn the engines up to maximum power and go quicker down the straight, which causes more downforce and causes more porpoising. So we almost need to pre-empt this issue. Also in the race when you have the DRS closed, you have more downforce than you do with the DRS open and that’s another factor we need to consider.

“So we’re still learning, and that’s why we’re far from optimal. As I say, if we solve the porpoising that will cure 99% of our issues.”