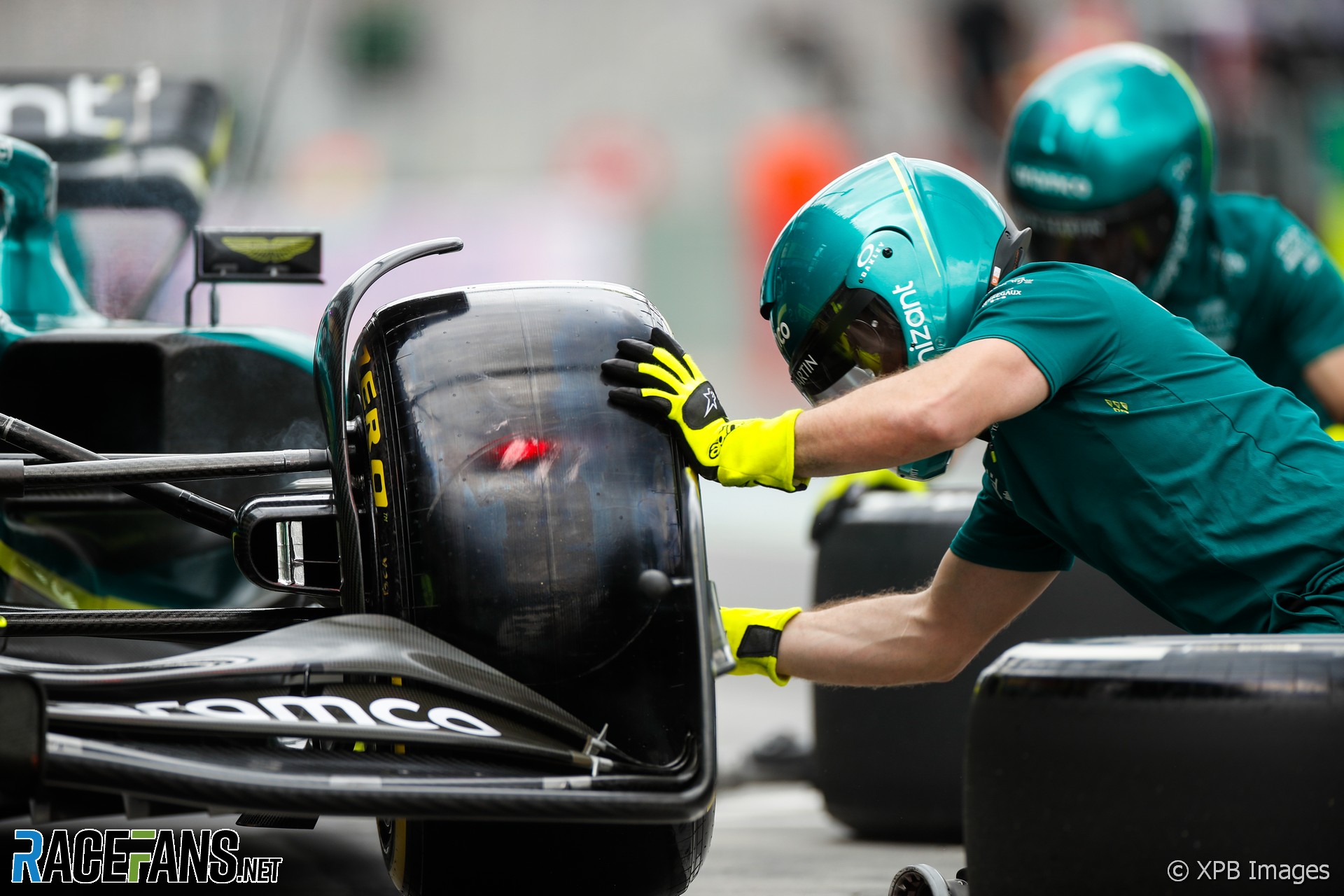 Although emissions from cars are a tiny percentage of the pollution produced by motorsport, they’re the most obvious element.

Compared to the carbon dioxide produced by the vehicles themselves, tyre particulate pollution is a less obvious concern. But these too are a source of potentially harmful emissions – one the sport is increasingly realising it must address.

Motorsport needs the involvement of manufacturers and suppliers, especially at its highest and most expensive echelons. That means presenting an image which isn’t at odds with the automotive sector in general.

At a time when the sport’s environmental credentials are rightly under scrutiny – both in terms of electrification and in supply chain and production line transformation – manufactures and the companies that supply them (such as tyre producers) are in a bind between what’s been viewed as the way to promote good competition and the need for a balance between performance and reliable efficiency.

No one has ever pretended that running through thousands of tyres over a race weekend is environmentally friendly. Taking F1 as an example, each driver currently receives 20 four-tyre sets per ordinary weekend, while the series will trial a reduction at two rounds next year. Over a 23-race season, this comes to well over 9,000 tyres, and that’s before testing is taken into consideration.

High-degradation tyres can deliver performance gains but, by their nature, are highly disposable items. Road tyres, however, are likely to become one of the next frontlines for automotive environmental strife for two reasons. These are a growing awareness of tyre particulate pollution as cities fight to improve air quality and the rising likelihood of a global shortage of rubber (the only solutions to which could be even worse, environmentally, than rubber’s original proliferation as a crop).

It might seem counterintuitive to look at the carbon fibre chassis and fuel-burning engine of a race car and point at the tyres as one of the least-environmentally-friendly parts of it. After all, they’re made of rubber – what’s wrong with using something plant-based?

A significant percentage of natural rubber is used in their manufacture. Although much of the construction of the outer part of a tyre is from oil, essentially a form of plastic, the basis does start in natural rubber even for something as bespoke as Pirelli’s F1 tyres.

Given about 23 litres of oil go into a standard road tyre, it might seem surprising that tyre makers are interested to find alternatives to the rubber, rather than the fossil fuel component. After all, rubber is a renewable from plants, in principal.

In reality, rubber is a problematic crop. Huge parts of Asia were deforested by colonial order to grow rubber trees as a cash crop, destroying habitats and ecosystems. Worse, the damage that was done during the rise of rubber from the mid-1800s to early 1900s is now being compounded by those plantations being abandoned as the set price of rubber as a commodity fails to increase with the cost of production for the small farmers amid the effects of climate change.

Deforestation and rubber are so linked that Pirelli proudly announced last year it had made the world’s first Forest Stewardship Council-assured tyre. This may prove an option for F1 rubber in the future.

Synthetic rubber is another possible alternative, especially in high-end motorsport usage. However it is made from oil by-products, so is not exactly an environmental win in PR terms, even if it offers benefits over natural rubber from unsustainable sources.

IndyCar tyre supplier Firestone announced it will test tyres made using sustainably-sourced rubber at Carb Day during this year’s Indianapolis 500. They will be first seen in competition at the Nashville Grand Prix. Instead of sourcing rubber from rubber trees, the most conventional source, it will take the compound from guayule, a shrubby plant found in the deserts of the southern US and northern Mexico.

The third option is in alternative rubber sources like the dandelion-derived taraxagum which is used for Extreme E’s tyres by Continental. Goodyear launched a cultivation project for the crop in America last month. Whatever the solution, the likelihood that tyre companies and the carmakers they supply will want to advertise greener credentials than rubber wherever possible is a certainty.

The growing number of street races on the Formula 1 calendar may unexpectedly put greater focus on the pollution produced by its tyres.

The Miami Grand Prix will go ahead this weekend despite residents’ attempts to block the event on the new Miami International Autodrome. Protests against noise levels and pollution have gone through legal processes and will likely continue every year the race is held, especially if new challenges can be found. Residents near other circuits may consider similar steps especially as the tyre particulate pollution produced by vehicles is increasingly understood.

Tyre rubber degrades on any car. Particulate pollution from tyres has been suggested to be up to 1,000 times worse than from exhaust fumes in cities and has a serious environmental impact in coastal and riverside areas, contributing significantly to marine microplastic contamination.

As with anything in motorsport, the amount of rubber and particulates coming from the 20 cars on-track is likely to be a tiny percentage of the weekend’s pollutant toll, those cars are the spectacle being attended for and as such, tyre marbles flinging off them is fuel for critics. F1 events, especially with more street circuits added to the calendar, require local support and funding and disgruntled residents finding their own cars limited or taxed in an area will find it easy to point fingers.

Formula E limits tyre use much more strictly than F1. Drivers get three full sets for a double-header or two sets for a single, balancing them between practice, qualifying and the race. FE tyres are not designed to be high-degradation and the Michelin all-weather compound has a minimal amount in common with, say, a Pirelli slick other than both being round and black.

There’s no guarantee that the series’ tyres pollute less than F1’s, in particulate terms, over the same distance. Tyre companies have rarely been required to measure it and hence it is poorly understood, besides the fact heavier vehicles produce more of it.

New tyre constructions which negate or capture particulates are being researched and produced, offering an obvious opportunity for motorsport to contribute to developing greener technologies. If a series could show particulate capture as part of its racing then that would be a big win, especially to sell itself as city-friendly. However, it would likely come at a cost of performance.

Motorsport has never had an easy balance between impact and excitement. But at a sensitive moment for the automotive industry, staying in front of the discussion will be crucial to future contracts for races and suppliers.