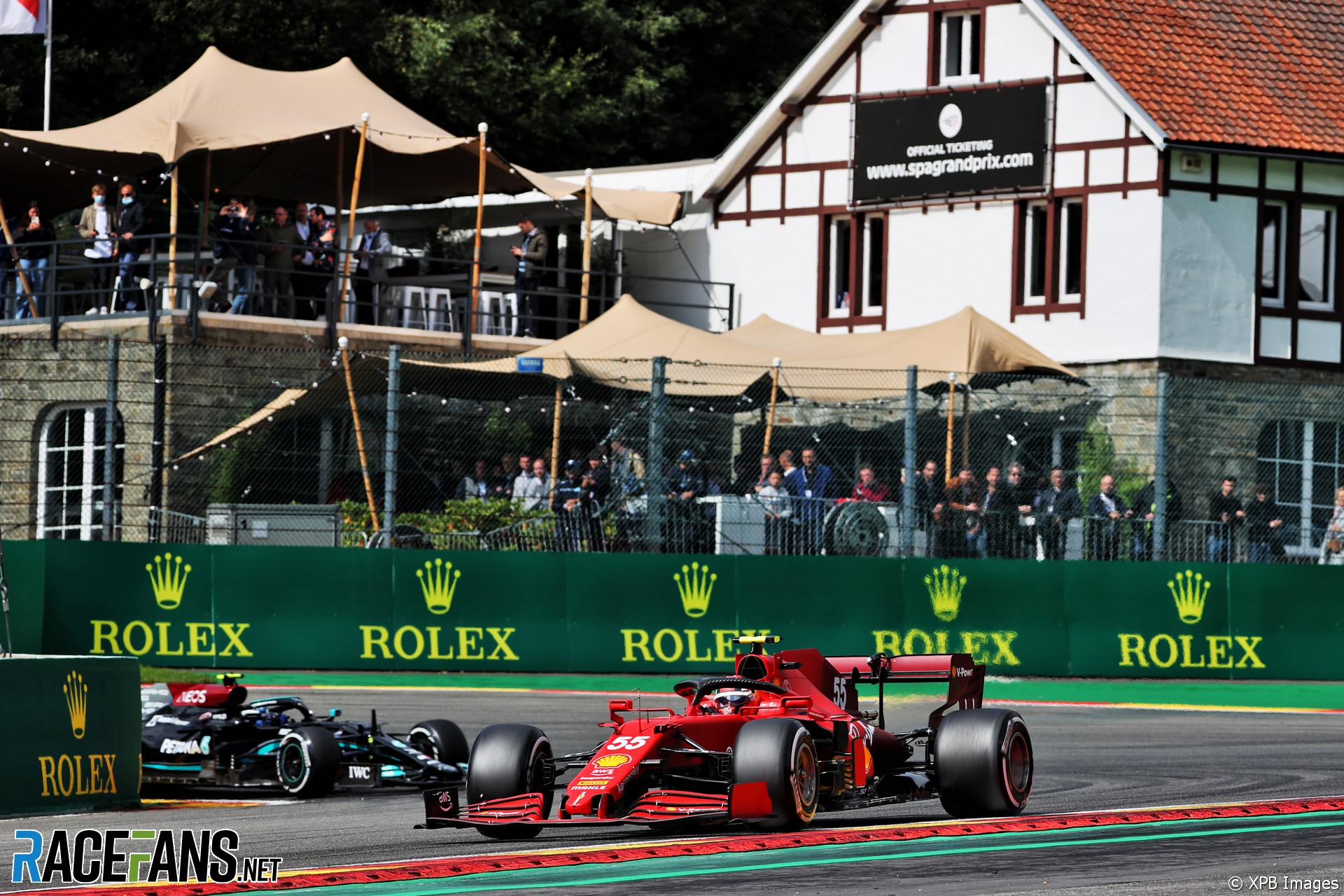 After almost a month without racing, Formula 1 reconvenes at Spa-Francorchamps for one of the highlights of the grand prix calendar – the Belgian Grand Prix.

This season’s race at the iconic seven-kilometre circuit will look very different as the track has received a major facelift to improve safety. But will it also prove to be the last race held at one of series’ most popular venues? There are serious doubts the track will reappear on the 2023 F1 calendar.

Have Ferrari solved their strategy woes?

If Ferrari are to have any faint hope of somehow trimming Max Verstappen’s championship lead in the final nine rounds of the season, every race weekend has effectively become a must-win.

The pace of their car has been strong throughout the first part of the year, but both Ferrari and Charles Leclerc have thrown away too many points. In Paul Ricard, Leclerc hung his head in shame after a costly crash. But at the Hungaroring, Ferrari’s strategists dropped the ball in the latest in a series of head-scratching decisions.

Ferrari team principal Mattia Binotto has regularly defended his team’s calls – perhaps unsurprisingly – but the team now has to show it has spent its summer break learning from its mistakes and will be able to put Leclerc in positions to consistently win races, not take him out of them.

Of course, this is reliant on them managing to outpace Verstappen and keep the Red Bulls behind them on track – no easy task. But this is the hole Ferrari have dug themselves into over the first 13 races. Even if this season is indeed lost, then galvanising as a team over the final leg ready for a fresh assault in 2023 becomes paramount.

A new look to an old classic

Spa-Francorchamps has undergone major changes since Formula 1 departed last August following the non-event of a ‘race’ that took place last year. Happily, the actual track layout remains virtually untouched, with work focused on making the circuit safer and allow it to host motorcycle racing once again.

For this weekend’s grand prix, the biggest change drivers will find is the vastly increased run off at Raidillon, with the old banked verge on the outside of the sweeping corner removed, allowing for the tyre barriers to be pushed back and an impressive new grandstand added. Thankfully, the corner itself remains unchanged and the Eau Rouge sequence should be just as awe-inspiring as ever.

As the debate over asphalt run-offs and gravel traps lingers on, Spa has taken the bold but not unwelcome step of adding gravel traps back to the outside of a number of corners, including turn one at La Source and the right hand hairpin of Bruxelles. Later on in the lap, Blanchimont has had its run-off extended and its outside tyre barrier moved further back, which should help to reduce impact speeds of cars that head off at the fastest corner on the circuit.

With Spa having come under criticism from drivers and paddock figures alike following a spate of very serious and even deadly accidents, these important renovations should keep the racing quality high while reducing the risks for drivers.

Tyre supplier Pirelli took advantage of last month’s 24-hour race at the track to collect some useful data, explained its motorsport director Mario Isola. “Drivers will need to pay more attention to track limits, and there’s also an increased chance of sharp gravel being dragged onto the surface,” he said. “The epic nature of Spa remains unchanged though, with all the traditional challenges that make the circuit so exciting still in place.”

The Belgian Grand Prix is not just the first race back for the second leg of the season, but the first of a triple header of races spanning the Belgian, Dutch and Italian rounds of the championship.

Two of those rounds – Spa and Monza – are likely the most power-dependent tracks on the calendar. For those with the advantage of not currently using their total allocation of internal combustion engines – including both Red Bull drivers and nearly all Mercedes-powered cars, bar Lando Norris’ McLaren – it would not be surprising to see many of them opt to take their third and final power units of the season ready for two of the most demanding power circuits of the season.

Norris is not the only one who does not have the luxury of taking a fresh engine without incurring a penalty. Esteban Ocon, Pierre Gasly, Zhou Guanyu and Mick Schumacher are all on their third ICEs of the championship and will receive a grid penalty the moment they opt to take a fourth. Everyone else on the grid – including both Ferraris, Fernando Alonso, Yuki Tsunoda, Valtteri Bottas and Kevin Magnussen – have already breached their allocation and been punished for it.

Will Red Bull’s top speed advantage give them the edge?

Throughout the 2022 season, Red Bull have enjoyed a slim but significant edge over Ferrari when it comes to their maximum velocity at the end of straights. Ferrari have done well to chip away over the course of the season so far, but the slippery RB18 remains the quickest car in a straight line, clocked at four km/h faster than any other car in the speed trap at Paul Ricard.

Despite its many winding corners, Spa remains among the very fastest circuits on the calendar. The stretch between exiting La Source through to Les Combes remains one of the longest unbroken full throttle sections on the calendar. It is also one of the two main overtaking opportunities around the lap, the second being into the Bus Stop chicane.

With the added benefit of DRS if within a second of the car ahead and this year’s cars allowing for drivers to run closer than ever before, not even beating Verstappen to pole position may be enough for Leclerc on Sunday if Verstappen can simply slipstream his way passed the Ferrari in the opening laps.

The thrill of arriving in Belgium for one of the drivers’ favourite races of the season is tainted with sadness this year as, once again, the future of Formula 1 at Spa-Francorchamps is in serious question.

With the demand to host rounds of the world championship higher than it has ever been, Spa’s place on the calendar is in a perilous position with a wealth of new venues joining the championship, leaving Formula 1 seriously considering whether the popular circuit is as lucrative as races in Saudi Arabia, Las Vegas, Qatar or even South Africa at Kyalami.

FOM want every grand prix to have a marquee feel, with races having a similar buzz around them as the inaugural Miami Grand Prix held early this season. Spa does not match the commercial appeal of some of the sports’ newest events and it remains among the most likely candidates to be scrapped in order to make room for new races in the seasons ahead.

Fans at Spa may have feel rightly aggrieved to have missed out on a race here last year, but those that attend this weekend must make the most of the experience while they can. It might be the last time Spa hosts Formula 1 for quite some time.