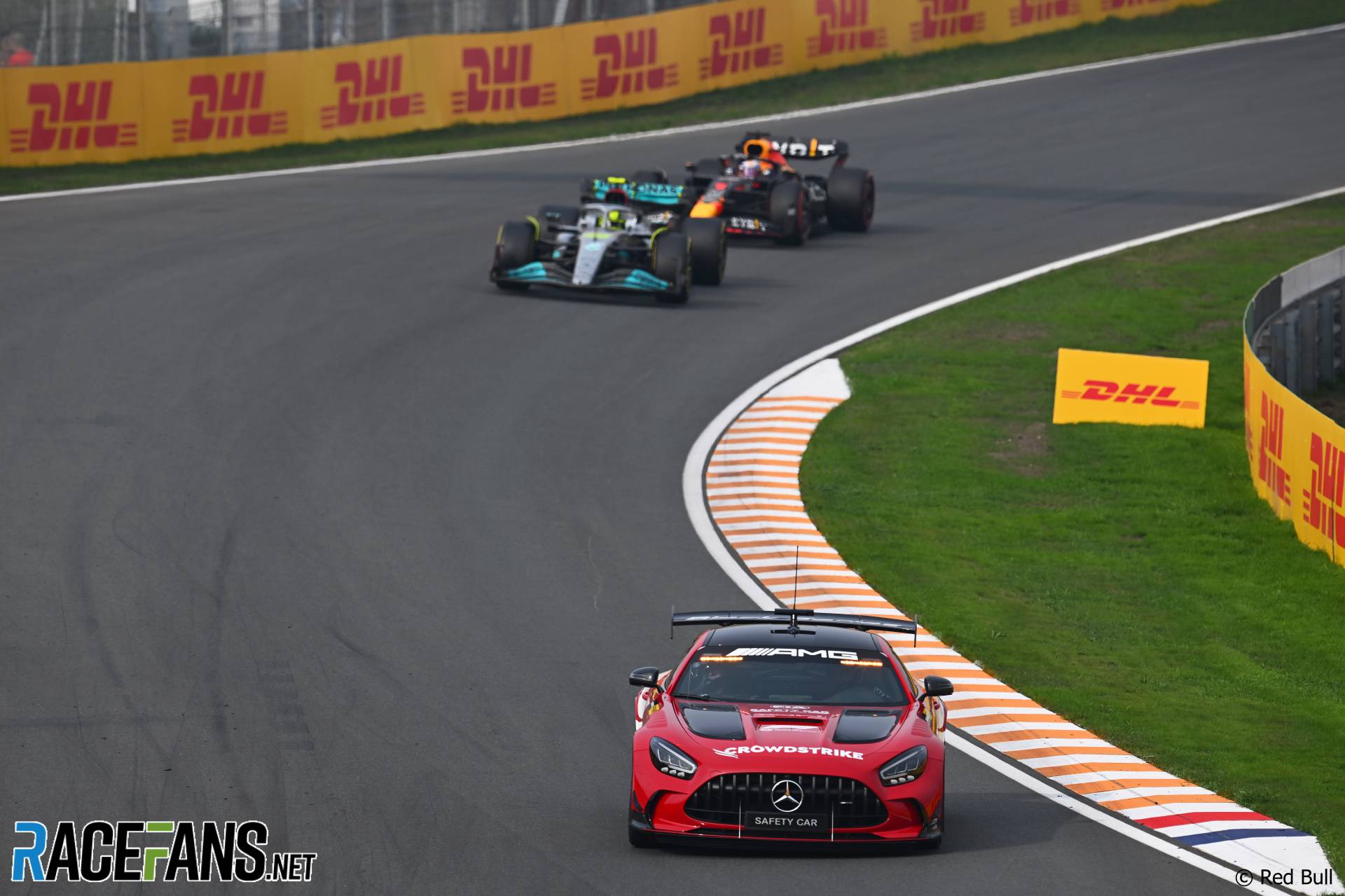 Mercedes believe they did the right thing by not bringing Lewis Hamilton into the pits during a late Safety Car period, despite the decision backfiring.

Hamilton fell from first to fourth when the team decided to leave him out on the medium tyre compound. After the restart he was overtaken by three drivers on soft rubber, including his team mate George Russell, who took the opportunity to pit behind him.

While Max Verstappen went on to win the race, Hamilton furiously criticised his team on the radio, accusing them of “screwing” his race. Team principal Toto Wolff downplayed his driver’s reaction.

“We are the trash bin for the driver,” he told Sky. “It’s highly emotional. You’re that close, you’re racing for the win and then you’re being eaten up. So it’s clear that every emotion comes out.

“As a driver, you’re in the cockpit, you’re alone, you don’t see what’s happening. We’ll discuss in a moment.”

Wolff said the team agreed before the race they would be bold with their strategic calls in their efforts to score their first victory this season.

“Are we taking risk for the race win? Yes, we’re taking risks,” he said. “He had a tyre that was five laps old, the medium. Holding position was the right thing to do.

“At the end it didn’t work out for him, but I’d rather take the risk to win the race with Lewis rather than finish second and third.”

None of the alternative options available to Mercedes would have increased their chance of victory, said Wolff.

“You can do two things. You can either pit Lewis, lose track position against Verstappen and leave George out: screwed. You can pit both: screwed. So it was worth taking the risk.”

“We could have left both out,” he added, “but it would have been guaranteed second and third and we wouldn’t have raced for the win with Lewis.”

21 comments on “Decision not to pit Hamilton was risk worth taking, say Mercedes”