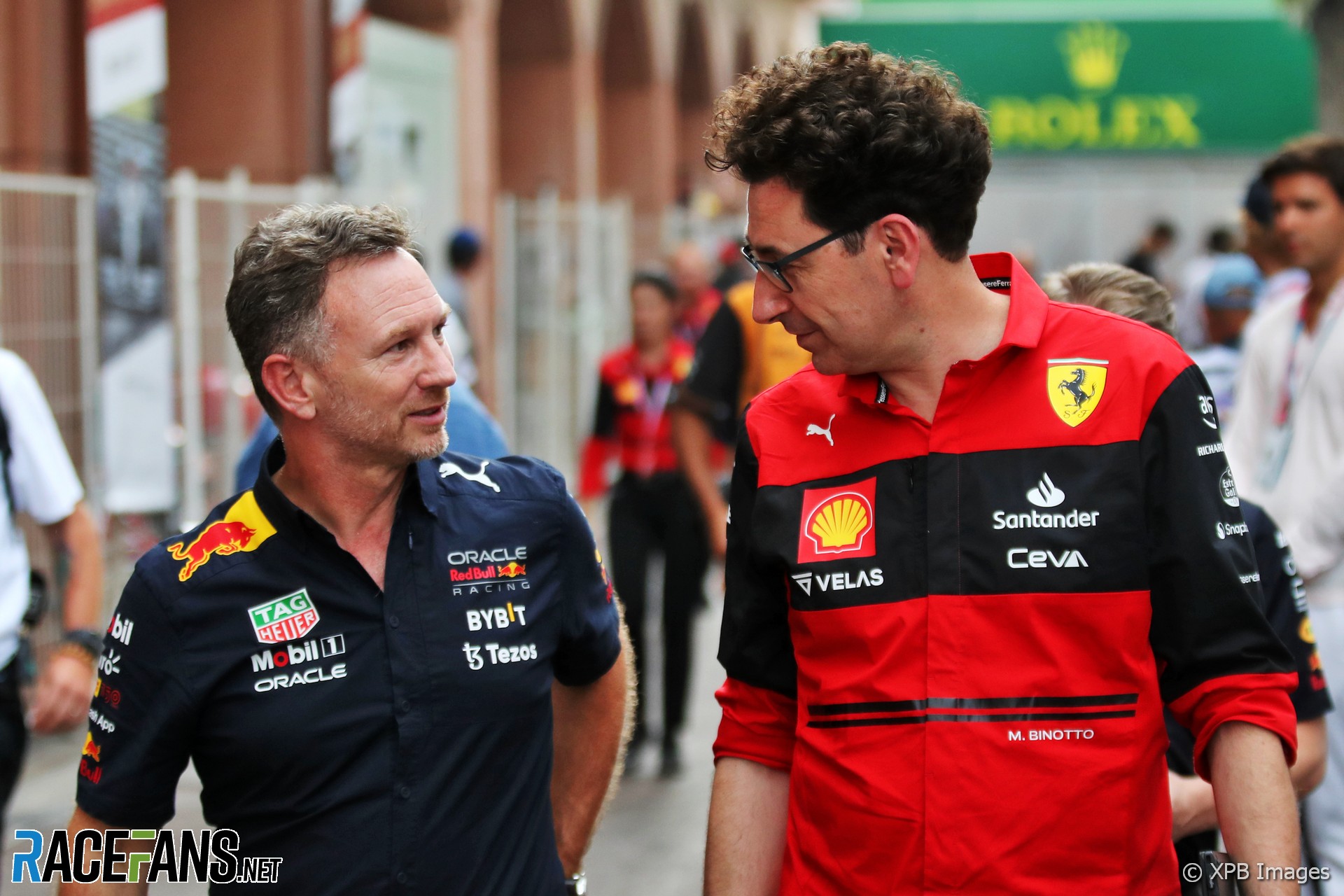 The departure of Ferrari team principal Mattia Binotto following their failure to win the championship this year comes as no surprise to his opposite number at Red Bull, Christian Horner.

Red Bull won the constructors’ championship with three races to spare and Max Verstappen won the drivers’ title one round before that. Ferrari began the year in strong shape, winning two of the first three races, but finished a distant second to Red Bull in the final standings, while Charles Leclerc only narrowly beat Sergio Perez to the runner-up spot.

Horner said he was “not really” surprised Ferrari had replaced Binotto, who had run the team for the last four seasons, following their defeat.

“It’s obviously Ferrari’s choice,” he told Sky. “I think it’ll be their sixth team principal I’ve sat opposite since I’ve been at Red Bull.

“It’s obviously very difficult for him. They had a great car this year. They were certainly very competitive.”

While no one other than Horner has run Red Bull’s Formula 1 team since it entered the sport in 2005, Ferrari has had a succession of different team principals. Binotto was preceded by Maurizio Arrivabene, Marco Mattiacci, Stefano Domenicali and Jean Todt, who was in charge during Red Bull’s first season.

Horner downplayed suggestions he could be a hiring target for Ferrari. “My commitment is very much with the Red Bull team,” he said. “I’ve been there since the beginning and we obviously have a very close attachment.”

McLaren Racing CEO Zak Brown praised Binotto’s efforts at the team, which scored its first wins since 2019 this year. “It seems to me like Mattia did a very good job,” he said. “They were very competitive this year.

“I don’t know the inner workings there. My standpoint is obviously stability, get the team to work together long-term delivers the best results.”

Brown said he had “no idea” whether Ferrari has made an approach to McLaren team principal Andreas Seidl but insisted: “I know he’s not going there!”