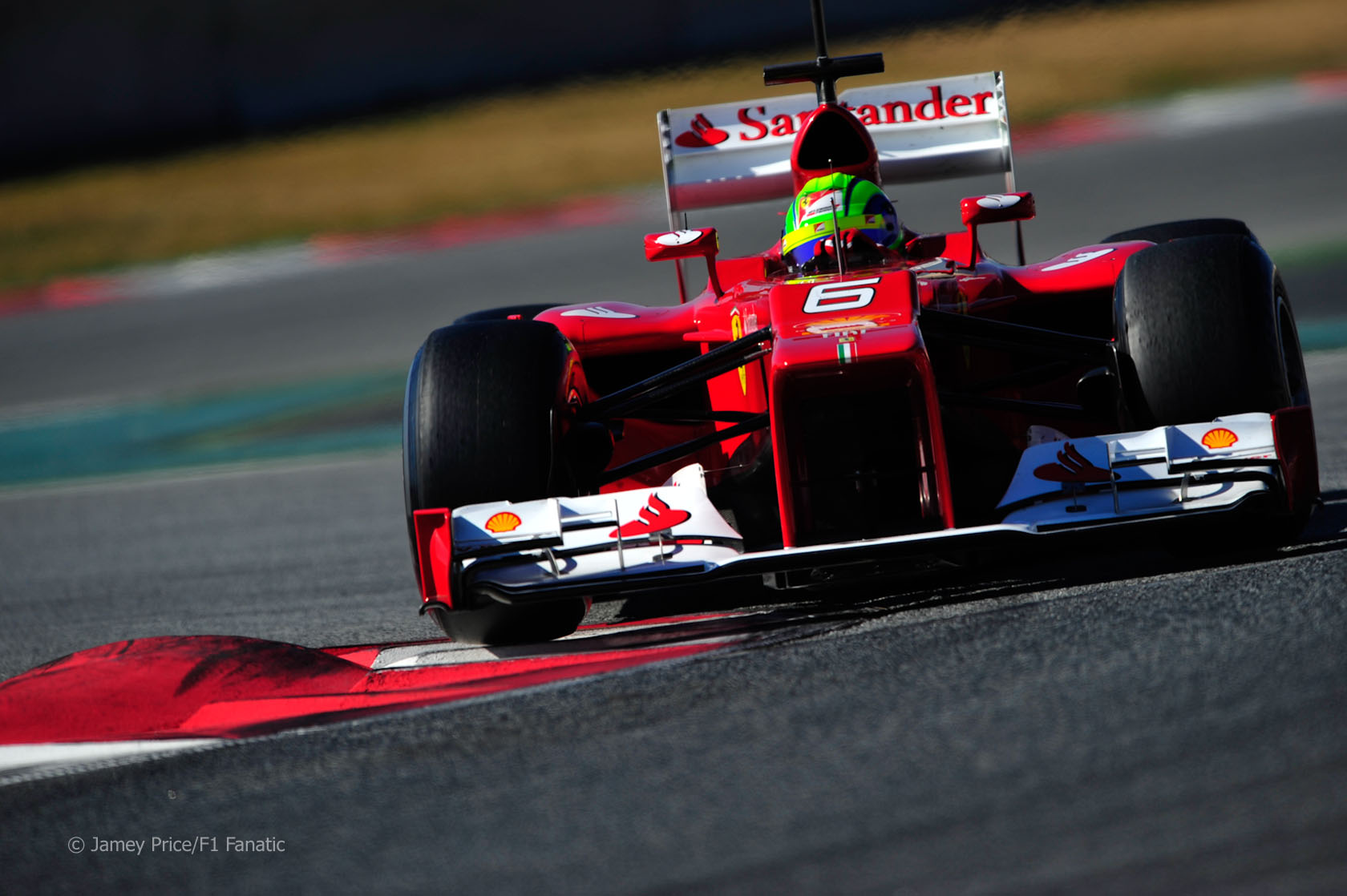 Ferrari had little reason to be pleased with their 2011 campaign. For the second time in three years they managed just a single win during the season.

By their own high standards, Ferrari have been on the back foot since the new aerodynamic rules were introduced in 2009.

The radical and ungainly F2012 is their attempt at halting the slide – but it remains to be seen whether it is the answer to their problems.

He’s come tantalising close to adding a third on two occasions: in his fraught season with McLaren in 2007 and his first year with Ferrari in 2010.

Following the disappointment of losing the title in the final race that year, Alonso’s hopes of challenging for the crown in 2011 were quickly dashed.

He remained on top form but the 150?é?? Italia was plainly not up to the task of regularly competing for wins. He often took the car to the peak of its potential and in doing so showed up a few other drivers with more competitive machinery.

The Alonso-Ferrari partnership was a long time coming but the two were clearly made for each other – a point reinforced by the length of Alonso’s current commitment to the team, taking him up to 2016, longer than that of any other driver on the grid.

The missing ingredient is a car capable of taking on Red Bull. Will the F2012 change that?

Speculation was rife last year that Ferrari would cut Felipe Massa’s contract short by a year and replace him with another driver this season.

They didn’t, and Massa remains with the team for his seventh year. But will it be his last with the Scuderia?

Massa has conspicuously under-performed compared to his team mate since returning from injury at the beginning of 2010. Last year Alonso reached the podium ten times while Massa never finished higher than fifth.

Several drivers have been tipped to take over his seat including Ferrari development driver Sergio Perez and the injured Robert Kubica.

It remains to be seen whether Massa has it in him to produce the kind of performances necessary to save his seat in F1.

He certainly enjoys the backing of his team mate. Last year Alonso said he was “extremely happy” to have Massa in the team.

Certainly, Massa seems unlikely to give Alonso much competition for the drivers’ title, and even if he did the team would no doubt tell him to get out of the way again. But how long will Ferrari be prepared to put up with Massa squandering points in the constructors’ championship?

Ferrari’s sole win of 2011 came at Silverstone, in a race where the FIA introduced a one-off limit on the use of exhaust-blown diffusers.

By that time the poor performance of the 150?é?? Italia, which was particularly weak on harder tyres, had prompted the sacking of technical director Aldo Costa.

Ferrari can expect some of the off-season changes to play into their hands, such as the restrictions on exhaust blowing and Pirelli’s introduction of even softer tyre compounds.

But they still need to raise their game with the F2012. Hence the new car is the product of a design team which is now headed by former McLaren man Pat Fry.

Even by the standards of 2012 cars, the box-nosed F2012 with its prominent step is an ugly beast. But performance takes priority over aesthetics.

Having taken longer than most teams to follow Red Bull’s lead in adopting pull-rod suspension at the back of the car, Ferrari has embraced the concept totally with their new machine and are using it at the front and rear.

The new car needed to be a radical departure from its predecessor and the F2012 certainly looks the part. But it’s given Ferrari a lot to do in the off-season and it’s been hard to discern much front-running potential in the car, unlike that of its Red Bull and McLaren rivals.

Of course we should be wary about reading the testing times and lap counts as they can flatter to deceive – just as they did for Ferrari last year, when they turned up at the first race of the season and discovered they were over a second per lap off the pace.

This is not a team which is accustomed to losing. It’s now four years since Ferrari last got their hands on a trophy.

Ferrari president Luca di Montezemolo has made no secret of his opposition to F1’s cost-cutting measures including restrictions on testing. Over the winter Ferrari and Red Bull broke ranks with the other teams over the Resources Restriction Agreement.

If Ferrari’s lack of championship success continues, expect them to increase their demands to be allowed to plough more of their considerable resources into taking the trophies back to Maranello.

Will Ferrari be able to contend for the championship in 2012? Can Massa reverse his slump in form?