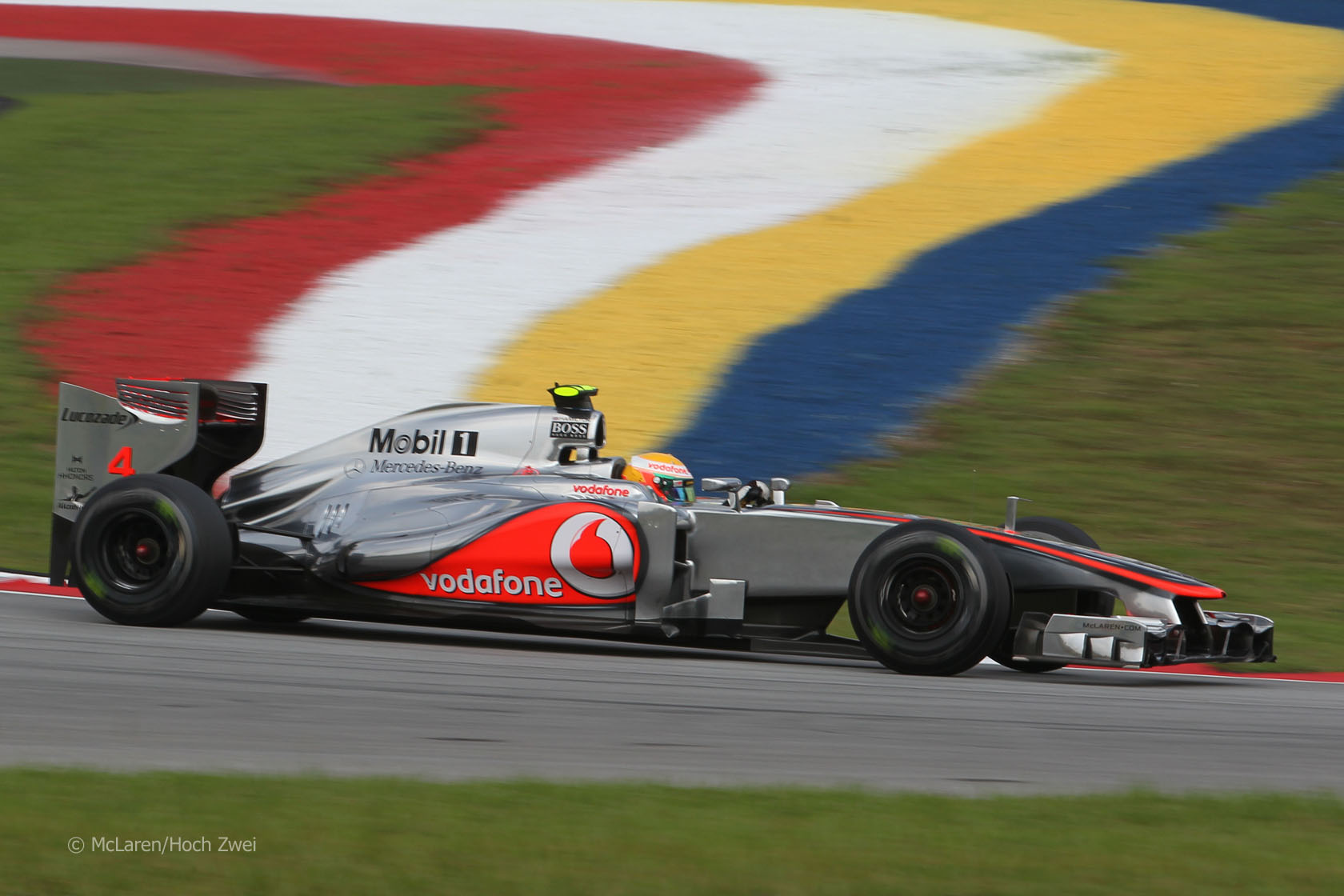 Lewis Hamilton led the way in the first practice session for the Malaysian Grand Prix weekend.

Team mate Jenson Button was ninth-quickest in the other car but ended his session in the pits as the team worked to repair an oil leak on his car.

Sebastian Vettel was second-quickest for Red Bull, half a second off the McLaren driver’s pace.

The two Mercedes were next, Nico Rosberg ahead of Michael Schumacher.

Romain Grosjean was fifth-fastest despite hitting trouble earlier in the session. The Lotus driver cruised slowly into the pits, apparently stuck in seventh gear.

Narain Karthikeyan suffered more terminal transmission problems with his car, which came to a stop after just eight laps. He and team mate Pedro de la Rosa propped up the bottom of the times.

Marussia’s Charles Pic spent most of the session in the garage with a technical problem, only emerging for his first run in the final 20 minutes,

With track temperatures hitting 40C during the session, drivers experienced high degradation on the hard tyres. The Caterhams of Vitaly Petrov and Heikki Kovalainen switched to the medium compound before the end of the session.

21 comments on “Hamilton leads Vettel in first practice at Sepang”