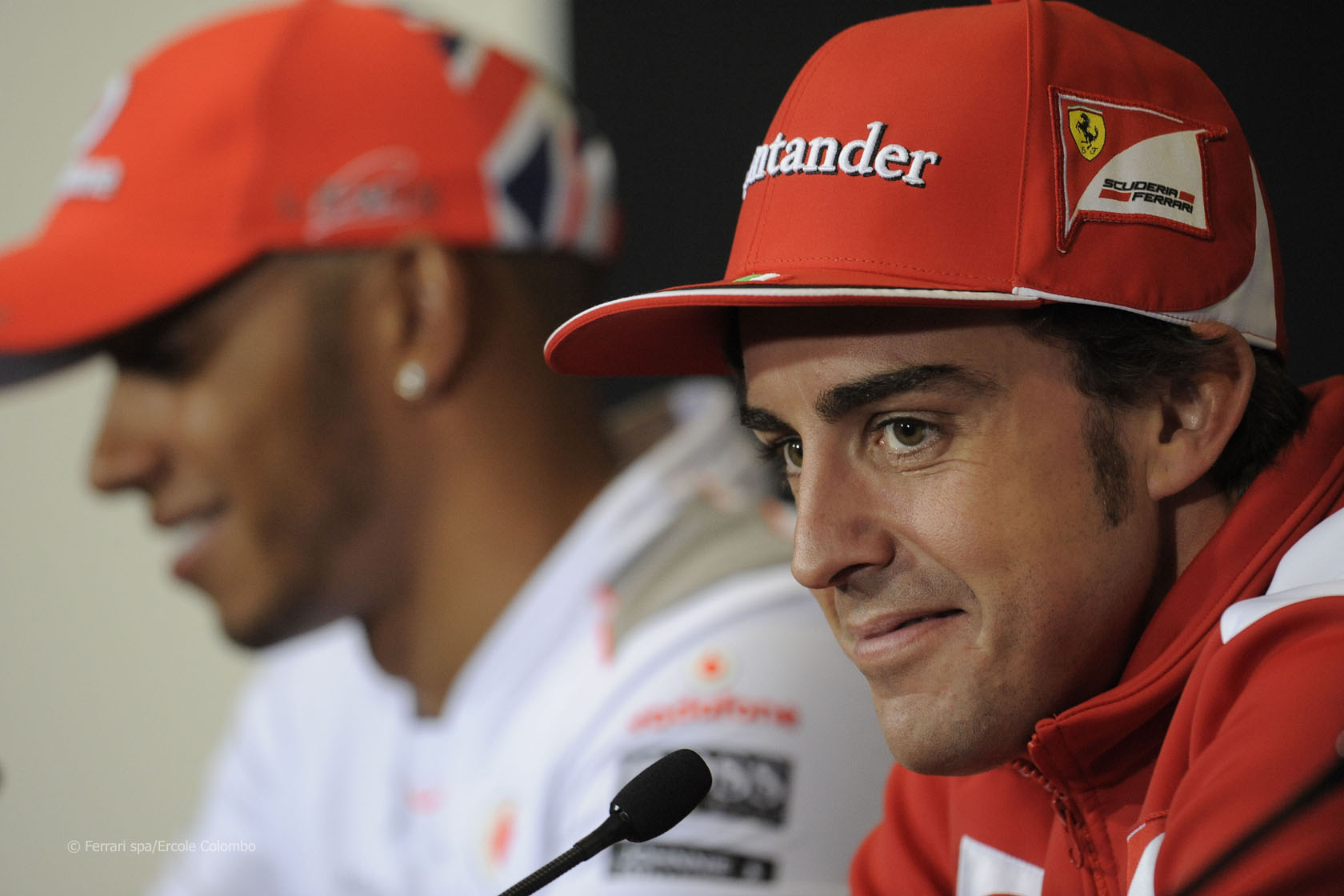 After two sodden practice sessions on Friday the weather gave the teams some respite on Saturday morning. The final hour of practice began on a dry track, and a string of drivers queued up in a hurry to be first out on track.

Making the most of the conditions, several drivers didn’t return to the pits after installation laps, pressing on with a busy schedule. First to set the pace was Michael Schumacher.

His team warned him about a patch of moisture on the entry to Chapel curve which caught out several drivers. Both Sauber drivers ran wide on it and Paul di Resta went off backwards after spinning on the wet patch.

The session was briefly stopped when Charles Pic’s Marussia rolled to a halt at the exit of Copse, his MR01 having lost fuel pressure. He returned to the pits and was able to rejoin the session – only for his car to stop again at Stow with sixc minutes to go. This time he was recovered without a red flag.

There was more than half an hour to go when the session restarted and once again the track quickly got busy.

The McLaren pair traded fastest times, Lewis Hamilton taking over from Jenson Button, before Romain Grosjean pegged back the pair of them.

But it was Fernando Alonso who set the fastest time of the session with a 1’32.167. Hamilton matched him over the first two sectors but was three-tenths slower in the final part of he lap.

Kamui Kobayashi briefly looked capable of challenging Alonso before spinning his Sauber at the end of the lap. Moments earlier team mate Seriog Perez had gone off, ripping the front wing off his Sauber.

Alonso looked capable of improving on his time until he spun at the final corner. He was able to recover the Ferrar without damaging the car as his did yesterday.

Four cars filled the gap between the him and Hamilton, the first of which was Button who got within 0.153s off Alonso’s time on seven-lap-old hard tyres. A late effort from Sebastian Vettel aftersome suspension changes put him fourth, sandwiched by the Lotuses.

But as the cars returned to the pits drivers were being warned of light rain falling at Stowe. The weather forecast indicates the dreaded rain will return for qualifying.