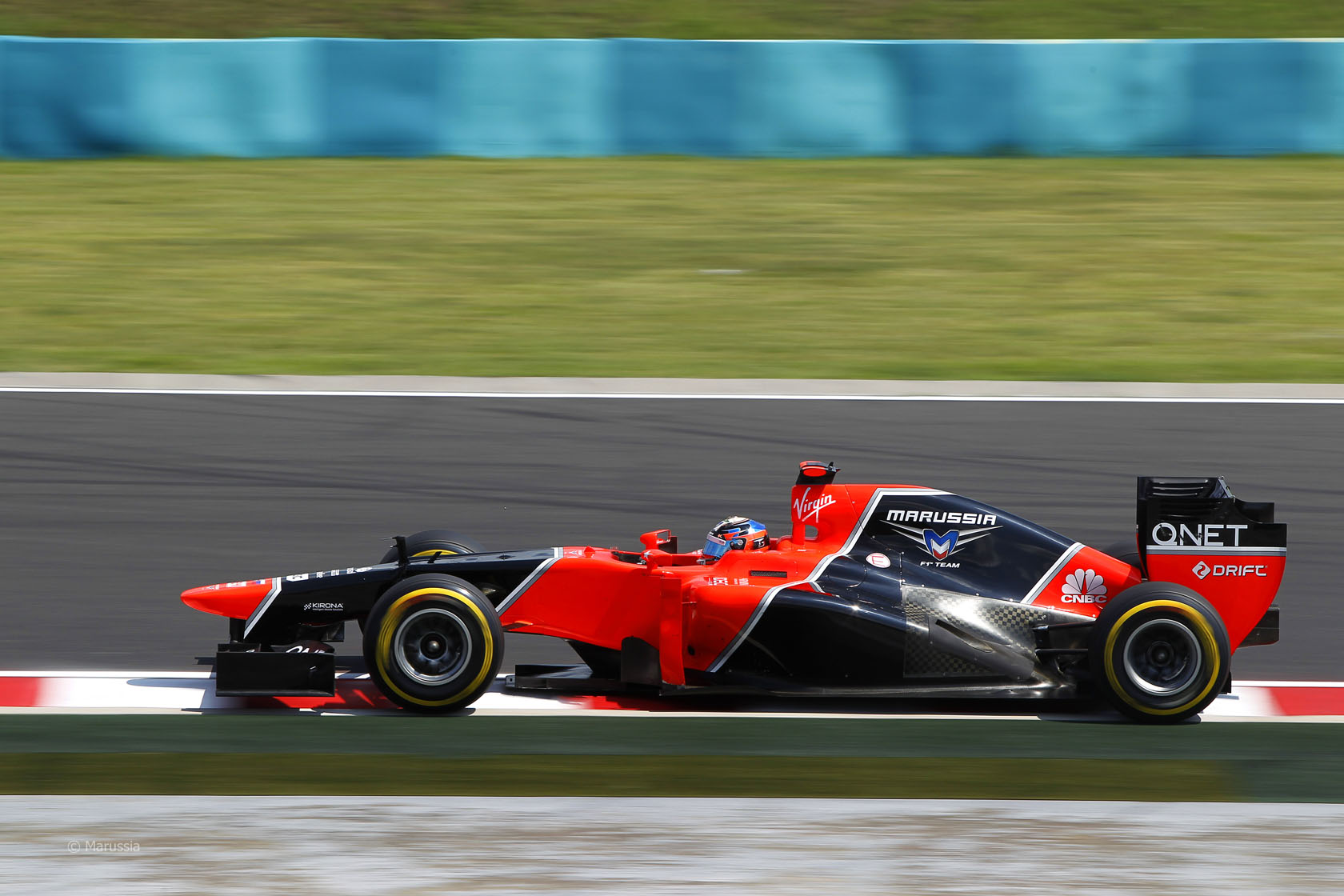 Marussia will use a Kinetic Energy Recovery System for the first time in 2013.

Technical consultant Pat Symonds confirmed the team’s 2013 MR02 chassis will incorporate KERS in a Q&A released by the team.

“Yes we will be using KERS next year,” said Symonds. “We plan to adopt the system that has been developed by Williams, which was used by them with the Cosworth engine last year and is currently with their Renault-engine car.

“Our 2013 unit is a development of this. We?óÔéĽÔäóve been very impressed with the engineering, the efficiency and the weight. Williams are also a pleasure to work with both technically and commercially.”

There will be no change in the team’s choice of engine supplier: “We will continue with the Cosworth engine.”

“We are happy with the work we are doing with them and I think that we are working together to try and improve the areas that we are able to under the regulations. We are concentrating on improving the driveability of the engine and enhancing its performance as a unit with the car.”

The team’s 2013 car is “on schedule”, he added. “As always, it?óÔéĽÔäós a tight schedule, but that?óÔéĽÔäós the way it should be if you want to bring maximum performance to the car.

“There are some reasonably significant changes, but in many ways it?óÔéĽÔäós a progression of the MR01 – the lessons we have learnt from that car, from racing it now for half a season and some of the things that we wanted to do to that car that we simply didn?óÔéĽÔäót have time to do last year. So everything is on schedule and we are looking forward to a productive winter of testing and a strong start to the 2013 season.” Symonds declared himself pleased with the progress the team had made since it began to use a wind tunnel for development:

“The wind tunnel programme commenced at the end of last year. It takes quite a long while to build the very sophisticated models that we use in a Formula One wind tunnel, and therefore the influence of that programme was not really felt in the first iterations of the MR01.

“As we progressed through the early part of the season, we were able to bring relatively small upgrades to the car as a result of the wind tunnel programme, but our first major upgrade was the one we introduced at Silverstone.

“Just to give some examples of that, we had a new nose, which had a preliminary release from aerodynamics towards the end of May, having been in the tunnel in the third week of May. The sidepods and the exhaust were developed at a similar time.

“The rear wing, which was totally new, began even earlier and we saw the preliminary aero release of that towards the end of April, the May wind tunnel session providing the opportunity to tune that.

“So really, by the end of May, we?óÔéĽÔäód defined our Silverstone upgrade and we spent June on the detailed design and manufacturing the hardware that we needed for the race at Silverstone.”

Symonds said the Silverstone upgrade had delivered in line with the team’s expectations: “We?óÔéĽÔäóre very pleased with the correlation we?óÔéĽÔäóre seeing from the wind tunnel.

“We?óÔéĽÔäóre using the McLaren Applied Technologies wind tunnel as part of our technical partnership and, generally speaking, I think our predictions from that are being seen on the circuit, both in the measurements that we take on the Friday during free practice and indeed in the improved performance that we are seeing on the car.

“We still have a number of upgrades that we can bring to the car this season. We are fortunate in a way that the 2013 aerodynamics regulations are quite similar to the 2012 regulations and therefore components that we are developing now can be common to the end of this season and indeed the start of next season on the 2013 car.

“So while certainly our focus now is on 2013, we have improvements for Spa and more coming for Singapore and indeed I?óÔéĽÔäóm sure that won?óÔéĽÔäót be the end of our developments.”