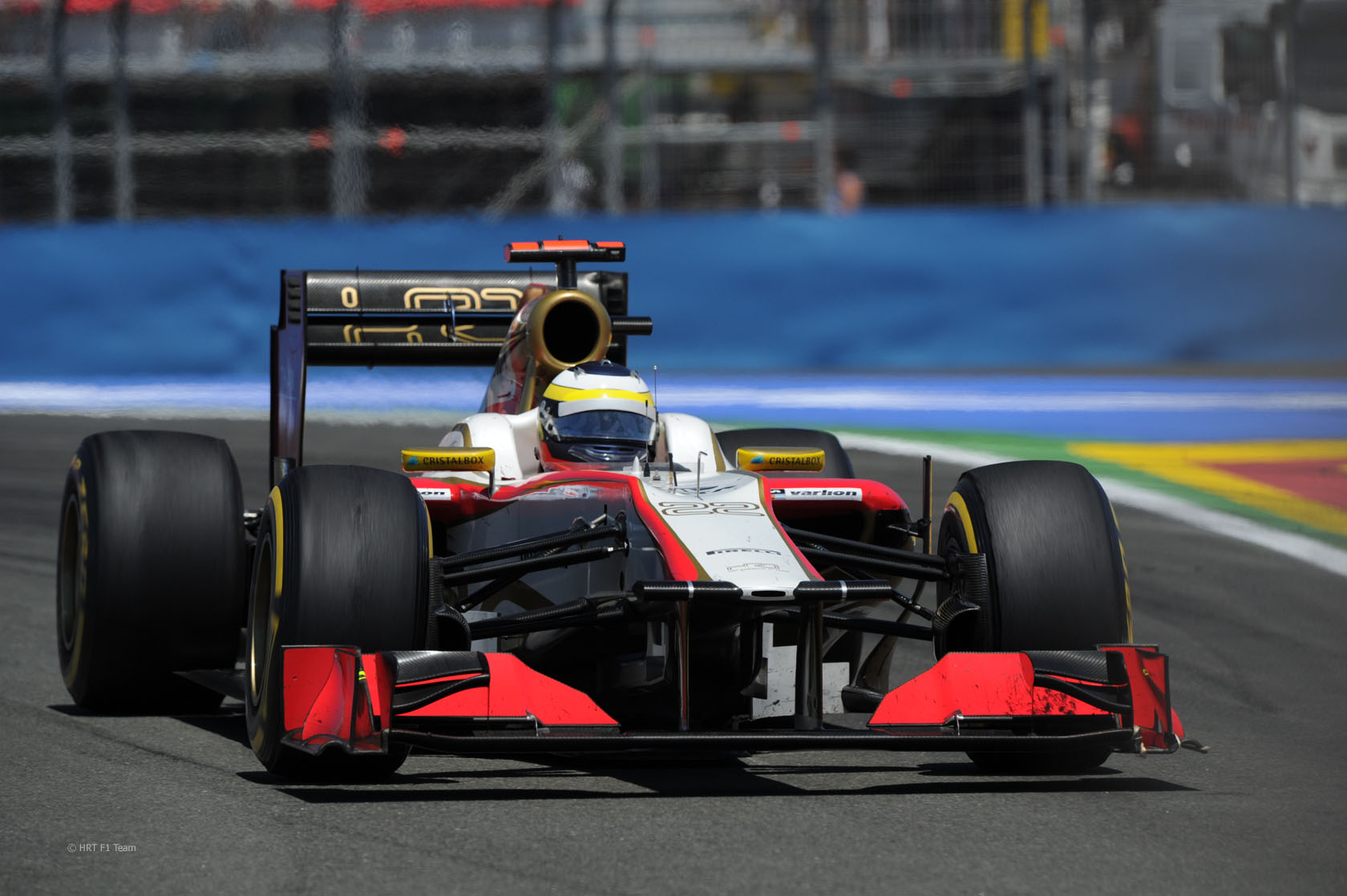 In the round-up: Bernie Ecclestone says no other teams are about to follow HRT in dropping out of Formula One.

Formula One teams not at risk of collapsing, Ecclestone says (Autoweek)

“They are all safe. We have got a deal with them all, including Marussia. We are continuing with Marussia. I thought they were going to go but they are not.”

“We had a couple of aero problems last year, which is not the case now. We have been pushing so hard on that side to develop the car and now we hope to have a very competitive car – even from the beginning of the season. And I feel ready, ready to do great races.”

“The new Williams-Renault FW35 has passed the final crash test ahead of its track debut at next week’s Barcelona test.”

“[Kamui Kobayashi] was a great team player – he did so much for the team spirit – so it is surprising when such a pleasant person like him cannot get any support from such a motorsport-loving nation like Japan. This again should be a sort of warning that we maybe need to change something.”

“The big surprise is Red Bull, who appear to have some work to do. And the Mercedes – which is a fair bit faster than people expected, at least in Rosberg’s hands.”

“You’ll often [hear] engineers and team management profess their satisfaction at having ‘got through the programme’. It’s media-friendly shorthand for having done a good day’s work and having ticked all the boxes that needed to be ticked. It?óÔé¼Ôäós also a little white lie: no-one ever gets through the programme because the wish-list is endless.”

Here you go then! @LewisHamilton pic.twitter.com/JN7cuJqU

Rory Byrne to Ferrari? That?óÔé¼Ôäós strange… I though all lead designers went to Mercedes?
@Calum

One year ago today Ferrari were projecting an image of calm over the disappointing performance of the F2012 in pre-season testing.

57 comments on “No more teams about to drop out – Ecclestone”