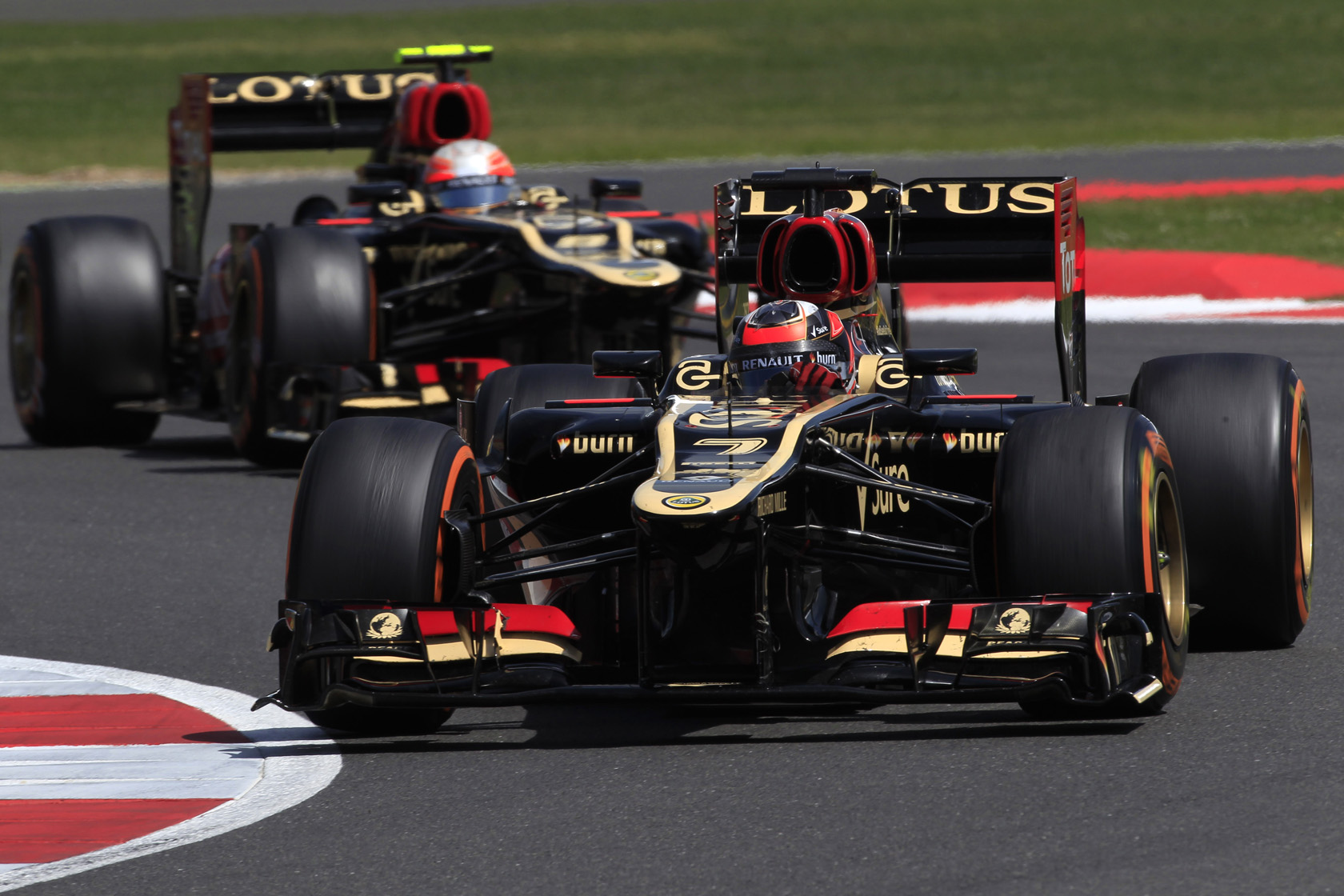 Kimi Raikkonen believes sharp edges on kerbs at Silverstone caused the spate of tyre failures during the British Grand Prix.

Raikkonen had no such failure himself but was running close behind Jean-Eric Vergne when the Toro Rosso driver suffered a puncture at high speed on the Hangar straight which spread debris across the track.

“It wasn?óÔéĽÔäót ideal having bits of rubber thrown at your helmet for sure, but risk is all part of the game,” said Raikkonen.

“It wasn?óÔéĽÔäót his or the tyres?óÔéĽÔäó fault. If you have sharp edges on a kerb as seemed to be the case there last weekend then these things can happen no matter what tyres you have. It didn?óÔéĽÔäót change our race anyway.”

Other drivers were sceptical of claims the kerbs were causing tyres to fail. “I?óÔéĽÔäóve been racing 12 years now in Silverstone and the kerbs they were never a problem,” said Fernando Alonso.

Silverstone have pointed out that the kerbs were approved by the FIA, conformed to their standards, and no other racing series which has visited the track recently had similar problems.

Lotus team principal Eric Boullier said: “The tyre failures in Silverstone were a concern and we?óÔéĽÔäóre doing everything we can to assist Pirelli. Once they have completed their analysis, then decisions can be made based on the available information.”

Lotus were one of three teams who blocked an earlier move by Pirelli to change the construction of the tyres. “We?óÔéĽÔäóre completely behind any changes which could be required on the grounds of safety and always have been,” said Boullier.

“We?óÔéĽÔäóve never pushed to race on tyres which Pirelli have told us could have the potential to be unsafe.”