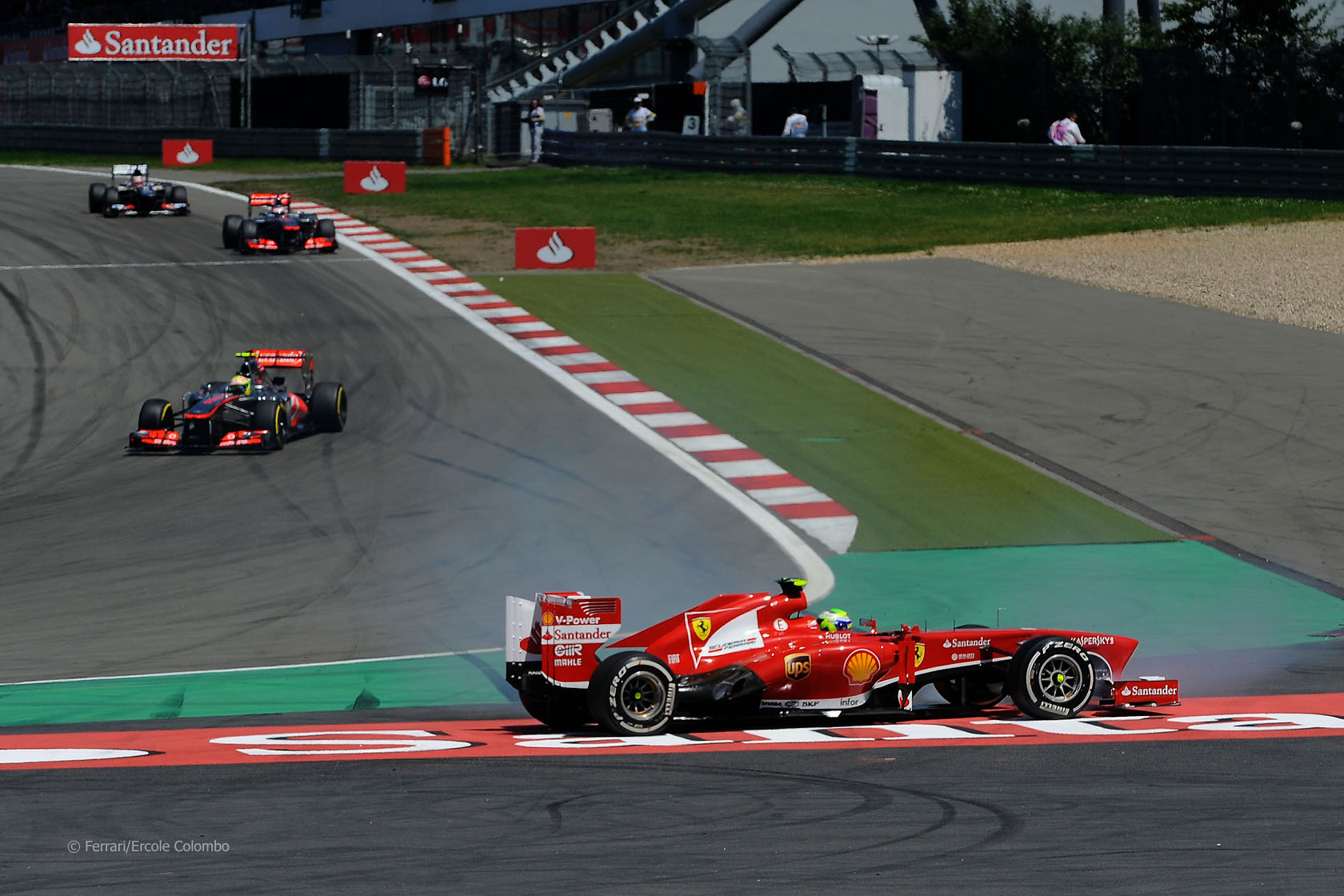 Massa spun out of the race on lap four after losing control of his F138 at turn one.

“Felipe is fully aware he can count on our total confidence in him,” Montezemolo told the Ferrari website.

“I hope he will soon secure the results that will show his talent to the full, such as the great starts he pulled off at the last two grands prix.”

The German round was the fourth race weekend in a row in which Massa has spun or crashed.

He had two substantial impacts during the Monaco race weekend at Sainte Devote. The Ferrari driver crashed out during qualifying in Canada and also spun into a wall during practice at Silverstone.

Massa is in his eighth season with the team and came close to losing his seat last season. Montezemolo said the team are not yet ready to decided who will partner Fernando Alonso next year: “We will talk about that further down the line as there?óÔéĽÔäós no hurry.”

Massa lies seventh in the drivers’ standings on 57 points, 66 behind Alonso.