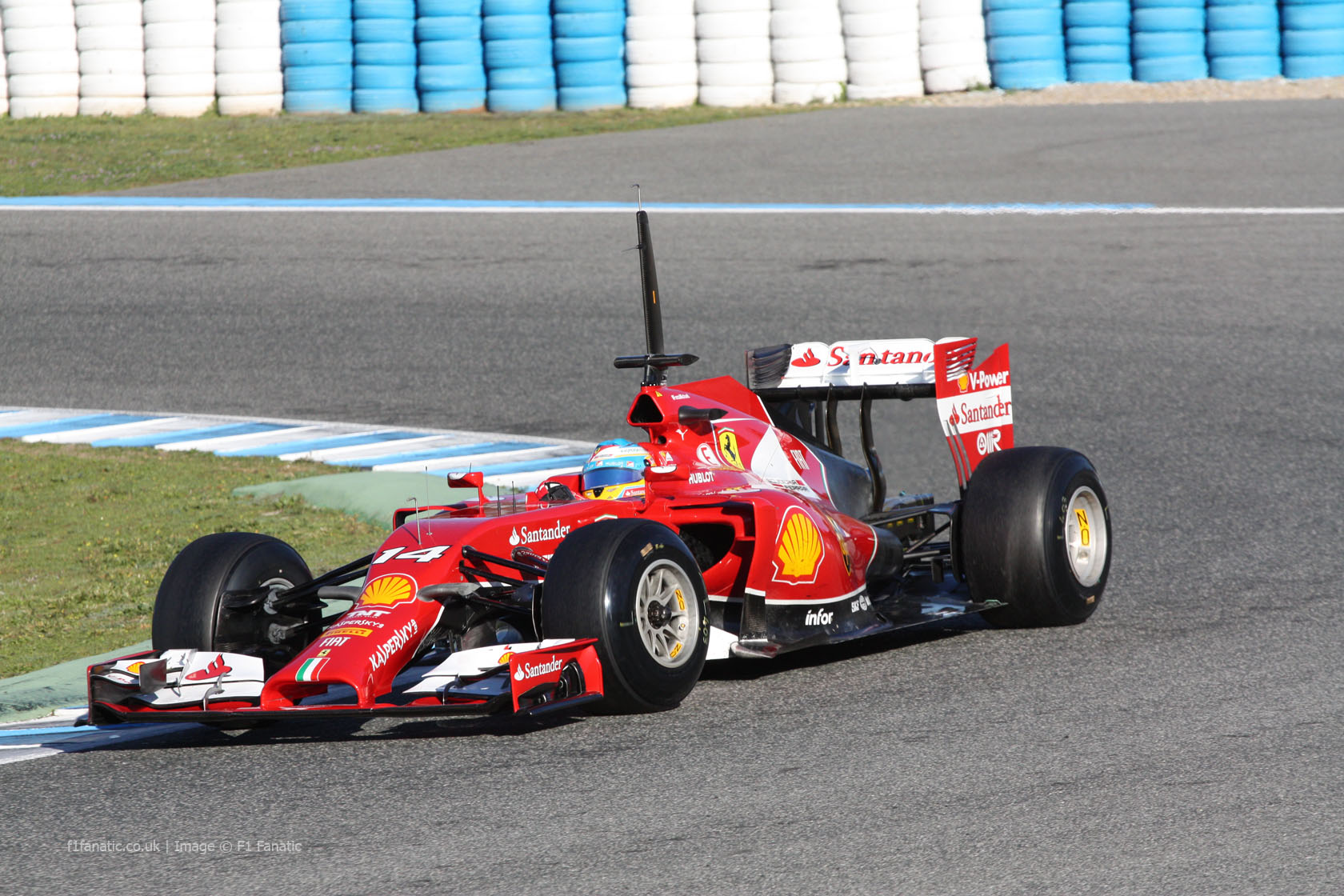 While some drivers, including Jenson Button and Valtteri Bottas, have praised the handling qualities of the new cars, Alonso found little to remark on about the change to V6 turbo engines.

“No big difference, to be honest,” said Alonso after covering 58 laps in the Ferrari F14 T today.

“There are some parameters to control, more than last year, but at the end of the day I think we will get used to very quickly,” he added.

“We have to manage one battery. It was the same last year. This year is bigger because there’s multi-function things, last year was only for the KERS.

“In terms of driving input I don’t think that it will be a big difference these 2014 cars.”

Alonso’s productive first day in the car was in stark contrast to the situation at Red Bull, who have completed just 14 laps in three days. But Alonso is not writing off his rivals this early in the season.

“Obviously it’s not our main focus at the moment the others are doing. We have a lot of things going on inside our garage. So we are not looking too much outside.

“I know they have some little running so far but plenty of time until Australia so they will put things in place I’m sure, quickly. So let’s concentrate in our things and we see what happens in Australia.”