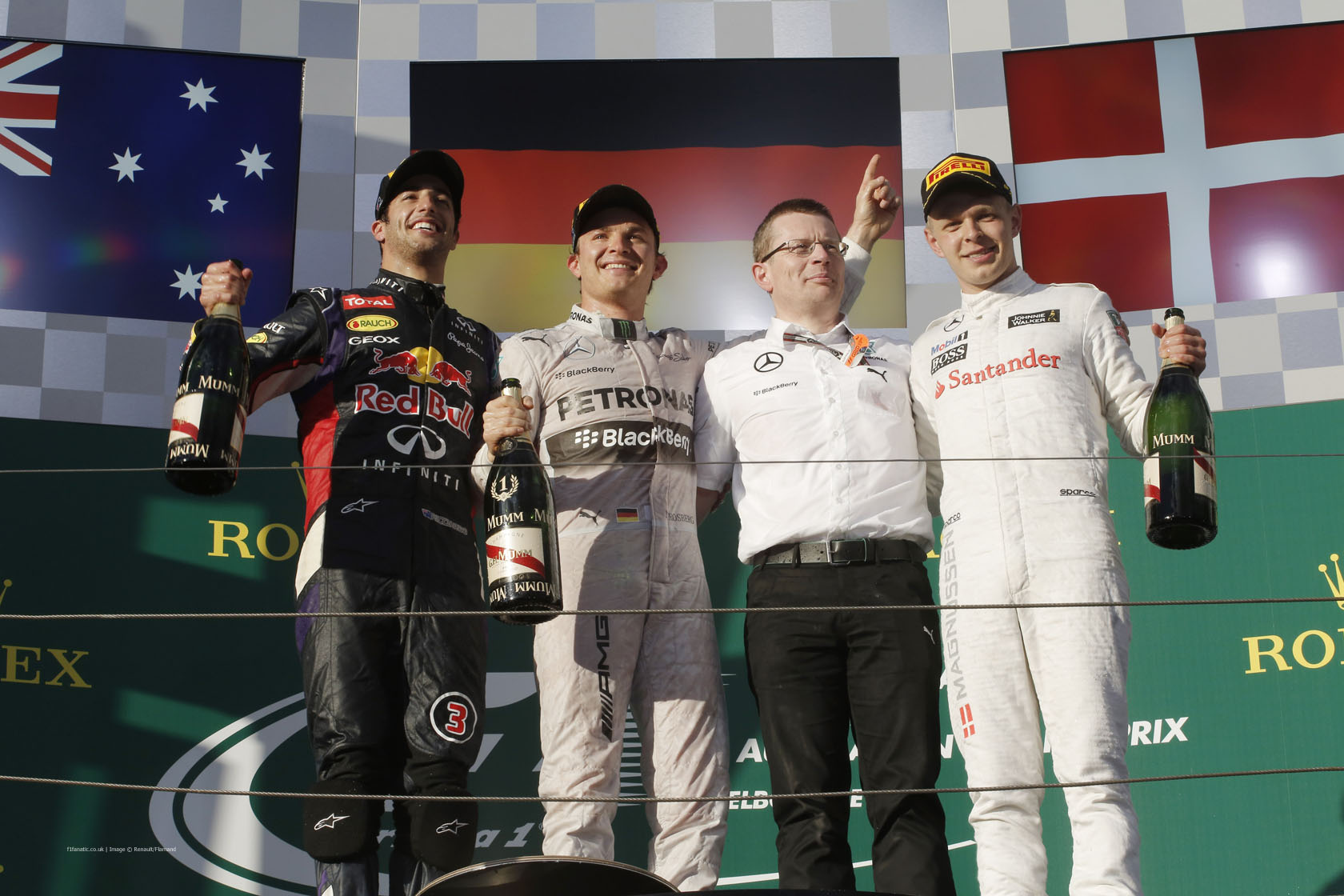 McLaren racing director Eric Boullier described Kevin Magnussen’s drive in the Australian Grand Prix as “one of the finest performances by a Formula One rookie in living memory”.

Magnussen finished third on the road and was promoted to second place by Daniel Ricciardo’s exclusion.

“Despite his youth and inexperience, he drove like a man who’d notched up 100 grands prix already,” Boullier.

“It was a complex and challenging race, yet he managed those complexities and challenges faultlessly.”

Boullier also praised Jenson Button’s climb to an eventual third place from tenth on the grid, following his setback on Saturday.

“Jenson recovered skilfully from his disappointing qualifying result, which was the result of his not being able to put in a final quick lap owing to inopportune yellow flags, and drove the sort of measured yet combative race that he’s become famous for,” said Boullier.

“Kevin scored 18 of the 33 constructors’ world championship points we racked up today, Jenson 15, and both guys drove superbly,” he added.