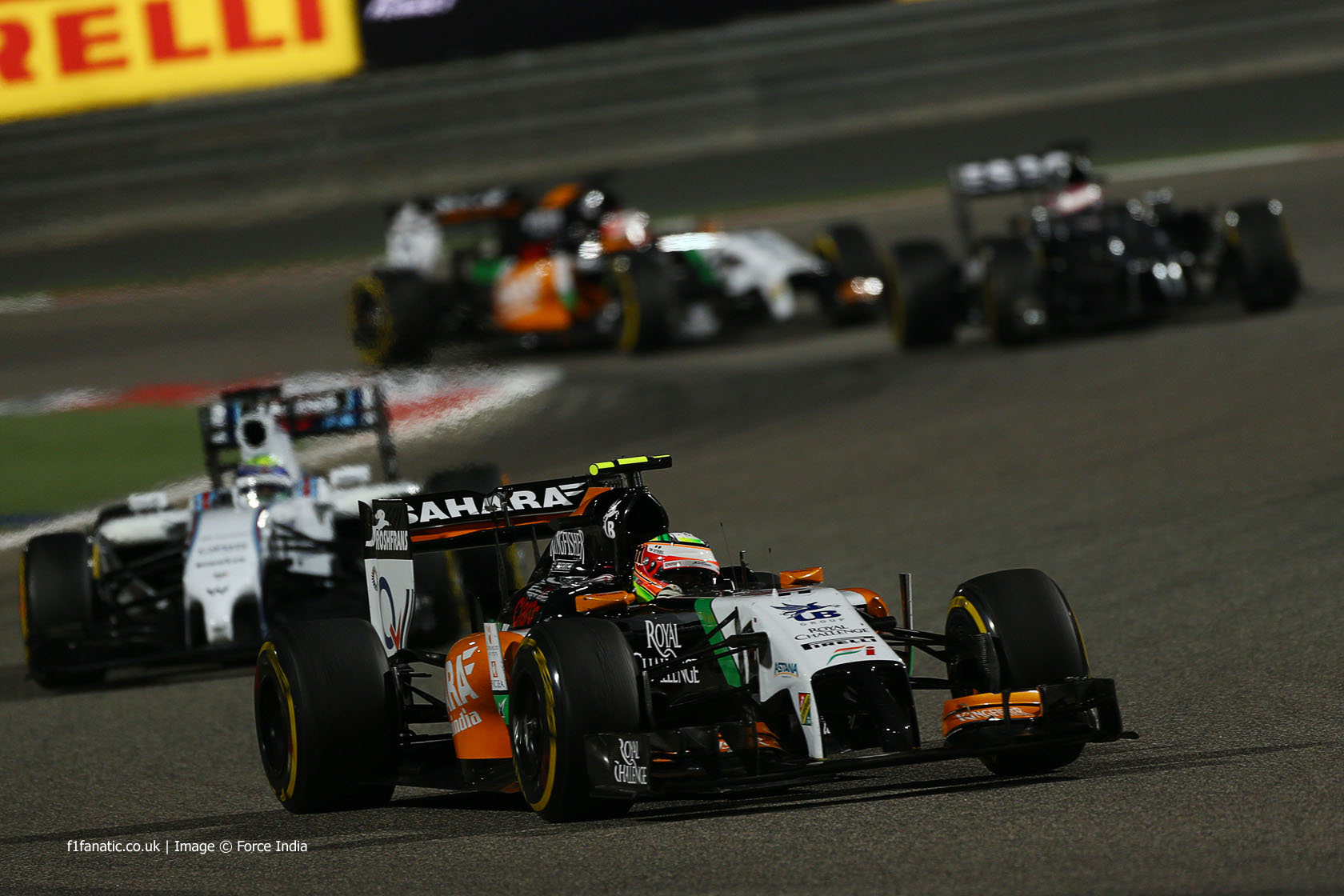 Sergio Perez said it was an “amazing feeling” to claim a podium finish for Force India in the Bahrain Grand Prix.

“This podium is an amazing achievement and one of the most special results in my whole career,” said Perez.

“This is a massive confidence boost, especially after the very hard season I had last year, and it was the hardest-fought podium I ever had.”

Perez’s last appearance on the rostrum since Monza in 2012. He crossed the line today less than half a second ahead of Daniel Ricciardo.

“It was an amazing feeling to cross the line because the last few laps were very difficult<" said Perez. "I had to keep up the pace and I knew the Red Bulls were coming." "In the end we managed to stay ahead and score this very special result in only my third race with the team." Perez also came out on top of a battle with Nico Hulkenberg earlier in the race, we he said was a “great fight”.

“When he got ahead of me after the first stop, I tried to keep my head down to get back ahead. I managed to do that when we were fighting with the Williams and that was the crucial moment.”

Team principal Vijay Mallya described it ass “one of the greatest days in the history of our team”.

“It’s been a long time coming, but it’s very satisfying to see Sahara Force India back on the podium after so many near misses in recent years.”

46 comments on “Perez thrilled by “hardest-fought podium ever””